2 Comments on Cognac – a beginner’s guide

With The Cognac Show just around the corner, we’ve been investigating France’s most famous spirit. But what is Cognac, where is it made and how do they make it?

Cognac is the name of a town on France’s west coast, the region around the town and the brandy that’s made there. Within Cognac there are six sub-regions: 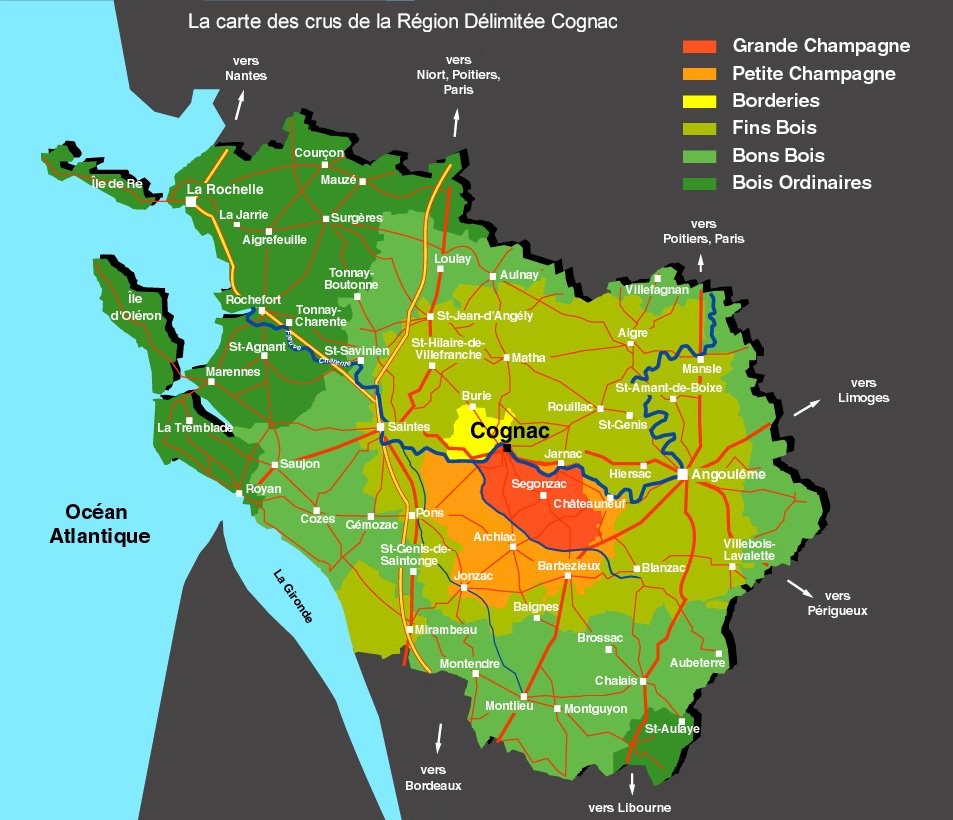 Grande and Petite Champagne are considered the premier crus, with grapes from the pair producing the most traditionally high-quality Cognacs. The other regions are often seen as being not as good, but each has its own distinct character which is important when blending to create a final bottling.

Producers start out with an acidic, low-strength white wine, normally 8-10% ABV. It’s not great for drinking on its own, but it’s the perfect base for making Cognac. The acidity helps the wine stay fresh and the lower strength helps develop the elegant flavour profile for which Cognac is known. 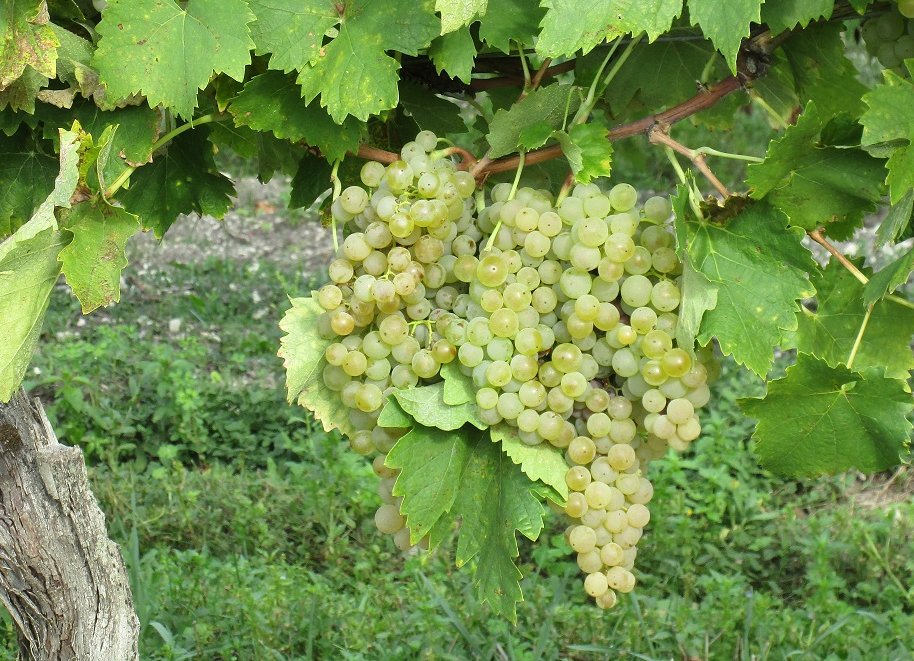 Ugni Blanc on the vine

There are a small number of grape varieties that can legally be used to make Cognac, but the most popular is Ugni Blanc, making up more than 98% of the region’s vines.

Once the wine is finished, it needs to be distilled to create the spirit that will be matured to make Cognac. By law, Cognac must be distilled twice using copper alembic stills, the same sort of pot stills that are used to make many whiskies and rums. 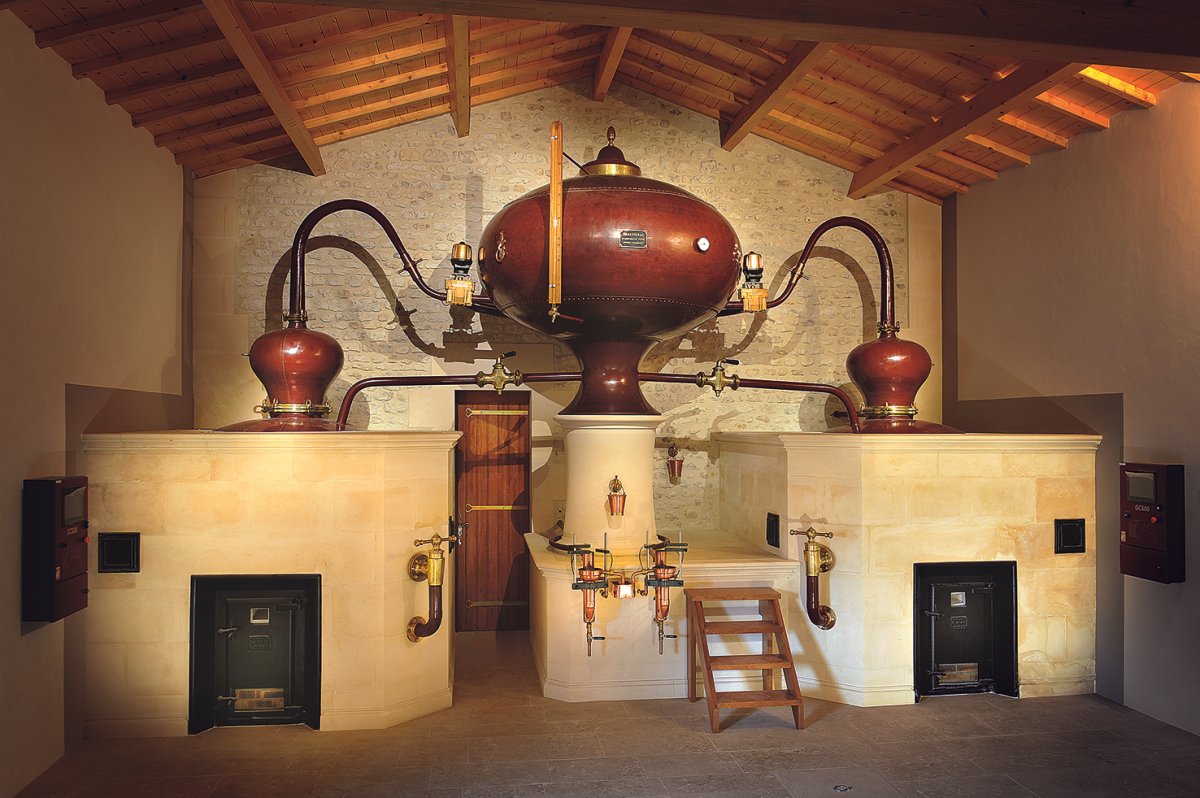 The alembics at Chateau de Montifaud – they look a bit different to whisky stills, but they are basically the same

The first distillation – le premier chauffe – concentrates the wine’s flavour, aroma and alcohol, creating a brouillis – low wines in whisky terminology – of around 30% ABV. For the second distillation – le bon chauffe – a small amount of spirit is discarded at the start of the run – la tête, the head – after which it is collected as la coeur, the heart. Once the spirit has dropped in strength and is no longer tasting good, the distiller stops the cut, and the rest is collected as les secondes, the tails. Depending on the style of spirit being produced, the tails can be added to the wine or the brouillis on the next distillation run, ensuring that they aren’t wasted.

To make things more difficult, distillation has to be completed by 1 April following the grape harvest. This helps ensure that the wine doesn’t hang around too long before distillation and also marks the beginning of Cognac’s system of counting age.

After distillation, the collected spirit is clear and must be matured to become Cognac. Regulations for maturation are as strict as they are for the rest of the process. To start with, the casks used to mature the spirit must be made using French oak similar to that from the Limousin or Tronçais forests, situated to the east of Cognac, in the centre of France. 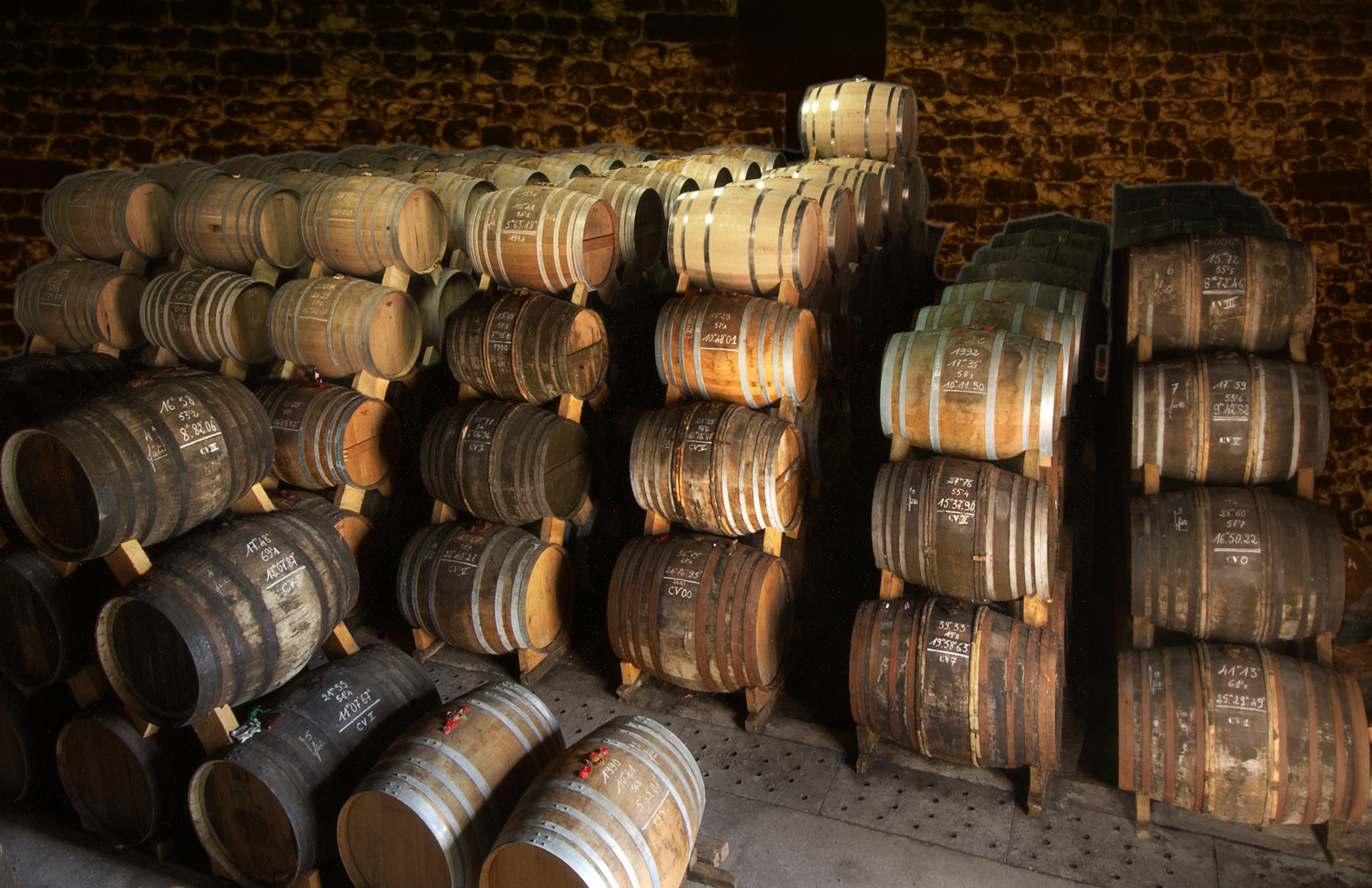 Dans les chais – in the cellars at Courvoisier

Next comes the actual age of the spirit, which is measured from the end of the distillation period in which it was made: everything produced up until 1 April in the same year counts as being the same age. These ages are counted using the compte system:

The count goes up to compte 10, after which everything is classed as the same age by the system. 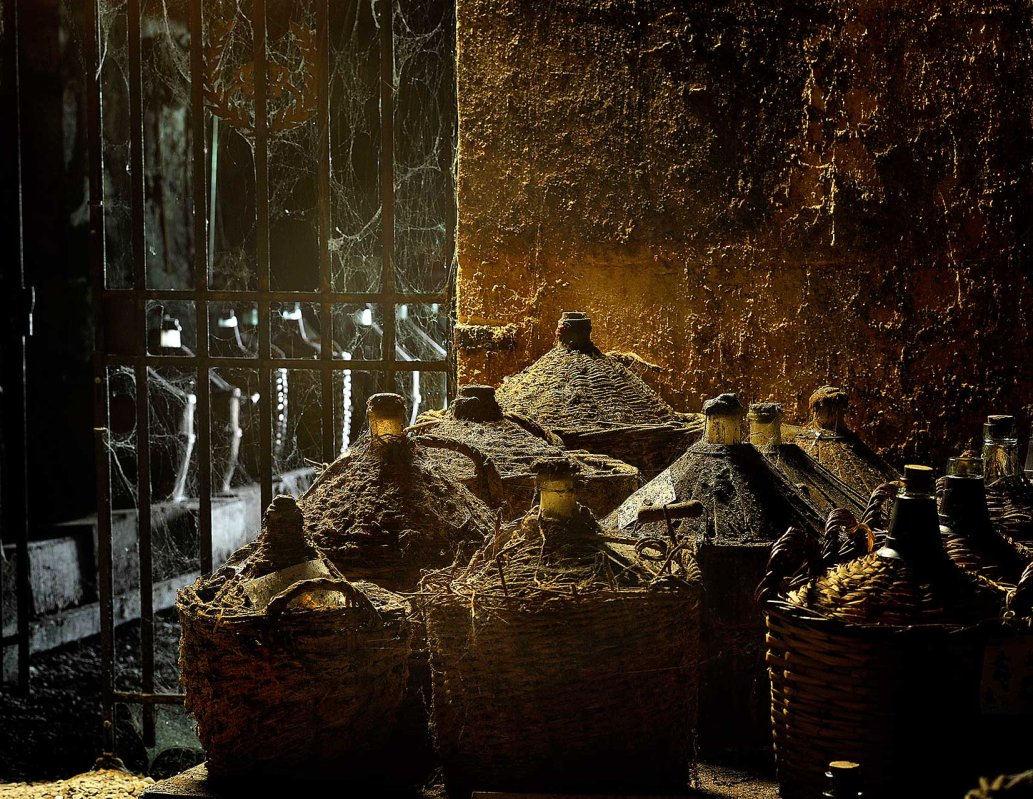 But not all maturation happens in oak, and when the cellar master believes a Cognac no longer needs to be in a cask, it is transferred to glass demijohns – bonbonnes – where it can rest for decades until it is needed. The oldest Cognacs, reaching back into the 19th century, can still be found deep in the producers’ most precious cellars – the paradis – waiting until they are needed.

Previously, XO was compte 6 and Napoleon was an unofficial name for the same thing – they are now separated to give an extra category for Cognac that has been matured beyond the compte system of counting.

While you can increasingly find single-vintage and even single-cask Cognacs, blending has traditionally been at the heart of production. Each producer will have their own style, created over years of distilling and maturing eau-de-vie, and blending the mature Cognacs. 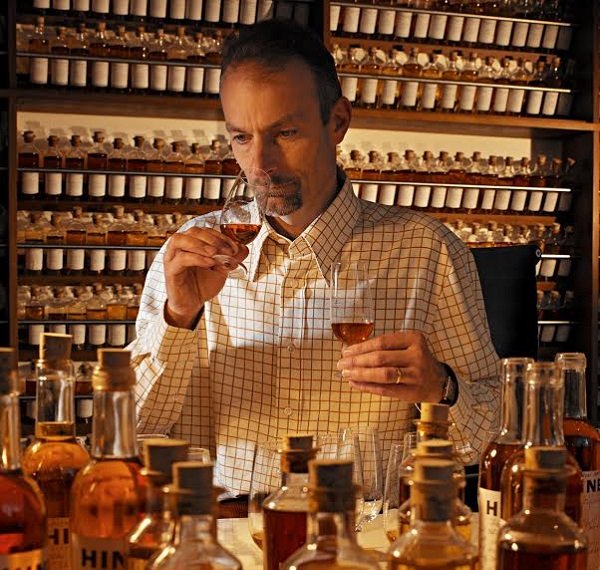 The final Cognac is created by the master blender – known as the maître de chais, the cellar master – using the eaux-de-vie available to create a brandy that fulfils a brief. Whether it be a mass-market VS that is consistent from batch to batch, or a one-of-a-kind ancient bottling, using the finest Cognacs from the paradis, the blender controls the final product.

Despite being France’s most famous spirit, Cognac has been more popular outside of the country for centuries. This can be seen by the classifications: they are all abbreviations for English terms. While England topped the Cognac consumption league table for years, we have been knocked off the top spot by the USA and also passed by China, who between them drink more than 10 times as much as we do.

Still, the smaller producers often don’t get far from home, and it can be hard to find their brandies. Outside of the four major producers – Hennessy, Rémy Martin, Martell and Courvoisier – and the smaller houses who are chasing them – including Camus, Hine and Frapin – there are still a huge number of producers making Cognac in their own style, waiting to be discovered. There’s a whole world of Cognac to explore.

You can find a wide range of Cognacs on our website, including an A-Z of Cognac producers. If you want to learn more make sure to come to The Cognac Show – the UK’s first Cognac festival. It runs from 27-28 April 2018 at Bloomsbury House in London and tickets are on sale now.

[…] Alternatively, check out our Top 10 Whiskies and Top 10 Cognacs, or continue your education with our Beginner’s Guide to Cognac. […] 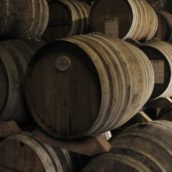 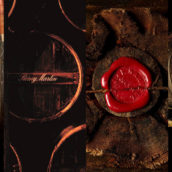