The Cognac business is a strange one. It is dominated by the Big Four – Hennessy, Rémy Martin, Martell and Courvoisier – but there are hundreds of producers in the region. Cognac is built around blending, and while the Big Four may have more bottles with their name on than anyone else, the spirit in the bottles is sourced from a host of smaller companies. Along with the growers, winemakers and distillers, there are also many smaller Cognac blenders, the houses that haven’t garnered the international fame of the Big Four.

Before you drop into the realm of the tiny Cognac makers, there is another tier that sits between them and the Big Four. I’ve been calling them ‘The Not Quite So Big Three’: Camus, Frapin and Hine. 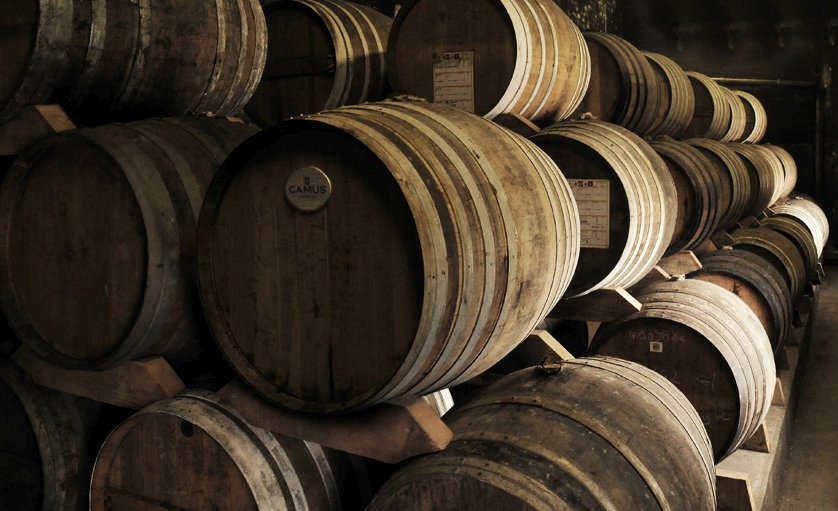 Camus casks, cool and collected in the cellar

The fifth-largest Cognac house and largest independently family-owned producer, Camus sits just outside of the Big Four, producing Borderies-focused bottlings. As the largest landowner in Borderies, Camus has access to a wide range of eaux-de-vie from the area, and has been working with the distinctively nutty and floral character since its 1863 founding. It started as a consortium of growers with Jean-Paul Camus at its head and over time grew to become the company it is today.

After 200 years of operation, the company almost went bankrupt in the 1960s, but saw the potential in the burgeoning duty-free market – to this day, Camus is a mainstay of travel-retail shelves and is found all over the world. With its survival secured, Camus continued to grow, and its range has grown with it, offering a wide range of styles and flavours. If you’re looking for a place to start, Camus Cuvée Cognac is our Spirit of the Month for April, with £6 off all month… 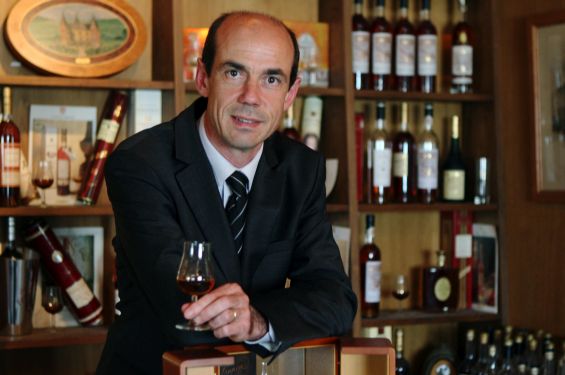 Despite a long history, Frapin only really became well known in the past 30 years. Based at the beautiful Château de Fontpinot in Segonzac, to the south-east of the town of Cognac in the heart of Grande Champagne, its production focuses on grapes from its own estate. The château’s eaux-de-vie have been sought after for generations, and until the 1980s they were all bought by Rémy Martin for inclusion in its assemblages.

In the 1980s, Frapin began to bottle its own Cognacs again, reviving its name as a commercial producer, rather than just as a grower and distiller. Large stocks of well-aged eaux-de-vie and a foward-looking approach have allowed the house to create an award-winning range, from the complex Frapin VS – a rare Grand-Champagne-only VS – and long-aged Château de Fontpinot XO, to the yearly lauded multi-vintage Multimillésime blends. 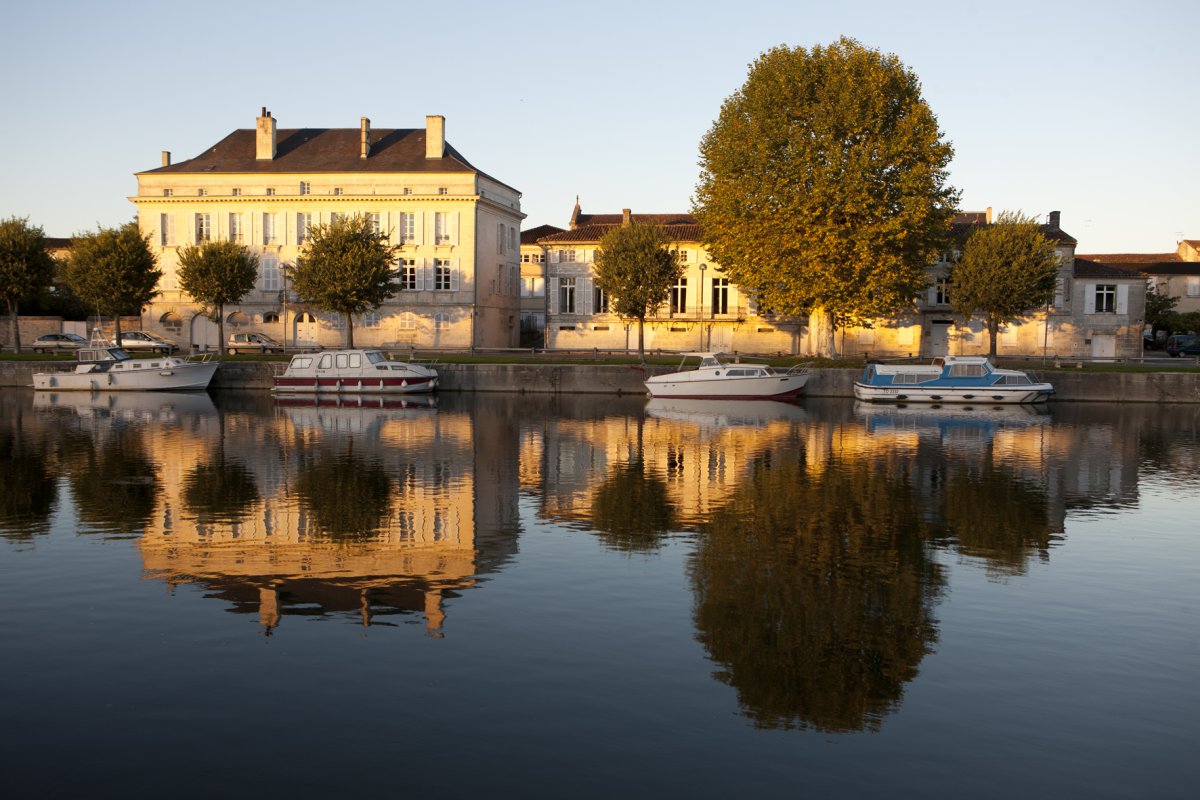 Hine House on the banks of the Charente at Jarnac

Another house with origins overseas, Hine is named after Thomas Hine, formerly of Dorset. He arrived in the late 1700s and married into the Delamain family, already a dynasty of Cognac producers. In 1817, his branch of the family’s business was renamed Thomas Hine & Co, and the modern company was born. While Hine is now owned by a private French company – with a history that also features ownership by The Distillers Company, one of the companies that eventually became Diageo – the family is still involved, with sixth-generation Bernard Hine helping guide it since he started work on 1 August 1963.

Hine is best known for its single-vintage Cognacs and for a very British tradition – early landed Cognacs. Once a lot more common, the buying of young Cognac and its shipping to England to mature has been a tradition since the early days of commercial production. Hine is one of the small number of producers that still practise early-landing, and its Bristol cellars are full of casks waiting to see the light of day.

The Not Quite So Big Three will all be at this year’s Cognac Show, along with the Big Four and a host of other exhibitors – it’s the perfect opportunity to explore the world of Cognac. The show takes place on Friday 27 and Saturday 28 April at Bloomsbury House in central London and tickets are available from the Cognac Show website.

[…] However, the first half year was all about Cognac for us, both in the company in general and here on the blog. We spent the first few months of 2018 brushing up on our boiled wine skills, with a Beginner’s Guide, a How to Drink Cognac post, and breakdowns of the major players – The Big Four and The Not-Quite-So-Big Three. […]