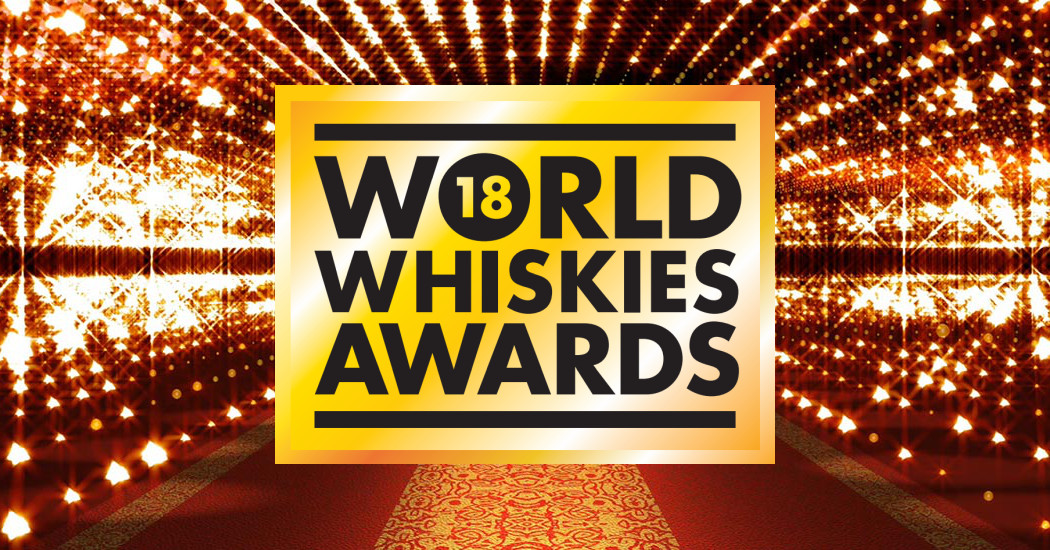 As usual, March sees the announcement of the first big whisky awards of the year – The World Whiskies Awards. If you just want to see who won, skip to the bottom of this post or head over to our big list of winners that we have in stock. Otherwise, read on…

I’ve been a judge for the World Whiskies Awards for the past few years, and there’s one element to it that sets it apart from other awards – the word ‘World’. While other whisky awards accept whiskies from around the world, they usually divide each country’s up into their own categories. The WWAs do that at first, but for the final awards everything is rolled up to give us winners across wide categories – there is a ‘Best Speyside Single Malt 12 and under’ (it’s Singleton of Dufftown 12 Year Old this year), but there’s also an overall Best Single Malt award, from anywhere in the world.

The fall of Scotch whisky

When I first started paying attention to the awards, back in the dark days before I started working in the world of drinks, it was dominated by Scotch whisky, with occasional flashes of brilliance from Japanese whiskies. But over the past few years, things have started to change. Yes, best corn whiskey is always from the USA, but the single malt and blended malt categories have been a battleground.

From the Nikka Taketsuru and Suntory Hibiki ranges’ domination of the blended and blended malts categories, to the more recent emergence of Australia and Taiwan as winners of the World’s Best Single Malt award, times are definitely changing. However, Scotland has reclaimed back the single malt crown and held it for the past couple of years so the pressure is again on the newcomers. 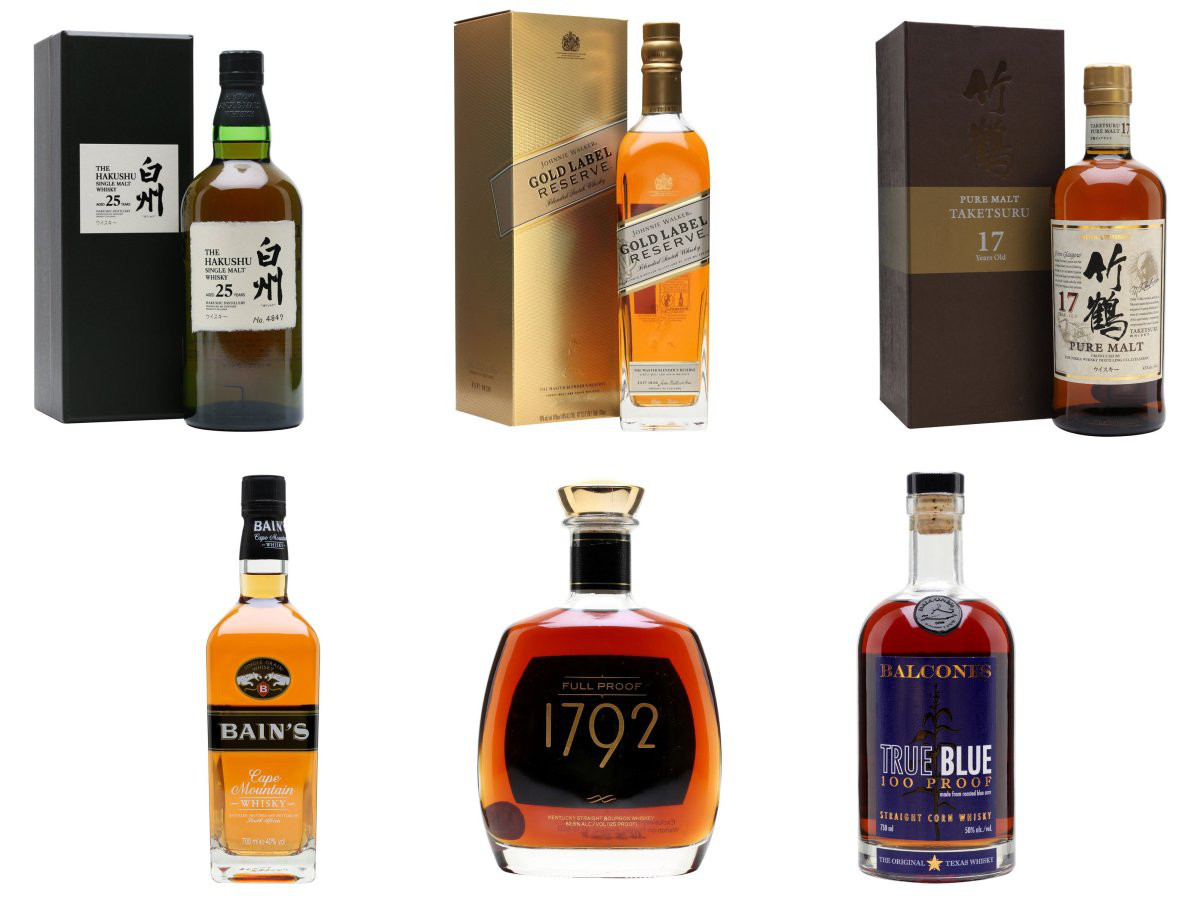 An interesting set of results, with only one Scotch whisky appearing in the top categories. While it’s nice that Johnnie Walker has reclaimed the blended whisky crown, the single malt and both blended malt awards have gone to Japan. It strikes me as a sign that worries over the quality of Japaese whisky, now that it has become immensely popular and sought after, may not be entirely justified. That said, the three prizes did go to the three most-respected Japanese producers…

The biggest upset has to be the Best Pot Still award – I’ve been thinking a lot about pot still whiskey recently, so was keeping a close eye on the result. In previous years, it hasn’t even been named as ‘World’s Best’, simply being Best Irish Pot Still, but this time Ransom has snuck in and grabbed the gong. I suspect Irish Distillers, the only Irish producer with pot still whiskey on the market, won’t be pleased.

You can find all of the category winners over on our World Whiskies Awards 2018 page.

The WWAs is the inaugural event of Whisky Live London, and we’ll be down at the show both tonight and tomorrow – if you’ve not got a ticket you can get one here. Make sure to pop by The Whisky Exchange and try some of our exclusive bottlings.

No Indian whisky at all? Not not cool.

This is just the top awards – there are a few Indian whiskies in the underlying categories. You can find the complete awards list here:
http://www.worldwhiskiesawards.com/winner/Whisky/2018/taste

Sounds great. Would love to buy a couple of them. Too bad none of them are available to buy.

They flew off the shelves, thanks to just having won awards 🙂
We have the Hakushu and Johnnie Walker and will hopefully have the ones linked in the post back in stock again soon. Unfortunately the Sullivan’s Cove and Ichiro’s Malt and Grain won’t be back, as they were both limited editions that won limited edition categories and are now sold out.

“They flew off the shelves, thanks to just having won awards.” – fair enough, and probably true, but it does call into question the role that awards themselves play: whether to reward excellence or to help generate sales.

That’d be a bit of both: the awards are given to celebrate excellence, the companies enter to hopefully get one and then sell more bottles.

It probably would be a bit of both – but thinking back to recent comments by Dave Broom on whiskies of the past and on scoring, it kind of calls into question whether a whisky of the present (or past) can really be better than another rather than just different… so if celebrating excellence isn’t really on the table in a tangible sense, aren’t we left with selling more bottles?

If you think that no whisky is inherently better than another (which is an interesting reading of what Dave Broom has said – he does write whisky reviews with scores every week) then by definition competitions have no meaning and you should ignore the results. However, most people (me and Dave included) think there is a ranking of quality, and as such I think that competitions still have their place. Yes, they help sell whisky, but you’d hope that better whiskies would sell more.

Well, that is the issue: Broom writes reviews of whiskies with scores on one hand while saying that whiskies of the past weren’t better, just different and that people pay too much attention to scores on the other. So really I don’t know what to think, as expert opinion boosts quality and sales with awards and high scores while, at the same time, telling me that people are just “fetishing” the past if they believe quality to be slipping in the present.

A caption in Broom’s article asks “Rose-tinted specs: Was whisky really better in the old days, or is it all just hopeless romanticism?” – well, if it’s the latter, where does that leave the idea of inherent quality, or is the issue about who can and can’t identify it? Broom believes in “the continual, incremental improvement” of whisky processes but I’m not sure that people who don’t find constant improvement reflected in what they’re currently buying are necessarily harkening back to some perfected Golden Age of Whisky, as opposed to saying that they are noticing overall available quality starting to backslide as production resources are stretched ever thinner in recent years.

Furthermore, I don’t know if all the continual, incremental improvement matters if it’s impossible for any era of whisky production to be a general improvement on another anyway and whisky can’t somehow be better than that of another era in any case, only different. With the march of progress, are we, overall, seeing better products now than those sold 10, 20, 30 or more years ago or, with vastly expanded demand, is whisky seeing the wider dilution of many of the elements that make whisky better (better casks and more rather than less time in those casks) while we pretend that reduction of those elements simply doesn’t matter?I think it could be that we’re fetishing the present as much, if not more, than the past.

You’d need to take that up with Dave Broom 🙂 For another point of view (and a direct answer to Dave’s post), I’d recommend having a look at The Whisky Sponge’s April Fool’s Day post, his one serious post of the year. I come down between the two of them in my opinion of older whiskies, but definitely more towards the Sponge’s side.

In the end, awards assume that people think that there is a possibility of ranking by quality – something I agree with.

I have been eyeing the 1792 for some time. I guess it’s time to go check it out. My next venture will going into the single malt scotch. Do you have any suggestions for a beginner in the scotch world? I love my bourbon, but I’m interested in branching out.

There are lots of different approaches to jumping into Scotch whisky: I go for a combination of the kill or cure approach along with something that almost everyone likes 🙂

I’d start out with a couple of classics: Glenmorangie 10 Year old and Dalwhinnie 15yo. The first is light and zesty, the second richer and maltier: both easy entries into two of the styles of Scotch whisky. I’d follow them up with Ardbeg 10 and Lagavulin 16: big smoky monsters. That’s the kill or cure bit – if you don’t like the smoke, avoid peaty drams for the time being, but make sure you check in from time to time, as palates change.

From there, you should know some basic information about what sort of things you like, and from there the world’s your oyster. Pop by our Facebook group and ask “where should I go next” – you’ll get more than a few answers 🙂