2 Comments on Whisky Stories – Your Turn

Our latest Whisky Story comes from Dan, who recounts a tragic tale of an icy lake and a bottle of Glenlivet. Please keep sending us your own Whisky Stories – we’ll be publishing more of our favourites over the coming months.

Over the past two years, I have been taking whisky for wanders around the coastal, mountainous and interesting locations that dot the land.

During a cold, crisp Sunday morning in February, we went for a wander around a local woodland littered with a series of lakes with a bottle of The Glenlivet 18 Year Old as the whisky of choice. 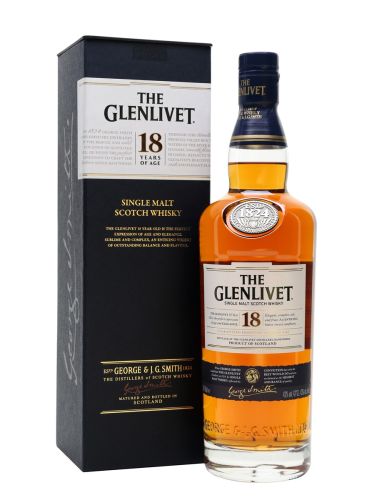 About halfway round the lake, there was a much smaller, almost pond-like expanse of water covered in ice. Having had experience with whisky shoots on ice, I thought this location would be apt for a photo.

A crack in the ice…

I removed The Glenlivet from the bag and gently placed it on the ice, much to the displeasure of my parents who cited structural issues. Then, as I removed my glove to retrieve my phone from my pocket, I suddenly heard an abrupt crack in the ice.

As I turned to face the bottle, the crack rose to a crescendo at which point the bottle became submerged and quickly disappeared into the freezing abyss.

Instinctively, I rolled up the sleeve of my fleece and attempted to retrieve the bottle from the floor of the lake to no avail. Minutes went by at which point I realised I would not risk my arm developing hypothermia in order to salvage the whisky.

After coming home from work two days later, I walked into the dining room and what was I met with? Yep, you guessed it…The Glenlivet 18 Year Old – battered and bruised, but drinkable!

What happened? As I was working at my local wine merchant, a plan was underfoot to recover the lost bottle. Orchestrated by my stepfather and trusting neighbour, the plan involved using an extendable net, rake and set of rather comfy waders.

An hour went by scouring the floor of the lake with both the rake and net, and it seemed that hope of finding it had run out. Then, at the bottom of a small ridge, there was a dink of metal on glass, and The Glenlivet was raised from the icy abyss to jubilation and relief from my stepfather and neighbour!

In hindsight, placing a heavy bottle of whisky on a paper-thin blanket of ice was one of the silliest and dim-witted ideas I have ever had. Since it was recovered, I have made a pact that a similar landscape will never host a bottle of whisky for photographic purposes!

A happy ending – wonderful! Thanks to Dan for sending his Whisky Story to us. If you have one, we’d love to hear from you.

What a great story Dan! very entertaining, but yes better stick to safety with an 18yr old 😉

Thank you – we liked it a lot! 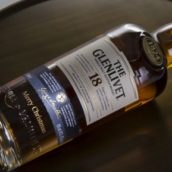