If you don’t know what I’m talking about, check out our Diageo Special Releases: What are they? post to find out more. I was very privileged to be invited to a preview tasting, giving me the chance to try this year’s complete range of Special Releases and chat with Diageo master blender Maureen Robinson about the whiskies. Here’s what I found out. 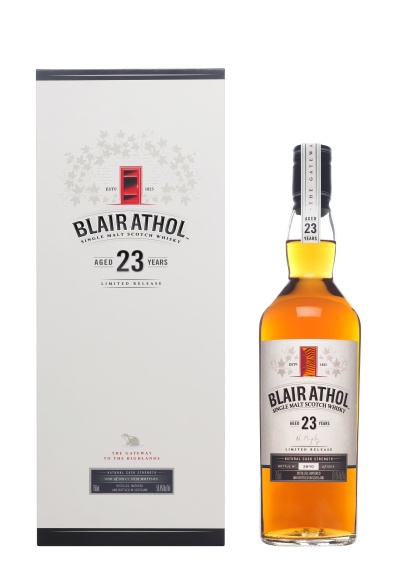 The most straight down the line of the entire 2017 range: a 23-year-old whisky matured in European oak ‘bodega butts’ – casks seasoned with sherry or sherry-like fortified wine. It’s the first appearance of Blair Athol in the Special Releases and the blenders have gone for the style of whisky that the distillery is best known for: big sherry.

Nose: Sour apples, green leaves (tarragon and mint) and chocolate with a hint of sandalwood. Sultanas and raisins build along with candied peel and brown sugar. Water brings out orange zest, candy necklaces and floral hints.

Palate: Rich and rounded with toffee and caramel sauce drizzled over singed fruit cake. Light notes of sweet baked apple float over the top, along with light, spicy fruit cake. Darker and more savoury notes of damp earth and green leaves hide underneath. Water dials up the savoury notes, revealing barrel char and bitter cocoa but balancing it with sweet cream.

Comment: I said it was ‘straight down the line’ but the character isn’t quite what I expected: a combination of sweet and savoury that delves more into the herbal and darker side of sherry-cask character. 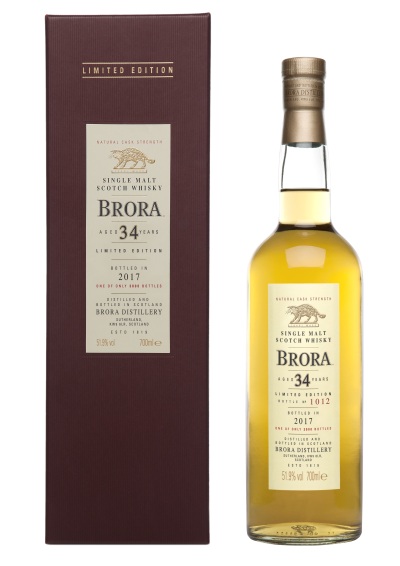 The second most feted bottling in the line-up, and increasingly the one that whisky fans get most worked up about. There’s a solid number of bottles this year, with 18 American-oak hogsheads making up the vatting, but the question remains: will we have another Brora in the Special Releases next year? I know that I ask that every year, but the chance of the answer being no is rising every time…

Nose: Damp hay, earthy notes and farmyard hints lead to gentle smoke and waxy apples. Cooked apples mix with stewed lemons and then overripen, sitting on the edge of mulchiness. The earthy notes reappear along with chocolate and hints of menthol.

Palate: Perfumed apple blossom explodes across the palate only to be rolled over by apples, chocolate and a touch of chilli spice. Damp forest rancio builds with sweet nuts, gentle smoke and Dutch liquorice.

Finish: Sweet liquorice and cocoa fade to orange and lemon, and then fragrant earth. Very long.

Comment: I’m a sucker for Brora and this didn’t disappoint. It balances waxiness and farmyards, with the smoke sitting further back than in some years. 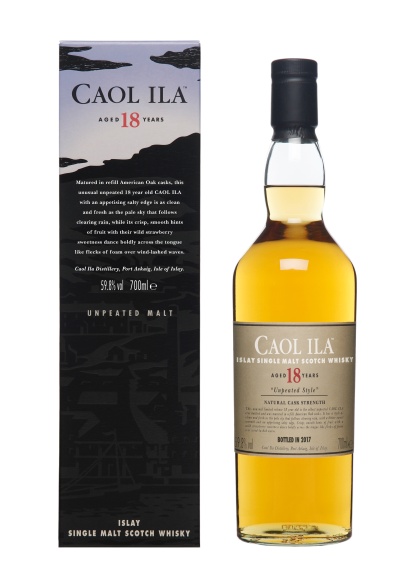 Another regular in the line-up: the yearly unpeated Caol Ila release. This is a vatting of refill American-oak hogsheads filled across 10 different dates and is the oldest Special Release Caol Ila for a while. The 18-year-old peated Caol Ila has long been a favourite of mine, but how does the unpeated version measure up?

Nose: Pine and pastry: Christmas biscuits hanging from the tree. Herbal notes run through the middle with black pepper and a hint of sea spray. Water amplifies the maritime notes and pulls back the pine to reveal sweet apple sauce and cinnamon sugar.

Palate: Softer than expected from the nose, with chocolate-covered caramel digestives, Garibaldi biscuits and apple sauce to begin. A big grind of black pepper pops up in the middle of the palate, followed by stewed peaches and honey. Sweetness builds, backed up by a wisp of smoke, leading to a plateau of fragrant apple blossom, apples and honeysuckle. Water brings out more fruit and a piny sherbert tingle.

Comment: A surprisingly restrained Caol Ila, but with layers of complexity. The distillery never quite gets rid of all the smoke when they switch to unpeated spirit and the lick of peat at the back helps balance everything. 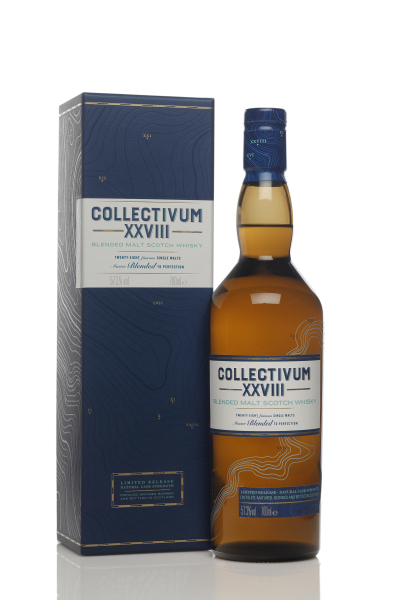 This was the final whisky to be revealed and is part of a tradition that has popped up over the past few years: one of the bottles in the range always seems to have been created specifically to annoy whisky geeks. The Collectivum is a blended malt whisky, vatting together spirit from all 28 of Diageo’s operating malt distilleries to create the first blend in the Special Releases. There’s been lots of speculation on the price, with assumptions of something rather big after the past couple of years of NAS Clynelish releases, but at £150 it’s surprisingly reasonable.

Nose: Chocolate cornflake cakes, red berries and waxy apples to start. Custard and cocoa sit underneath and a sprinkle of candied lemon lies on top.

Palate: Quite hot to start – it takes water well – with intense cinnamon and nutmeg spiciness. Orchard fruit comes in through the middle, surrounded by lemon and orange. Spice fades and then builds again, with liquorice and hints of smoke at the back.

Comment: A densely packed dram that needs time to reveal itself. A drop of water helps – while it’s great that the Special Releases are bottled at full strength, this one definitely needs a drop to show its full potential. 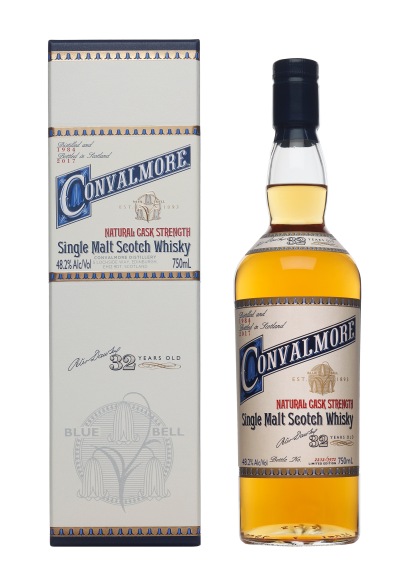 The fourth release of whisky from Convalmore, which closed in 1985. This one was matured in refill American-oak hogsheads and was all distilled on the the same day in 1984. Maureen pointed out that Convalmore fulfilled a very specific role when open, producing fruity and waxy whiskies for blending, but unfortunately during the 1980s’ downturn it was surplus to requirements and closed. Since then, its star has been rising and rumours of casks running out have been circulating.

Nose: Waxed apples and blanched almonds start, with mixed nuts jumping in with a squeeze of lemon. Zesty and floral touches sit on top with umami richness lying beneath. Water drops in orchard fruit, floral notes and a touch of acidity.

Comment: The nuttiness surprised me, but works really well with the classic cream-and-apple character. 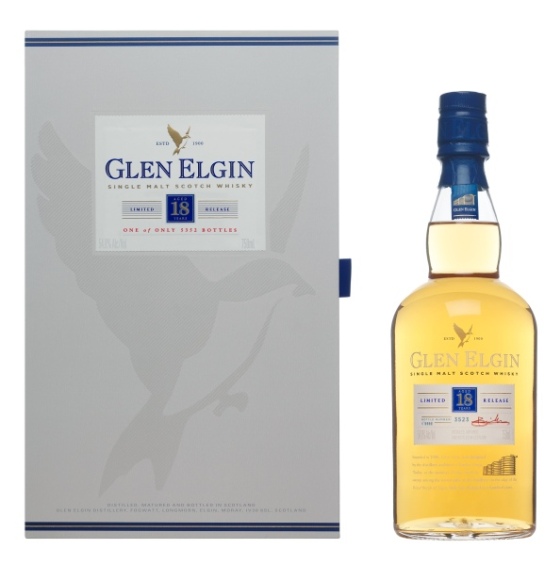 An experimental whisky from Glen Elgin, put together from a combination of European-oak bodega butts and hogsheads, and refill butts. Some of the spirit was distilled from wash fermented using pombe, a yeast more commonly used to make millet beer and first isolated in Africa – pombe is Swahili for beer. I’ve had a look around to find what flavours pombe is known to create, and opinion seems split, as it’s rarely used: more esters, fewer esters, more acidity, less acidity. I wasn’t sure what to expect.

Nose: Apple boiled sweets, toffee apples and freshly sliced apples to start – a big bowl of appley flavour. Lemon and honey roll in behind that along with foam bananas and a touch of tangerine.

Palate: Sweet and sharp at first, with candied lemons and sherbert. That steps to one side to reveal a pool of rich runny and crystallised honey surrounded by grippy apple skin. Darker woody notes appear around the edges along with a sprinkle of desiccated coconut.

Comment: I’m not sure what the pombe adds (if anything), but this had loads of fruit, with a tasty honey-and-apple core. 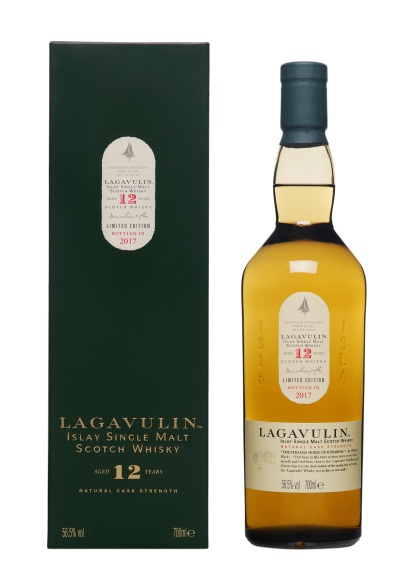 The most affordable bottle in the range as well as the most popular entry each year. Traditionally it’s a youthful and intense Lagavulin showing off the maritime side of the distillery’s character. However, with last year’s celebratory 8-year-old release still on the shelves, does this offer something different?

Nose: Mulchy leaves and meaty peat smoke with ash and mineral-laden smokiness building behind. Coal stoves emerge from the smoke with a layer of sweet peat on top, and a flash of mint. Water releases a burst of sea-spray and gentle oiliness.

Palate: Salted peanuts and green leaves surrounded by clouds of sweet peat smoke. Coal dust and char appear, with sharp apple, lemon and a touch of ash close behind. Water brings sweetness and an underlying layer of rich chocolate.

Comment: A full-on Lagavulin built around punchy smoke – sharper and more focused than the 8yo, but with an extra layer of richness and complexity hiding underneath. 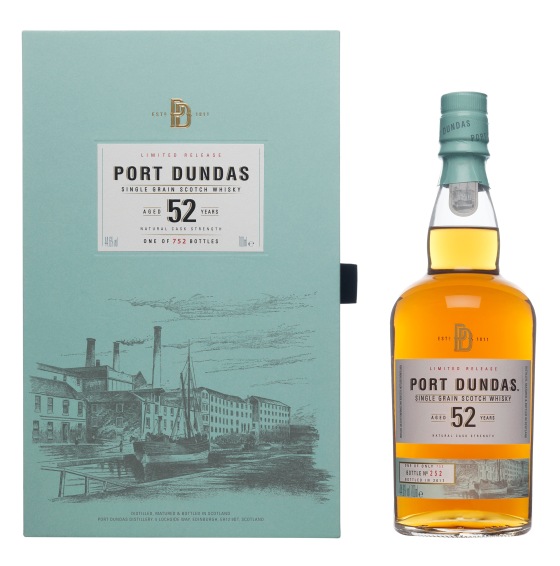 The now-expected grain-whisky release in the Special Releases, this Port Dundas is quite special: it’s the oldest whisky that Diageo have ever released, beating the Glenury Royal 50yo from 2003. The distillery closed in 2009, the same year that I discovered that I really liked its whisky, and has since become a favourite of grain-whisky fans. This release is made up of nine refill American-oak hogsheads, all filled on the same day.

Palate: Soft and sweet to start, with golden-sugar-dusted dark fruit cake. Berry fruit builds, both the blackcurrants from the nose and sharp redcurrants. The vanilla rolls in, with cream and egg-custard tarts backed up by a milk-heavy caffè latte. Water adds in further layers of fruit, from sweet Ribena down to dark blackberry compote.

Comment: A classic old grain with a combination of elegant and well-developed flavour from the long ageing, and fresh and zesty fruit that keeps it singing despite its old age. 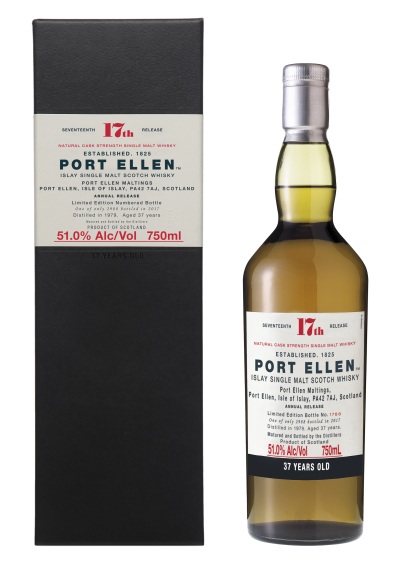 The biggest name in the yearly line-up and the most expensive bottle in the range. Each year I’m surprised that not only does Diageo have casks left, but that they’re still tasting really good – will the Port Ellen 17th Release be the final one? This is a vatting of eight casks, refill American-oak hogsheads and butts filled on two dates.

Palate: Soft smoke to start, with dry peat, coal and leather. Sugary notes appear, with stewed apples covered in sweet custard. As that starts to fade, it’s replaced by damp leaves, surrounded by more smoke and a handful of coal dust. A drop of water amplifies the smoke and adds further damp leaves to the fire.

Finish: More leaves, but spread across damp tarmac. Sweet apple appears and slowly fades to leave cocoa and a touch of minerality.

Comment: A refined and elegant Port Ellen, with the classic seaside/leather/citrus notes and enough sweetness through the middle to balance the flavours. 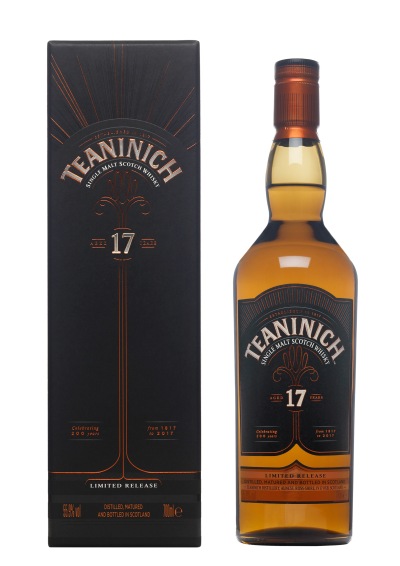 The final bottling (alphabetically) in the list and a celebratory one: it’s Teaninich‘s 200th birthday this year. More recently, the distillery has been in the news due to a huge expansion, doubling capacity, and for its mash filter – a device that replaces the more traditional mash tun – as it was, until recently, the only whisky distillery using one. This whisky, however, is from before all of that, back when the distillery was half the size and still used a mash tun. A look back at what Teaninich used to be like before all the more recent changes.

Palate: A big hit of syrupy sweetness kicks things off, following by caramel and candied lemons. Herbal notes creep in along with butter toffee and Granny Smith toffee apples. Water adds in layers of caramel, a hint of cider toffee, more cream and lemon.

Comment: The whisky that started our preview tasting and a great aperitif. Layers of fruit and spice, all of which changes with a drop of water.

All of the above are now available to buy on our Diageo Special Releases 2017 page.

You can find all the previous Special Releases that we still have in stock here.