David Stewart is malt master at The Balvenie, and has worked in the Scotch whisky industry for more than 50 years. We spoke to him about his career and his latest whisky, Balvenie 2002 Peat Week 14 Year Old. 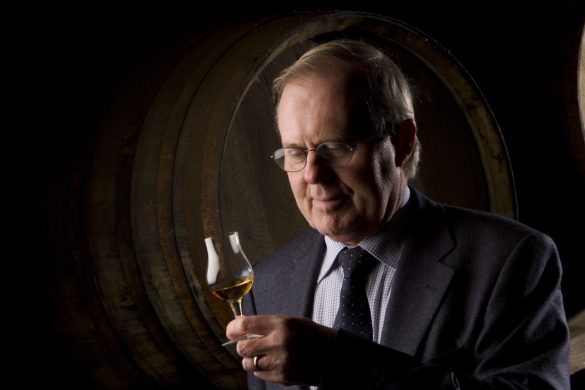 1. How did Balvenie Peat Week come about?

We started some trials with peat in 2001 and did a small run of peated whisky for just one week a year. Peat Week is peated to 30ppm, which comes out at about 5-6ppm in the finished spirit. I didn’t want the peat to dominate, just give a soft, subtle smokiness in the background. It’s Highland peat, too, not from Islay, so it’s less seaweedy and more grassy and herbal. It will appeal to people who drink smoky whisky, and those who like Balvenie will try it and not be disappointed – it’s still got the DNA of Balvenie: honey, citrus and vanilla.

2. How long have you been working at The Balvenie?

I started off as a whisky stocks clerk in 1962 – I didn’t even know what a master blender was. I was brought in to do clerical work: stock ledgers, passing invoices, that sort of thing. Then they brought me into the sample room and I got more involved in the business. When I joined, there was no single malt whisky; it was all blended. I’ve seen how Glenfiddich has grown. The industry has contracted but at the same time, there’s a lot more interest. Twenty years ago, people didn’t really care what their whisky tasted like – they just bought a bottle and drank it. 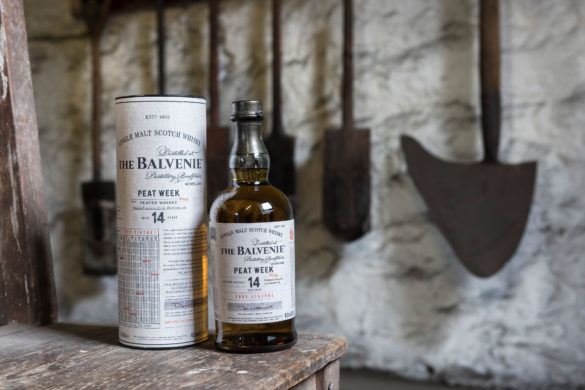 3. Who do you admire in the whisky industry?

All the other blenders! Richard Paterson, Bill Lumsden, Colin Scott, Rachel Barrie, Jim Beveridge – I know them all. And the thing is, we all know what each other’s challenges are and we depend on each other. For example, we use 40 different malts in our blends; Diageo takes our grain which goes into Johnnie Walker, and we send tankers into their distilleries and take their new-make spirit away!

4. What does a typical day for you involve?

Well, I live in Glasgow; I’m not based at Balvenie, which shocks and disappoints a few visitors! I go up to the distillery two to three times a month and when I’m there, I’ll meet visitors or nose a whole vatting of whiskies. But normally, I go to our head office at Strathclyde Business Park and head for the sample room. And then there’s the travelling round the world whenever we do a launch.

5. What do you drink when you’re not drinking whisky, and what hobbies do you have?

I enjoy white wine, particularly from France or South Africa. I also like Guinness, and I really like golden rum, which is probably the closest thing to whisky. I’m a big Ayr United fan, too. I’m a season-ticket holder and I take one of my sons down to watch them. The only problem is they don’t serve Balvenie in the bar…