No Comments on How do you make Johnnie Walker Ghost & Rare?

12 Comments on The Ones That (Might Have) Got Away

One of our big tasks in December is finding interesting products to put special offers on. These can be things we’ve got lots of bottles of, things that we can knock some money off and… 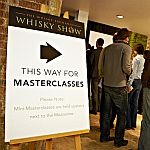