I’ve been lucky to attend plenty of whisky tastings. The latest was a tour through the new batch of Diageo’s Special Releases hosted by whisky educator Colin Dunn – and it was superb. But as it came to an end, it got me thinking: what are the key elements for a great whisky tasting? 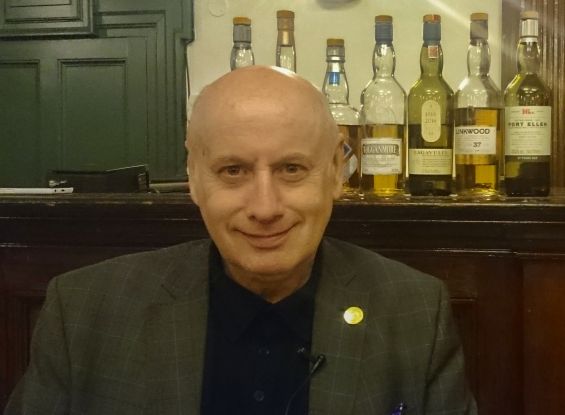 Diageo whisky ambassador Colin Dunn (‘Everywhere you look, whisky is coming at you’)

1. Get the audience involved

The best tastings go beyond the standard teacher-pupil set-up, because the audience aren’t sat in a classroom waiting to be lectured to. They are as much a part of the event as the host, something Colin is aware of. The whiskies were all lined up from one to seven. Which one did we start with? Number four, naturally. Colin picked an audience member at random, they chose the first whisky, and off we went. 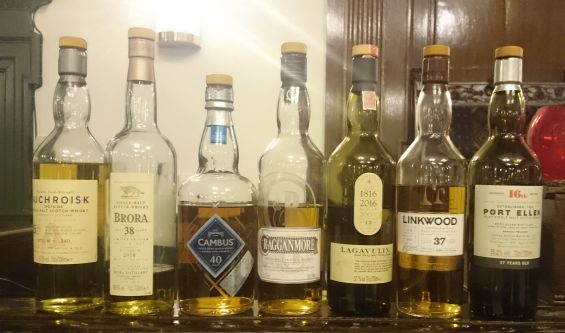 The Diageo Special Releases poured on the night

We tried seven of the 2016 Special Releases, including bottlings from Auchroisk, Brora, Cambus, Cragganmore, Lagavulin, Linkwood and Port Ellen. The highlight for me was the Linkwood, an exceptionally classy 37-year-old bottling that oozed notes of oranges, cloves and black pepper. It was subtle and elegant; a real standout. My other pick was the Cambus, a 40-year-old that was impossible to dislike with its rich, toffee-like character and notes of cinnamon, nutmeg and toast.

3. Throw in some memorable one-liners

Soundbites and gags are always a safe bet for a whisky educator, and Colin had a few up his sleeve. Here are five of his best one-liners on the night:

‘I used to use Rosebank as air freshener in my house… ah, those heady days!’

‘The Lagavulin warehouse is the eighth wonder of the world!’

‘This Port Ellen is full of minerally peat. It’s the kind of whisky I’d clean my teeth with’

Colin talked about the last days of Port Ellen, which was mothballed in 1983 (never to reopen). To illustrate how differently it was viewed at that time, he explained that on the day before Port Ellen closed, Andrew Symington of independent bottler Signatory Vintage went to the distillery and snapped up five casks. In hindsight, this looks a smart move. But was it a get-rich-quick plan? Not exactly – Andrew sold them the following year for just £35 a bottle…

5. Don’t just talk about your own products

At the end of the tasting, Colin revealed his four desert-island whiskies. Refreshingly, he didn’t toe the party line, as three of them were not from his employer, Diageo: ‘I’d have a 5-year-old Clynelish from the 1960s,’ he said, ‘as well as a 1965 Auchentoshan, a 1965 Springbank and a bottle of Black Bowmore.’

This was a great whisky tasting, upbeat and engaging, and packed full of delicious drams. It even ended with a song courtesy of Colin’s friend Tim Hain. Colin has hosted Whisky Exchange events for us many times in the past, and it’s obvious why we keep asking him back. If you’ve never seen the man in action, you’ll find him at our Whisky Show in the autumn.