After 12 months of sensible, serious whisky chat, we thought it was time for the TWE blog team to let our hair down – although, judging by the pic, we might struggle with that one. So, in the spirit of Christmas, we’ve each shared our favourite festive food, songs and films, as well as some delicious bottles we’ll be drinking over the Christmas period. Don’t forget to keep checking the blog in 2015, and a Merry Christmas to all of you.

‘Look, there’s only five hours until lunch, I’ve got to get my sprouts on – don’t want them all crunchy.’
‘Not sprouts! I hate sprouts!’
‘Will you stop whinging, Eddie?! Nobody likes sprouts.’
‘Then why are we having them, then?’
‘BECAUSE IT’S CHRISTMAS!’
This memorable exchange between Adrian Edmondson and the much-lamented Rik Mayall resonates with me at Christmas time. Each year, I think about doing something different, but when the day comes, I can’t give up the old traditions – and deep down, I think I like it that way.

Christmas tipple?
In my inaugural year at TWE, a few whiskies have come my way, so it wasn’t easy picking just one to drink on Christmas Day. I was very tempted by the latest release of Octomore, which wowed all those who tried it at this year’s Whisky Show. Peated to a staggering 258ppm, but still beautifully balanced, Octomore 2009 has big flavours of honeycomb, sweet spice and complex peat. Another option would have been Cl7, from the Elements of Islay range. This is the favourite Elements bottling I’ve tried, with the peat matched by pepper and lemon zestiness.

Both delicious, but for something that works equally well with Christmas pudding as it does while watching the telly, I’m going for Redbreast 12yo Cask Strength, a whiskey that really impresses with its welter of spices, stewed fruit and biscuity goodness. And for less than £75, you’re getting a hell of a whiskey for your money. If I want a break from whisk(e)y, then I turn to tawny port – wonderful with cheese, fruit and nuts – maybe the 10 Year Old from Taylor’s, or the excellent 20 Year Old from tawny specialist Ramos Pinto.

Best Christmas food?
Impossible to choose just one thing. If it’s savoury, then the best bits of Christmas dinner: crunchy roast potatoes, fatty sausages wrapped in bacon, and rich gravy on the side. For something sweet: leftover Christmas pudding fried in a little butter on Boxing Day.

Best Christmas song?
DJ Riko – what do you mean, you’ve never heard of him? Each year, he tracks down a handful of obscure festive tunes, throws in a few well-known standards, and creates a brilliant hour-long mixtape – the perfect soundtrack for Christmas cooking. If I have to pick just one track, then I’ll go for David Bowie and Bing Crosby duetting on Little Drummer Boy. A touch mawkish but rather lovely.

Best Christmas film?
For that winning combo of melancholy and big-hearted sentiment, you can’t go wrong with A Charlie Brown Christmas. Vince Guaraldi’s fantastic piano score is an added treat.

Christmas tipple?
I hide at Christmas, visiting my family for festive shenanigans in the New Year. Instead, I fill the otherwise faintly boring day with three activities: avoiding the television, building Lego and drinking sherry. I am a man of simple needs.
My sherry of choice this Christmas is Gonzalez Byass Leonor Palo Cortado. It’s a sweetened palo cortado, and while I usually prefer drier sherry, it’s the perfect accompaniment to a day of sitting on the floor surrounded by very expensive plastic bricks. This year, I’ve got a Batmobile.

Best Christmas food?
For me, there’s only one thing to eat at Christmas: turkey and ham pie. Unfortunately, the best turkey and ham pie is made from leftovers, which means that I have at least two other meals to prepare in order to create an incredible pie – it’s a hard life. I do, however, have a whisky-related favourite food: whisky butter. Brandy butter isn’t my thing, so I flame my Christmas pud with Scotch and serve it up with a spot of whisky butter. In a similar way to my pie making, the butter may be the goal, but it’s also a leftover, in this case from making buttered whisky.

Melt some butter (however much you want to spread on your pud), pour it into a jar with some whisky and shake until combined. Leave it to cool on the side for a couple of hours and when it starts to separate, put it in the fridge overnight. By the morning, it should have separated into layers of butter and whisky, and the butter should have set. Scoop the butter off the top, then run the whisky through a coffee filter. Mix the resultant whisky with apple juice and a few drops of some spicy bitters to make something not entirely unlike a liquified apple pie.

Last year, I used Aberlour A’Bunadh, which created a huge, buttery monster, but I’d recommend using a decent blend with a bit of weight and without much smoke in the mix – Chivas Regal 12 or Compass Box Great King Street should fit the bill. You can either use the whisky-infused butter on its own or mix it with a bit of icing sugar for a more traditional boozy pudding accompaniment. I spread any leftovers on malt loaf…

Best Christmas song?
My favourite Christmas song isn’t particularly suitable for the blog, due to the robust language it contains (CKY’s Santa Claus is Coming to Town, if you want to Google it), but as a second choice: The Darkness – Christmas Time (Don’t Let The Bells End)

However, everyone should buy Christopher Lee’s heavy metal Christmas single – here’s a compilation of the three he’s done over the past few years:

Best Christmas film?
A controversial choice: Die Hard 2: Die Harder. Both it and its prequel are set at Christmas, something that is often forgotten, and I always go for the sequel rather than the original, despite the original being a demonstrably better film. I don’t know why, but I still like Die Hard 2 best, despite its lack of Alan Rickman and general rubbishness. I should probably see a therapist. Yippee ki-yay, melon farmers.

Unfortunately, the trailer’s rubbish, so here’s a much better one – Die Hard 12, courtesy of Ben Stiller:

Christmas tipple?
Christmas Day is when the Champagne comes out in my house. My traditional start to Christmas morning is a take on the classic Champagne cocktail. I have a sweet tooth, so I use a demi-sec Champagne such as Veuve Clicquot’s (which also negates the need for the extra sugar cube) – I pour into a flute, top up with a touch of Cognac (I usually buy a small bottle of Delamain Pale & Dry for such an occasion, and sip the rest over the next few days), and add a few dashes of Angostura Orange Bitters for an extra fruity touch.
Best Christmas food?
I went off turkey after a debacle at university when my flatmates bought one in mid-December that wouldn’t fit in the freezer and we ended up eating nothing but turkey-based dishes for three weeks (omelettes, curries, stews – you name it). Christmas Day for me means visiting friends; my best friend’s wife does a mean gammon glazed with honey and The King’s Ginger Liqueur. It combines two of my favourite things: sweetness and pork.

Best Christmas song?
It’s a choice between two untraditional Christmas songs. The close second is the more obscure – Der Weihnachtsmann ist schuld daran by German a capella maestros Die Prinzen (from their festive 1999 album Festplatte).  The title translates as ‘Santa is to blame’ and it’s a tongue-in-cheek song explaining how he is responsible for everyone loving each other during the festive season, including sending cards to our ‘stupid neighbours’. However, there is only one Christmas song that I don’t turn off when it comes on the radio – The Pogues’ Fairytale of New York, which sums up my feelings of Christmas – laziness (and anger!)

Best Christmas film/TV?
Christmas is traditionally a time for repeats, and I have a soft spot for the most repeated TV show of all time – Freddie Frinton’s Dinner for One, a Christmas dinner sketch, even though it is traditionally shown on New Year’s Eve.

In terms of a film, I’ve gone for a film that’s set at Christmas, but isn’t obviously Christmas themed: In Bruges. Featuring Colin Farrell (of Ballykissangel fame) and Clémence Poésy (Fleur Delacour from the Harry Potter movies), it’s one of the funniest films I’ve seen, yet still manages to pull at the heartstrings – a masterpiece.

#Whisky Merry Christmas from The Whisky Exchange: The TWE blog team cannot WAIT for Christmas! Two of them, an… http://t.co/VOzpH6OWNd

@domu888 Merry Christmas from The Whisky Exchange: After 12 months of sensible, serious whisky chat, we though… http://t.co/c7lQD73p2H 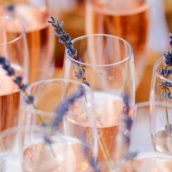 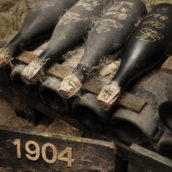 What is vintage Champagne? A beginner’s guide