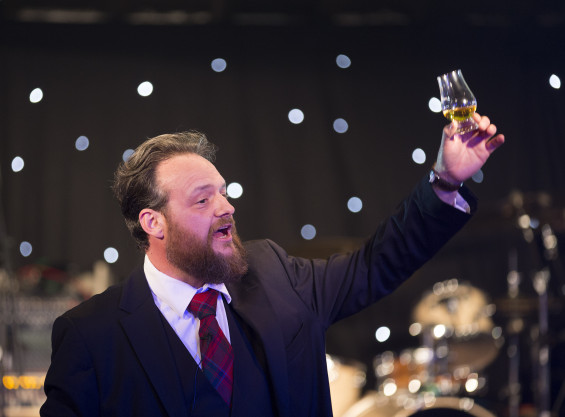 After 14 years in Australia, new Balvenie brand ambassador James Buntin is back in the UK, on a mission to spread the word about this highly regarded distillery and its whiskies. We met up with this impressively hirsute Scot to share a dram and a story or two – and he didn’t disappoint.

‘I walk into a bar and see all the bottles on the backbar; when I look at all the different labels, I don’t see them as brands, but as stories’

‘I’ve worked for a lot of brands in my life, but working for Balvenie is the highlight. Everything is hand-crafted’

‘They’re really into whisky in Australia. The big difference between there and here is that even in basic bars in Oz, their whisky ranges start with a 10 year old, a 12 year old. And they have 20 different whisky shows a year’

‘I do love a big, smoky whisky. I’ve worked with Speyside distilleries for a long time, but I do like some of the younger Islays, like Ardbeg 10 and Laphroaig PX cask’

‘Can you imagine looking after an orchard and only going in there after 50 years? You wouldn’t pick all the apples at once – you’d go in for the first time and pick the ones you know, then you’d go back in later. Whisky barrels are like an apple tree; you go in and visit them now and again and pick what you need’

‘In the next few years, you’re going to see a whole new generation of whisky distilleries opening up’

‘Whisky has the biggest loyalty; people will defend it to the end of their days. Johnnie Walker drinkers won’t drink Chivas, and vice versa; it’s like supporting rival football teams’

Posted in In Their Own Words, Scotch Whisky
Tagged Balvenie

@WhiskyExchange @BalvenieJB @BalvenieUK sad day the Aussie whisky community lost this bloke to you guys in the UK!