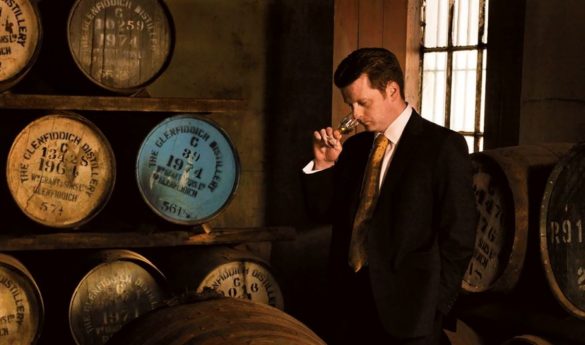 Brian Kinsman is malt master for Glenfiddich, and also looks after the Grant’s range of blended whiskies and works with his mentor David Stewart on the Balvenie range. I caught up with Brian a while ago to learn more about his work and see if he’d drop a few clues as to what might be coming next. The success of the first two releases in the Glenfiddich Experimental Series – Glenfiddich IPA and Glenfiddich XX – has led to rumours that the next release is imminent.

How do you keep Glenfiddich interesting when it is one of the biggest and best-known whisky brands in the world?

It is tricky, and one of the reasons is the scale. If we’re going to do a limited edition for Balvenie, it can actually be quite small and still reach a significant proportion of the Balvenie fans. Obviously for Glenfiddich, that’s much harder, so our limited editions tend to be much larger, or more targeted.

One of the ways we do it from the product side is by being true to the distillery – we don’t do gimmicks. If we’re going to do a variant, we make sure it passes the acid test of feeling confident that what you’ve got is authentic and truly Glenfiddich. Then we engage [with the whisky drinkers] through our brand ambassador community. We have more than 20 in all the major markets around the world, and day in day out they are talking to people like you, reminding everyone that yes, Glenfiddich is huge, but it’s great quality; it’s huge, but we do some interesting stuff.

What’s the biggest misconception you hear about Glenfiddich?

That it’s a light starter whisky. A number of times, I’ve heard people say: ‘It’s a great introduction, but once you’re really into single malt you graduate from Glenfiddich’. I’ll always challenge them back: ‘Go back and taste it again; go back and try the 12 Year Old; do a tasting with any other single malt’, and Glenfiddich stands up every time. It’s easy to dismiss because it’s so readily available, but that doesn’t mean it’s not as good or better than a lot of the competitors.

How is the whisky industry at the moment?

From our perspective, the diversity of categories and the growth of things like Irish whiskey, I think it’s a hugely exciting time. And for me, that’s why our Experimental Series works, because there’s a curiosity about whisky. It’s always been there but there was a period when it just cooled a bit, and I think it’s back and incredibly vibrant again.

What other experiments do you have in the works?

Essentially, we’ve got one that’s almost complete – we’ve done all the trial work and are really happy with it. We’re taking it from the experimental stage to scaling it up to potentially come out this year, all being well. It needs to be repeated – we’ve done it once, we all really liked it, and now we need to repeat it.

There’s probably another three/four/five ideas that are still in the experimental stage. They range from collaborations to what you might call ‘more traditional distillery-based innovations’. So, there will be hopefully be one new addition to the range [in 2017], potentially more, depending on the speed of the results. And as we all know, sometimes whisky can be a bit slow – you have to wait to see how it goes. 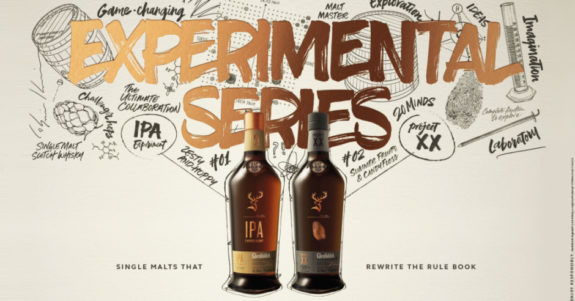 Have you done more experiments with beer casks?

We have done more experiments. At the moment I don’t see another product coming out of them, but it’s definitely an interesting area: the ability to manipulate and play with something that you can then flip on its head to become a whisky cask finish. We’ve done experiments and we’ve got some ongoing across a few of our different brands so I wouldn’t be surprised if we have something – although it might not be Glenfiddich – in the next year or two.

What’s the next big thing in whisky?

I wish I knew. We’re working on stuff we think will be engaging and some of the next big things, but who knows? It’s that old thing of ‘keep doing what you’re doing, do it the best you can, keep experimenting and something will come out of it’. The tricky part, and the part we have to be very cautious of, is taking our eye off the ball. So, Japanese whisky’s doing its thing, bourbon’s doing its thing, as long as we are keeping up, the next big thing will come along. And when it does, we’ll all go ‘Oh. Right. Of course. That was interesting.’