A big congratulations to all the British medal-winners… at the 2012 International Wine & Spirits Competition, the Spirits categories of which were announced a week or two ago.  A total of 1,346 medals were awarded this year (more than 100 more than last year), so UK consumers will be very unlucky not to have tried at least one of these precious nectars over the course of the last 12 months. 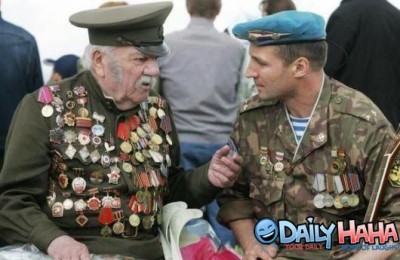 The whisky results are particularly impressive.  I don’t know how many Scotch whiskies were entered, but a total of 336 medals were awarded this year, of which 74 were either Gold or Gold Outstanding (take that, Team GB, with your measly 29 Golds!).  A further 239 Silver or Silver Outstanding medals were also won, but the Bronze medal category was pretty tough this year, with just 23 Scotch whiskies being deemed worthy.

A closer look at the lucky winners of the coveted Bronze medals reveals that the standard of the 313 whiskies that won Gold or Silver must have been pretty amazing.   Ranked in the same quality category as whiskies of the calibre of Asda’s high-flying Glenfoyle (No-Age-Statement) and amateur blogger effort St. Isidore, we have such single malt luminaries as Bunnahabhain 12yo, Dalmore 18, Glen Moray 8yo Chenin Blanc Finish, Singleton of Dufftown 12yo (winner of Best Speyside 12 years and under at this year’s World Whisky Awards, confusingly) and widely-loved 21 year olds from Glendronach and Balvenie (the latter of which has slipped from a Gold Medal at last year’s event). 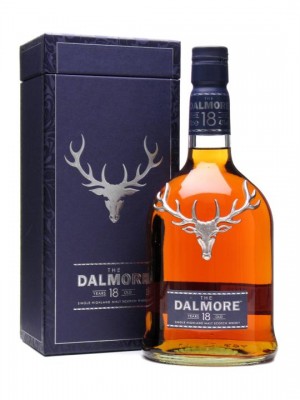 Dalmore 18yo – A hard-won Bronze Medal

At the apex of all this glory were the IWSC Trophies, of which whisky as a category had seven to give out. Notable 2012 Trophy winners included Glenmorangie 25 year old, Singleton of Glen Ord 15 year old (a wonderful distillery withdrawn from the UK to service the thirsty Asian market), Balvenie Tun 1401, Cutty Sark Tam O’Shanter and Glenglassaugh 1966 45yo, which keen TWE Blog readers (Hello, Mum!) will already be aware of after it won the only-slightly-less-prestigious ‘Best Expensive Whisky’ gong at the TWE Blog Awards back in February. It’s good to know that the IWSC judges have ratified my choice, albeit in slightly different wording.

The parent companies of all the medal-winners must be thrilled at the return on their £130 (+VAT) entry fee per whisky, but the awards business can be a cruel mistress, and we must spare a thought for the handful of whiskies that failed to make the cut and went home empty-handed (nobly, the IWSC does not release details of the exact number of non-medal-winners to spare the losers’ blushes). 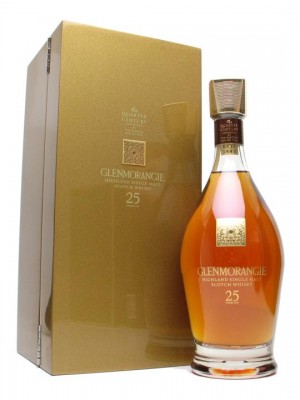 Outside of Scotland, meanwhile, congratulations are due to The English Whisky Company, who have been quick to trumpet their successes in the ‘England – Single Malt – No Age Stated’ and the ‘England – Single Malt – Peated – Cask Strength – 59%+’ categories, where they picked up a total of four Silver or Silver Outstanding medals in a crowded field [Sub, pls check – Ed.].

These amazing results comfortably place the award-winning English drams in the top 350 whiskies made in the UK.  The Independent newspaper was first to pick up the scoop, although in their article they got confused between Gold Outstanding and ordinary Gold medals when reporting the figures for the Scotches and forgot to mention the number of Silvers as detailed above.

Elsewhere in the Worldwide Whiskey categories, other highly-respected whisk(e)y-producing countries were not so lucky.  Bourbons were probably the big losers, with just 14 medals in 2012.  This represents just 1% of the total spirits medals awarded, in contrast to Scotch whisky’s 25%.  Incredibly, a solitary Silver medal for Toorank’s Old Talbott was the only medal awarded in the ‘Bourbon – Blended – No Age Stated’ category, with the remaining thirteen assorted Gold & Silvers coming in the ‘Straight Bourbon – Whiskey – No Age Stated’ category.  None of the entered bourbons were deemed worthy of a Bronze medal in this category.

Of course, it’s just possible that this might be a categorisation problem.   As explained above, Bourbon only has two categories at the IWSC – the same as Bulgarian whisky, although confusingly the Silver medal awarded in the ‘Bulgaria – Blended – No Age Stated’ class went to Brown-Forman’s Canadian Mist Canadian Whisky, according to the IWSC website.  Presumably Vinprom Peshtera SA, makers of Black Ram Whisky, the triumphant winner of the Silver in the ‘Bulgaria – Blended’ category will be in touch with the IWSC shortly for clarification. By contrast, Scotch whiskies can boast 105 separate categories, more than one per active Scottish distillery, which some might say could possibly give them an unfair advantage when comparisons of this nature are made.

On the other hand, however, could it be that the IWSC categories reflect a shift in the balance of power in American distillation?  Venture outside the traditional bourbon production heartlands, and suddenly there are a plethora of award-winning American whiskies.  Bourbon may have only two IWSC categories, but non-Bourbon American whiskies have four, with Tuthilltown’s Hudson whiskies winning  two Silvers in the ‘New York – No Age Stated’ category, and a pair of Bronze medals in the ‘USA – Single Grain Corn – White – No Age Stated’ and ‘USA – Straight Rye Whiskey – No Age Stated’ categories.

The wave of the future? Hudson’s New York Corn

Combine these with Bronze for Rogue Ales & Spirits’ Oregon Single Malt Whisky in the ‘USA-Single Malt-NAS’ category and a Silver for Bully Boy White Whiskey in the ‘USA – Single Malt – White – NAS’ category, and maybe things aren’t so bad for distillers on the other side of the pond after all…

The other possibility, of course, is that perhaps the bourbon producers are less concerned about the IWSC and don’t bother entering.  These awards are an expensive business, after all, and marketing budgets can only be stretched so far.  Perhaps after forking out $450 per entry for the San Francisco World Spirits Competition , which gave out a rather more generous 95 medals in 11 separate American whiskey categories earlier this year, some bourbon producers can’t afford to risk putting their pride & joy in front of our less appreciative European palates.

Producers on this side of the pond, meanwhile, realise that the SFWSC is still smaller than the IWSC – they only got 1215 entries this year, while the IWSC gave out more medals than that!  Things probably look a bit different Stateside, though – after all, the SFSWC gave out 1060 medals for its 1215 entries – an 87% hit rate, which is pretty consistent with previous years.  Overall, however, one can’t help wondering if sometimes these international competitions might be a wee bit more local than you’d think.

Congratulations, nonetheless, to all the brands who took the time to fill out the entry forms and post off their cheques this year for the SFWSC and the IWSC spirits competitions – it looks like everyone’s a winner after all.  But with so many award-winning whiskies the consumer is back at square one – if everything they’re looking at has some kind of a medal, what should they actually buy?

Well, just for your convenience, here at TWE we’ve selected a few of our favourite award-winning spirits and knocked them into this feature for your perusal.  To make it even better, when you visit the feature you’ll get the chance to win some money off  the products featured therein: just answer six relatively simple (but not TOO easy) spirits questions in under a minute (we call it the Spirits Sprint Challenge) and we’ll give you a 7.5% discount – so you’ll be getting the world’s greatest spirits at a knock-down price!

Anyway you look at it, in a time of gold medal proliferation that’s a win-win…  and incidentally, as a final thought, it’s worth pointing out that most of the products in our feature are perennial winners, not just one-season wonders.

However, this blog is already considerably more than long enough, so now’s probably not the best time to get into the question of why the same products don’t win these competitions every year. Let’s just say that consistency is something that most spirits producers place a great emphasis on in their marketing but only a few really achieve.

Anyone but the producers pay any attention to all these medals ? To me it seems more almost as random as the whisky bible… >_<

I guess the value of any awards for producers is that they can print it on their packaging and use it in marketing material. Your average consumer may base their purchase on a medal and I doubt they would research the validity of the award 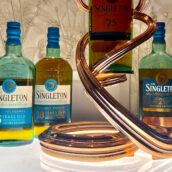