No Comments on Singleton of Dufftown Food Pairing – Grub’s Up!

The Singleton of Dufftown has been at the heart of the Singleton range for years and has recently been getting some exposure from its owners as a go-to dram. One of the reasons it has started to step into the limelight is its versatility, including its uncanny ability to pair very well with food. An ability that we decided to put to the test.

What is Singleton of Dufftown? 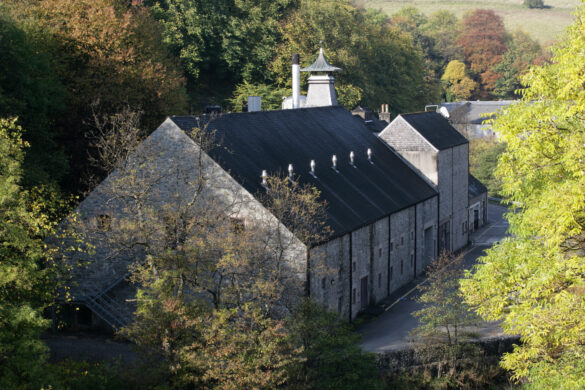 Founded by Peter MacKenzie in 1896, Dufftown distillery was built in the heart of Speyside and is named after its location, Dufftown, which is home many famous distilleries. Despite the rich soils and flowing rivers of Speyside, Dufftown and its neighbouring distilleries found themselves in competition for the best water sources during the late 19th century, and stories are still told of the stream from Jock’s Well, a natural spring high in the Conval Hills and source of Dufftown distillery’s water, being diverted in the dead of night by rival distillery managers. The plans were foiled and today the distillery still draws its water from Jock’s Well.

Dufftown opened at the height of the Scottish whisky boom and just three years before the local whisky market collapsed, forcing distillers to focus on whisky exports. MacKenzie and his sons turned their efforts to the American market, using their reputation for distilling great quality Scotch to help them thrive throughout the USA’s Prohibition era. 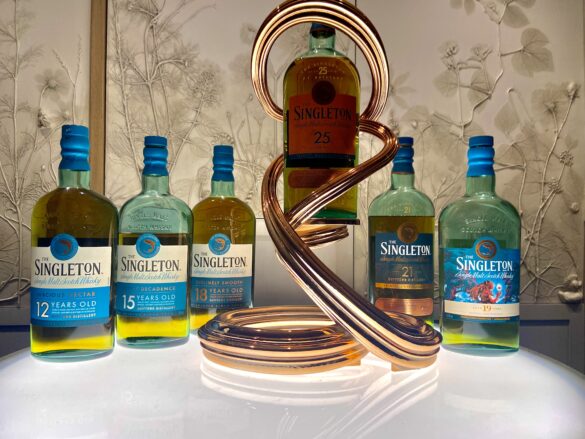 The Singleton of Dufftown range

These days it is most commonly found as part of the global Singleton range – hence the name of its single malts – along with spirit from Glendullan and Glen Ord, and its smooth, nutty and versatile whiskies have racked up awards and accolades over the years.

The youngest entry in the Singleton of Dufftown range has a light, zesty character with a hint of spice, all flavours that should pair well with delicate dishes that have sweet and creamy notes 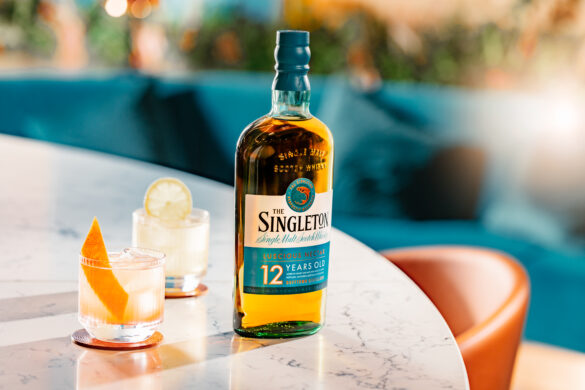 Nose: Vanilla and oak spice at the fore, followed by lemon curd, hints of ginger and white pepper.

Palate: Lime zest and apricots spring out initially, with crunchy apple, caramel and orange slices underneath.

I went for a Waldorf Salad, a dish born in 1893 in New York, created for a charity ball at the Waldorf-Astoria hotel. A simple combination of crunchy apple, sweet red grapes, celery and walnut halves on a bed of lettuce, with a creamy dressing of mayonnaise and lemon juice, although some recipes also call for yoghurt in the dressing. 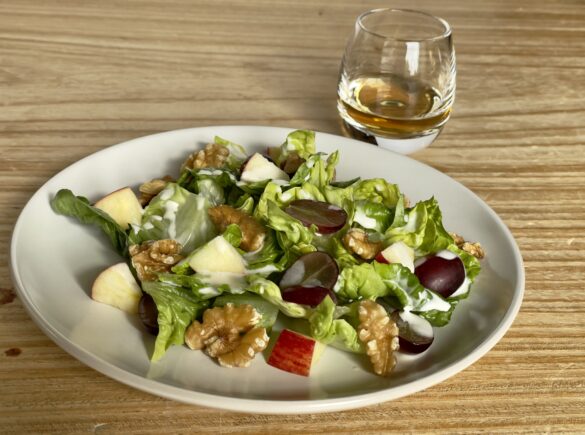 When paired with the salad, the soft spices of the whisky are complemented by the sweetness of the grapes and apples, while the creamy dressing and drying walnuts cut through the zesty fruitiness of the 12-year-old.

A little bit richer that the 12-year-old, Singleton of Dufftown 15 Year Old is chock-full of malty sweetness, waxy spices and peppery oak notes, with just a whiff of smoke hiding among it all. 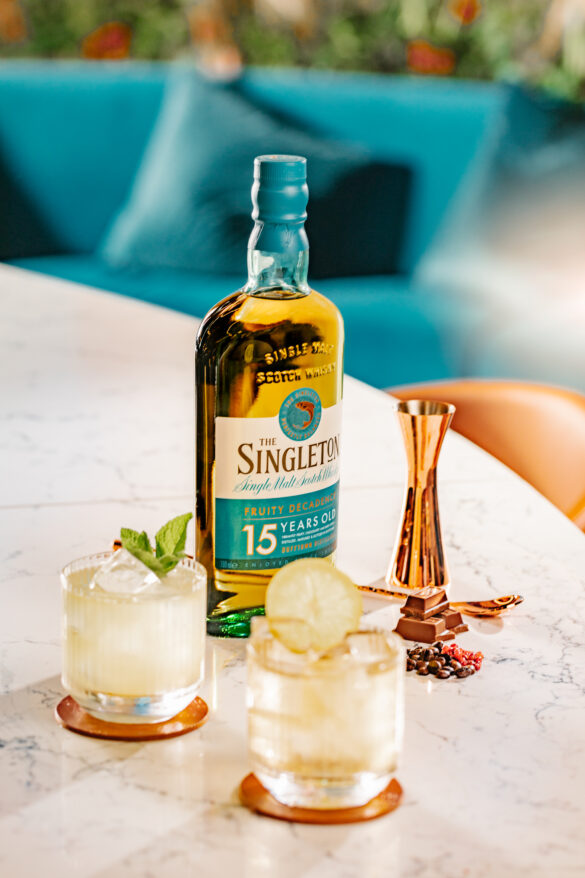 Palate: Vanilla and apple to start with, with brown sugar, ginger, honeycomb, beeswax and rolled oats close behind.

Finish: Peppery and warm, with toasted oak and cinnamon lingering behind.

A dish with richer flavours and fresh vegetables will balance nicely with the whisky, so I went for a pan-seared haddock fillet with sautéed potatoes and grilled asparagus. 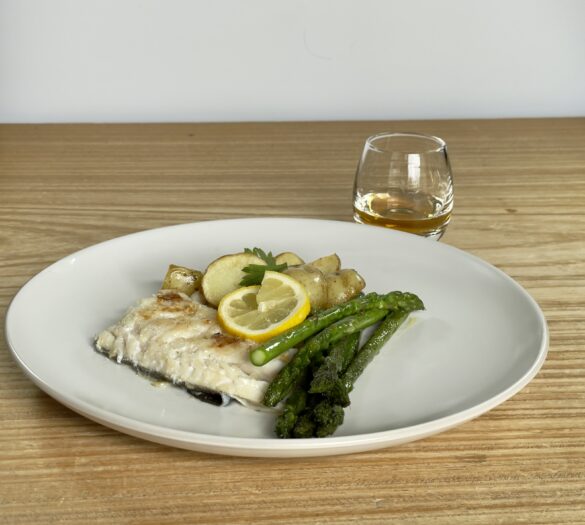 Catch of the day! Pan seared haddock is great with this 15-year-old

The freshness of the asparagus and crispiness of the potatoes temper sweet cereal and honey notes in the whisky, and the haddock offers a rich backdrop for the 15-year-old’s fruity, peppery character.

Singleton of Dufftown 18 Year Old is sweet and fruity, with a herbal, savoury edge to it, flavours that will enhance spicy foods without being overpowered. 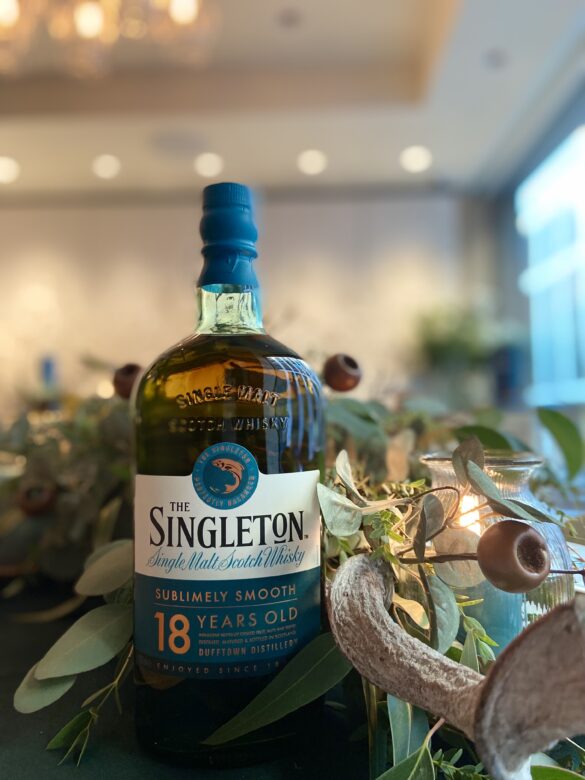 With these flavours in mind, I paired the whisky with sweet-and-spicy king prawns, sticky jasmine rice and steamed pak choi. 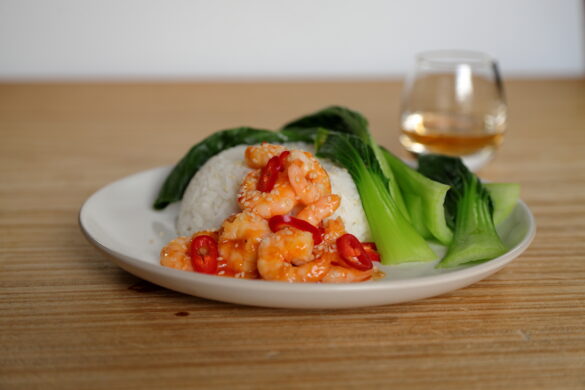 Add a little bit of spice!

The sweetness of the whisky cuts through the spice of the prawns, lifting the richer fruit notes on the palate, and the fresh, green veg highlights Dufftown 18 Year Old’s autumnal flavours and herbal edge.

Rich and sweet, this 21-year-old single malt is as comforting and warm as a hug, with flavours that will pair well with gamier meats or richer dishes. 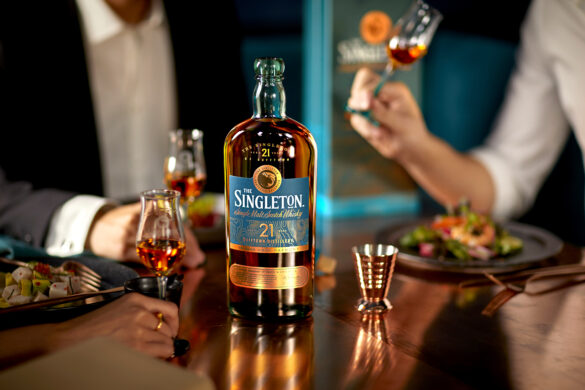 Nose: Peaches in syrup, sherry-soaked pears and fresh ginger fight for attention, with an undercurrent of caramelised brown sugar.

Inspired by the whisky’s comforting character I paired it with a comfort-food classic – bangers and mash. I used Bramley apple sausages, caramelised onions, creamy mashed potato, grilled asparagus, and a red wine and mustard sauce to make a pub-grub staple that complemented the whisky. 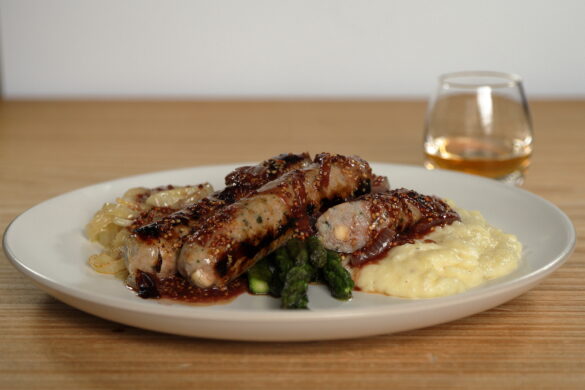 The creamy mash offers a soft backdrop that brings out the rich sweetness at the front of the whisky, while the pork and apple sausage pair well with its fruitier elements, and the spicy mustard adds a lovely heat to it all.

Single malt whisky has developed a reputation of being an after-dinner drink, pairing with chocolates and cheeses, but not much else. The Singleton of Dufftown range proves that this is not the case, its elegant character working well with a wide variety of flavours from the bright and spicy to the rich and meaty, and even light and sweet dishes – and I have a sneaking suspicion it will pair equally well with the more typical cheese and chocolates. So grab yourself a glass and get cooking. 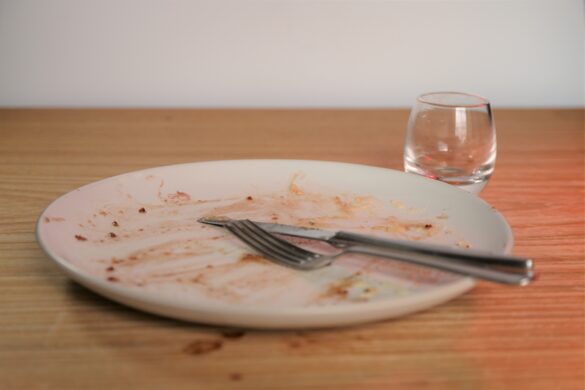 Clean plates all round

Many thanks to Olivia Heywood Photography for the photos.