Just a quickie to announce the arrival of some new Single Malts of Scotland releases from our sister company Speciality Drinks Ltd (SDL).  They’ve been quite quiet on the bottling front this year, but with The Whisky Exchange Whisky Show now looming on the horizon (less than eight weeks to go, folks –  get yer tickets here), we can expect to see much more activity on the bottling front with several exciting new releases in the offing.  I can’t tell you too much yet, but just like last year there will be a mix of exclusive Show bottlings and new SDL releases that make their debut either at the Show itself or in the run-up to the event.

These, then, are merely an appetiser for the excitement to come, but they’re rather interesting nonetheless: an elegant 1980s Bowmore alongside whiskies from three somewhat unsung distilleries in the form of Glen Keith, Aultmore and Braes of Glenlivet. 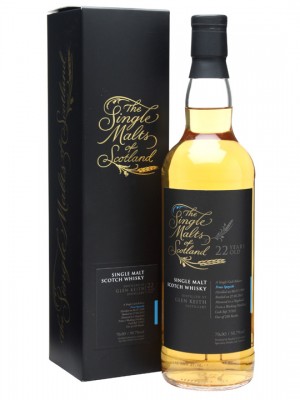 While Aultmore and Braes of Glenlivet are currently in production, with most of their output destined for use in their respective owners’ Dewar’s and Chivas blends, Glen Keith, although historically an important contributor to the big-overseas Passport blend, has not been making any single malt whisky since 1999.  Glen Keith was criminally neglected under Seagram, who produced only a very dull 10 year old official bottling and then mothballed the distillery shortly before selling parent Chivas Bros. to Pernod  in 2001. Since then the site has been in use as a filling centre and quality-testing lab, but no whisky has been produced – so far.

Happily, though, the projected surge in demand for blended whisky in emerging markets has led to Chivas reviving more than one of their previously-uncared-for Seagram distilleries, with Allt-a-Bhainne being refurbed and re-opened in 2005 and Braeval (home of Braes of Glenlivet) getting a makeover and reopening in 2008.  This year it was announced that it’s now Glen Keith’s turn to shake off the mothballs, with production expected to resume around Easter next year.  Hurrah!

So what can we expect? Well, the distillery’s character was generally pretty fresh, light and grassy (with the exception of the experimental peated varieties Glenisla and Craigduff, whose parentage is disputed so we won’t get into that here).  The Single Malts of Scotland bottling is a hogshead filled in 1989 – let’s see what it’s like:

Palate:  Medium-bodied. Follows on from the nose, but sweeter, with more emphasis on the honey and summer fruit, plus some previously un-noticed bready notes.  A slightly drying mouthfeel with some spices as the oak becomes more assertive – mouthwatering.  Again, a very elegant drinkability.  Becomes hotter and drier with water, initially, then settles down into summer fruit with a hint of pea-pods with a background of old oak.

Finish: Warming and drying at full strength, with plenty of woodspice again. Mellow oak with water.

Comment: Well, this is all I would hope for from a Glen Keith, given my very limited experience of the distillery previously.  Light and fresh bourbon-cask character with lovely honeyed grassy notes.  It’s showing its age a little, but in a good way.  An elegant, meditative dram – not something you’d have after a big meal, but perfect for a warm summer’s evening.