Spirit production in Britain has come a long way in the past decade. Previously just a bastion of whisky and gin, today you’ll find aperitifs, cider brandy and even marc made on the island. Founded in west London in 2009, Sipsmith is widely credited as being the pioneers of the revival, with its range of gins, vodkas and liqueurs. It has been followed by a wave of new producers, each with their own style, story and ethos. 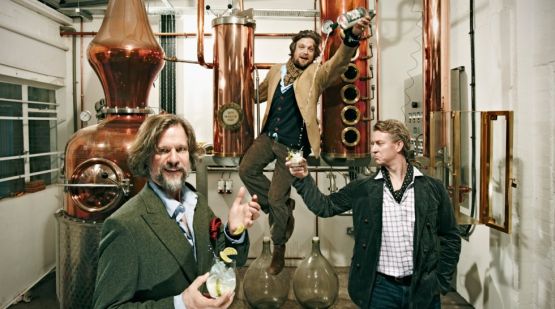 The spirit that has seen the most growth is gin. In the first three months of the year (historically a quieter time for new releases), we’ve added around 20 new brands to our list. This includes spirits inspired by both the local area, for example Slingsby, which is made in Yorkshire with 17 local botanicals, and others whose heart lies elsewhere – Sabatini is made in south-west London by an Italian family using nine Tuscan herbs.

Chefs have also been heavily involved with gin production, with Hepple Gin a collaboration between four drinks industry veterans and TV star Valentine Warner, while Toujours 21 was launched to celebrate train operator Eurostar’s 21st birthday in a partnership with Silent Pool and Michelin-starred Raymond Blanc.

Gin is also the choice of many new whisky distilleries, who are not allowed to sell their malts until they are at least three years old. Gin can be produced in a short time, thus providing much-needed cash flow and meaning they don’t need to wait until their whiskies are mature to raise funds. One example is Strathearn, whose Heather Rose turns pink when you add tonic.

Whereas gin is all about the botanicals, with vodka, texture is key. One of the best new examples we’ve seen for a long time is Ogilvy. Made near Dundee from potatoes grown on the distillery’s farm, it’s creamy, rich and full of flavour – you can find out all about it on our blog. With the rise in new producers, it’s sometime easy to overlook the older ones: Chase was established when owner William Chase sold his stake in Tyrrells crisps and started using the potatoes from his Herefordshire farm to make vodka, which was awarded World’s Best Vodka at the prestigious San Francisco Spirits Competition in 2010. 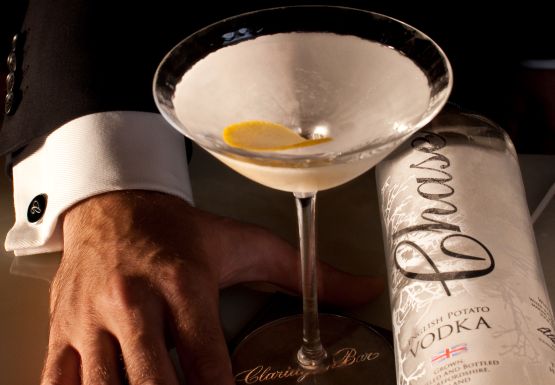 British spirits are used in the country’s best bars, including Chase Potato Vodka at London’s Claridge’s

As new-wave distillers rarely have the marketing budget to compete with the big boys, they need a point of difference. Wiltshire’s Ramsbury is a good example, with each bottle stating the variety of wheat used and the field it was grown in on the label.

Some spirits producers have branched into other drinks. Sacred Spirits started out with gin in 2008, and have since expanded into producing a range of vermouths including English Dry, created in partnership with bartender Alessandro Palazzi. Made with English wine from Three Choirs in Gloucestershire and 16 botanicals, this is exceptional in a Martini – just add one part to two parts Sacred Gin, or for a twist on the classic cocktail, use Pink Grapefruit Gin.

The whisky industry is dominated by Scottish distilleries, but it’s now being produced outside its traditional heartlands, with distilleries in both England and Wales. The rebirth has been led by The English Whisky Company in Norfolk, which makes a range of whiskies at the St George’s Distillery including peated, unpeated and cask-finished styles. Adnams in Suffolk (better known for its beer) and Cumbria’s The Lakes Distillery have since followed. Wales’ Penderyn launched its Madeira Finish in 2004 and has gone on to win many awards for its whiskies, including the Icons of Wales series, celebrating the country’s famous figures. 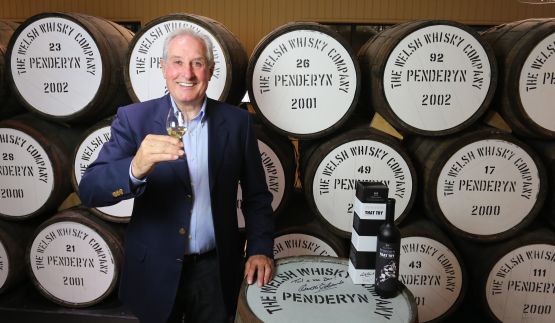 The future for drinks in Britain is bright and not just for spirits, with English sparkling wine and British beers gaining worldwide recognition. We’ve selected some of our favorites for our Best of British feature. If you’re stuck for inspiration, take a look.

#Whisky The rise of British spirits: Spirit production in Britain has come a long way in the past decade. Prev… https://t.co/EW5ndUYWpT

RT @WhiskyExchange: We take a look at the remarkable rise of British spirits – https://t.co/wJBiSbg1IX #blog

RT @WhiskyExchange: We take a look at the remarkable rise of British spirits – https://t.co/wJBiSbg1IX #blog

The rise of British spirits: https://t.co/SEUUmXZqkG