Welcome to the final part of this Whisky Tasting Pentathlon – a mini-marathon of whisky blogs on my recent tasting odyessy.

I was in St. James’s last week for one of Eddie Ludlow’s Whisky Lounge tastings – a run-through of several recent releases from Arran, in the delightful company of brand ambassador Céline Têtu, who came across very well despite the occasional interruptions of some noisy construction works outside the Red Lion pub in Crown Passage, where the tasting was held.  Friendly and informative, Céline’s cause was greatly helped by her fabulous Gallo-Celtic accent, which put me in mind, somehow, of the splendid Julio Geordio from the Fast Show (whose Youtube videos have all been taken down, boo). 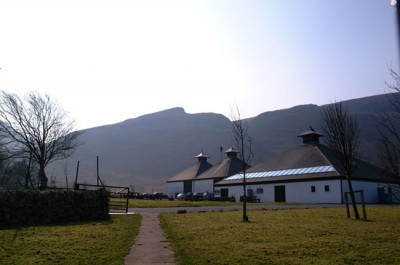 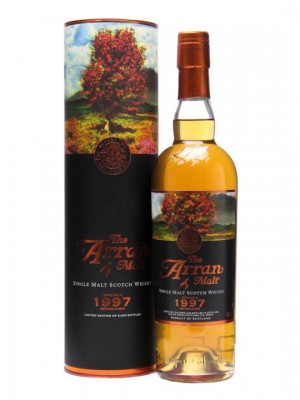 As well as the impressive 10yo and the recent Rowan Tree, we tried the soon-to-disappear Madeira Cask Finish and Pomerol Finish (Céline revealed that, after various experiments, the distillery will in future be limiting their wine finishes to three: Port, Sauternes and Amarone – so if you’re partial to one of the other finishes, now’s the time to stock up.  There’s also a 14yo expression to be added to the standard range soon, which I’m very much looking forward to).

It’s worth mentioning here that the Arran distillery will shortly be celebrating their 15th anniversary and are having a big open day in a few days time on Saturday 3rd July.  This promises to be great fun, with Masterclasses by luminaries including Dave Broom, an island showcase of local produce (including a specially-brewed beer from the excellent Arran brewery), and of course the obligatory ceilidh (from the legendary Skerryvore).  At only £18 for the whole day (and including a goodie-bag worth £15), this looks like a great event.

There is also a 15th Anniversary bottling, which we tried on the night.  It’s from a small batch of 1999 Oloroso casks that were transferred to Amontillado for their last two years of maturation.  The packaging is a bit different for Arran as well, and looks very smart.  The whisky itself has got a creamy, crunchy-nut cornflake nose with praline and noisette aromas and a similarly nutty, dry, spicy, plum jelly palate –  a very enjoyable dram.

My favourite dram of the night, though, was the cask strength peated Arran: 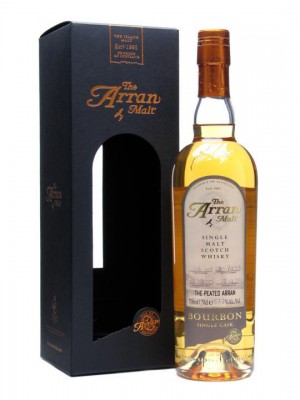 Palate: Sweet honey and a coal-like element.  Peppery. Quite hot at full strength, with a youthful hint of wet paper.  Water lifts some fruit eau-de-vie notes.

Comment: An absolutely charming young peated whisky.  Very promising indeed.  Céline told us that the ppm of the peated batch has gone up each year since 2005, and is now around 20-25ppm (which is Caol Ila territory), so there should be a ready supply of smokier malts coming out from Arran in years to come.

All in all, a very successful month for whisky (less so for f**tb*ll, but we won’t go into that now).  Sincere thanks to the chaps at TWE Vinopolis, Eddie Ludlow, Dominic Roskrow and all the distillery managers and brand ambassadors who made this epic tasting marathon possible.

In normal circumstances after such a prolonged bout of dramming I’d probably try a bit of whisky abstinence for July, but with the Chap Olympiad coming up fast on the rails, the impending birth of my first nephew or niece and the small matter of my own birthday, I somehow doubt I’ll manage that any time soon.  Life is good.
As always, thoughts and comments are welcome below.  Try and keep ’em clean.

[…] This post was mentioned on Twitter by Tim Forbes. Tim Forbes said: The final part of the Whisky Tasting Pentathlon: Arran http://bit.ly/aJnG96 […]

Hello squire- we’ve just returned from Arran. Wonderful distillery and some superb whiskies- notes for the new 14yo, as well as the Anniversary bottling are up at the moment: