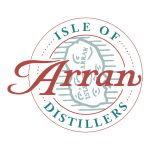 [This time we hand you over to Enrico, our shop’s Japanese whisky expert and resident Italian. He really likes whisky from Arran…] We decided to host this tasting to celebrate the 18th Anniversary of the…

Welcome to the final part of this Whisky Tasting Pentathlon – a mini-marathon of whisky blogs on my recent tasting odyessy. I was in St. James’s last week for one of Eddie Ludlow’s Whisky Lounge…