The island distillery of Arran was the inspiration for our latest TWE tasting, hosted by sales manager Louisa Young. Although it was only founded relatively recently – in 1995 – Arran is well known among whisky drinkers, and is currently planning to build a second distillery on the island. We tried five whiskies from Arran’s core range, and the extra treat of choosing our favourite from two cask samples, the winner of which will be bottled as a TWE exclusive later in the year. 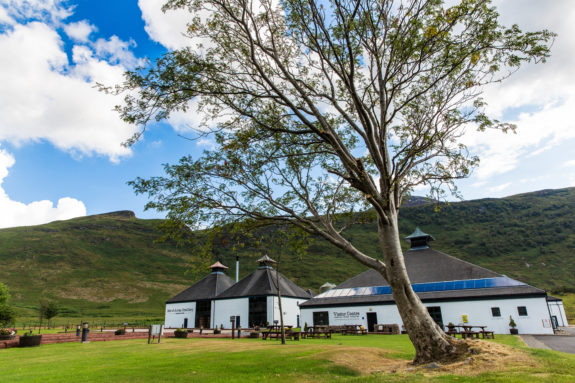 In Their Own Words – Louisa Young

‘Our founder, Harold Currie, was a bit of a character. While chairman of St Mirren Football Club, he got a phone call in the middle of the night from the new manager, who said he didn’t think he could do the job – it turns out that manager was Sir Alex Ferguson!’

‘When Arran distillery was built in 1995, there were not that many small craft distillers at the time. But now in Scotland, it seems that every single day there’s a new distillery trying to get planning permission’

‘We’ve put in planning permission for a second distillery on Arran, in the far south of the island, where we want to make a heavily peated spirit. And if we get it, it would take the number of distilleries on Arran to two!’

‘“Scotland in miniature” is how Arran is described. Down in the south of the island, it’s like the Lowland region, while up north, it’s more barren with fewer people living up there’

‘Our Cask Finishes range are very popular. We get our Sauternes casks from Suduiraut, our port casks from the Symingtons, and our Amarone casks from Allegrini’

‘Our current distillery manager is from Islay, which might explain why the peating level of our Machrie Moor went up a bit’

We then moved on to two Arran cask samples. Both were tasted blind, and – in a TWE first – the voting couldn’t split them. Both whiskies received 17 votes each, so the likelihood is that both will be bottled as TWE exclusives! The first, a 1997 aged in a refill sherry cask, was exceptionally clean and fruity, with plenty of apple, lemon and red-fruit notes. The second, a 2002 matured in a first-fill sherry cask, was bigger and richer, with Christmas-cake spices and savoury notes of cardamom and coriander seed. Keep a look out for them towards the end of the year.

WHISKY OF THE NIGHT

For me it was the 18 Year Old. The classic Arran fruitiness given extra depth with rich spiciness. 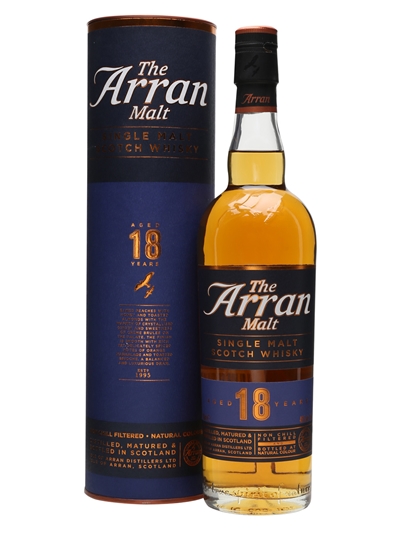 Palate: Mouthfilling texture, zingy and spicy, with orange oil and ginger, with a smooth layer of toffee that adds richness.

Comment: Absolutely delicious – the fruit and spice are beautifully balanced.

Thanks to Louisa for being an excellent host, and we look forward to trying the whiskies from Arran’s second distillery, which will be heavily peated – very different from the typical Arran style.

You can see the full range of Arran whiskies available at The Whisky Exchange here.

#Whisky Arran tasting – island life: The island distillery of Arran was the inspiration for our latest TWE ta… https://t.co/MUvWI1j2BA

#Whisky blog: Arran tasting – island life – The island distillery of Arran was the inspiration for our latest T… https://t.co/DOOVRK9qbR