What did you do for Burns Night 2019? Did you spend it in the UK’s tallest building, sipping award-winning drams with arguably the world’s best-known and longest-standing whisky writer, and the master distiller in charge of crafting Scotland’s finest single malt? I did. Yep. Not sure how I’ll top that this year. In the meantime, let’s find out why Glen Grant 18 Year Old could be perfect not just for Burns Night but, to hear Jim Murray tell it, near-on perfect in general.

Two of Whisky Bible‘s most sought-after titles – Scotch Whisky of the Year and Single Malt of the Year (Multiple Casks) – were unified in one single malt whisky in 2019: Glen Grant 18 Year Old. Of which, Jim Murray said the following:

“This is so in tune and well balanced it is impossible to nail what leads and which follows. Instead, one is left mesmerised…” – and that’s just on the nose. 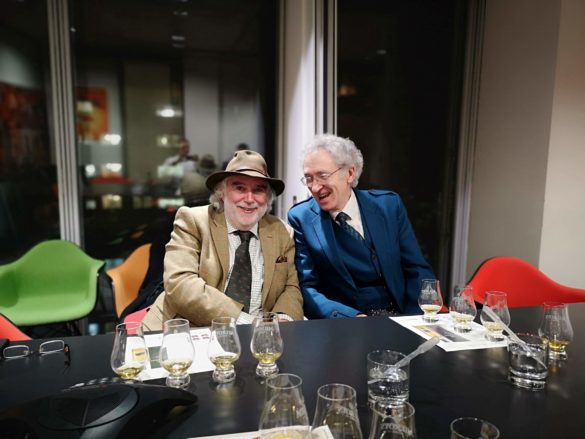 Burns Night with Jim and Dennis

So what sets it apart from the competition? Well, for one thing, consistency.

Dennis Malcolm, Master Distiller at Glen Grant distillery:
I would never put Glen Grant’s reputation on the line with a single cask. They’re a snapshot, whereas I want to make a consistent product. As a result, I don’t nose like Jim does. I don’t have that kind of nose; I’m not looking for that kind of nuance. I know Glen Grant’s profile: fruit, nuts, spice. That’s what I’m looking for.

Jim Murray:
The first fifteen years of drinking whisky, it’s all discovery. It’s like having sex for the first time. It’s amazing. Now it’s like, ‘ah, have I got to do that again?’.

The first thing I do when I taste whisky is look for faults. I probe it for failure. Then I do it again, and again. With the Glen Grant 18, there are none. There’s a purity to it. It’s very elegant. It’s got a lot to do with the wood, I think. 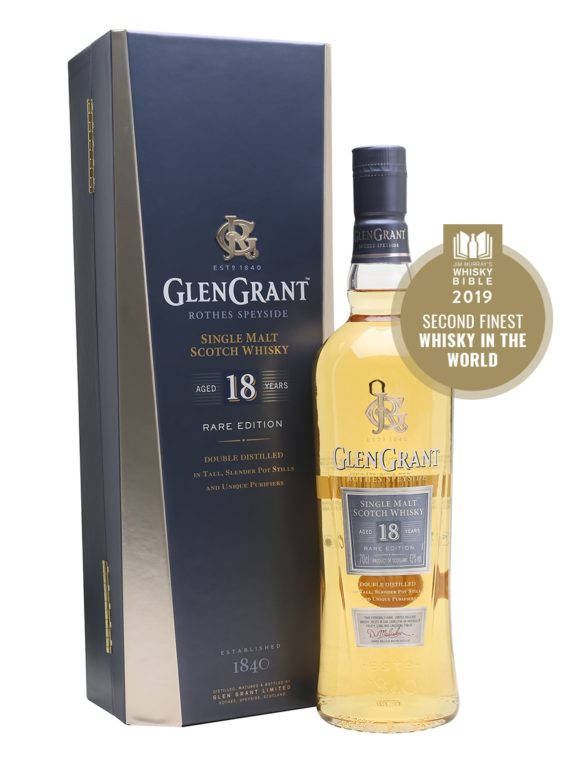 Dennis:
When I started at the distillery as an apprentice cooper, I learned a lot about wood. That if you put good spirit in an exceptional cask, you might enhance it. If you put really amazing spirit in a not-so-good cask, you’ll ruin it.

Glen Grant is a vulnerable whisky, because it’s all American oak, primarily ex-bourbon, and primarily second-fill. There’s no sherry in it, and that means there’s nothing to hide behind.

I look for the best whisky in the world, and this one is always in the running.

Jim clearly likes a drop of Glen Grant, then. But would he drink it with his Burns Night supper?

Jim:
Never, ever drink whisky with food. Why on earth would you f**k up a whisky like that by drinking it with food? Drink it before or afterwards, after a black coffee, but never during. That’s what beer and wine are for. The spices in a haggis will destroy a whisky like [Glen Grant 18]. 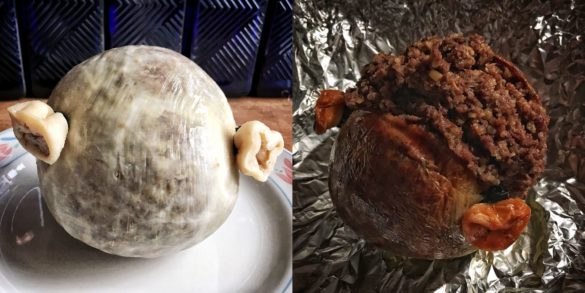 Well then, that about sees us out, doesn’t it? If you want to ignore Jim and treat yourself to what he believes to be the finest Scotch single malt whisky on the planet, pick up a bottle here. Or if you’d rather follow his advice and pick up an alternative, Billy has waxed lyrical on multiple occasions on the relative suitability of wine, beer, sherry, whisky, gin and more. Our resident Master of Wine and head buyer at The Whisky Exchange, Dawn Davies, has also curated a list of 20-odd drams, any or all of which will see you happily through the evening. Slàinte!