Something a little different for our latest TWE Vinopolis tasting – Indian single malt. It has taken time for Indian whiskies to be taken seriously by traditional whisky drinkers, but the best now stand toe-to-toe with their Scotch counterparts – and sometimes beat them. Our host was the engaging Ashok Chokalingam from Amrut Distillery, based in Bangalore in southern India. 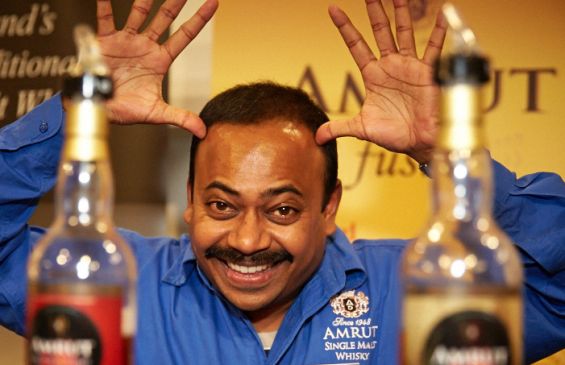 In Their Own Words – Ashok Chokalingam

‘When you say “India”, you say “chicken tikka masala” or “Bollywood”, but “single malt whisky”? No chance!’

‘We get the majority of our barley from the north west of India, from Rajasthan and the Punjab’

‘To start with, Amrut was never sold in India. The first place we sold a bottle was Glasgow’

‘We did a blind tasting with three Amruts and three Scottish whiskies and we won hands down!’

‘There used to be a theory that to make good whisky, you need to use water filtered through limestone, and so on. That is rubbish; nothing but marketing. Why do you think that every distillery in the world uses demineralised water to reduce the alcohol level in their whisky?’

‘Do I add water to my whisky? If people are being horrible to me, then no – straight down! But most of the time, yes, a few drops’ 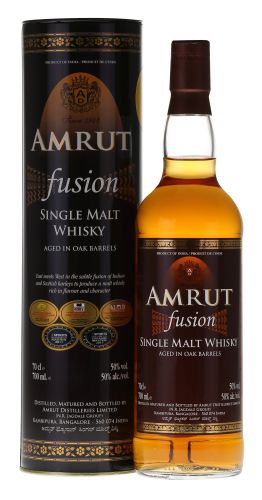 It has to be Amrut Fusion. Made with Scottish and Indian barley, this is a phenomenal whisky for under 50 quid. Jim Murray gave it a whopping 97/100 in his 2015 Whisky Bible.

Nose: Fresh and tinned fruit – peaches, mangos, apricots, plus spicy cinnamon and clove, joined by aromas of Earl Grey tea and just a touch of smoke and sea spray.

Palate: A real hit of fresh fruit and citrus-orange notes, with black pepper and cinnamon adding a zingy layer of spice. Rich and refreshing; absolutely delicious.

Finish: The spice and fruit linger for a long time.

Many thanks to Ashok for an entertaining tasting – each whisky was very well received, particularly the Fusion and the Naarangi. What came through was his persistence to put Indian whisky on the map, travelling the world to persuade bars and retailers to stock Amrut. His hard work has paid off.