At The Whisky Show, I have either the best or worst job in TWE’s editorial team. Rocky is king of the masterclasses, setting up, breaking down and generally keeping the ship on an even keel; Stu runs around recording, whether looking after our videographer or sitting in on masterclasses and Q&A sessions with a notepad; I stand behind the Show Bottlings stand, talking about whisky for the whole weekend.

I know which I prefer. 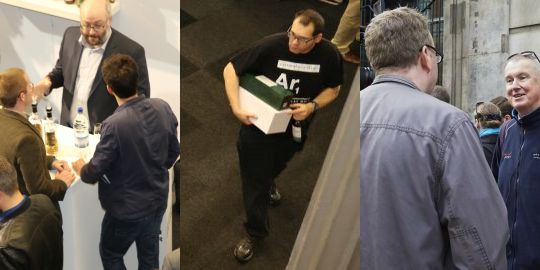 Have you seen these men? Evidence of me, Rocky and Stu working

This year’s show bottlings cover a spectrum of flavours and styles. As with previous years, they’re presented with beautiful retro-styled labels, courtesy of our design team and their obsession with the older bottles in TWE director Sukhinder’s impressive whisky collection, and each has been specially selected by us and bottled by our friends at Speciality Drinks Ltd.

First up is a mystery dram – we’ll leave it to you to guess the producer. The label describes it as being ‘From a family-owned distillery in the Speyside-Glenlivet region’ and it’s matured in a sherry cask… 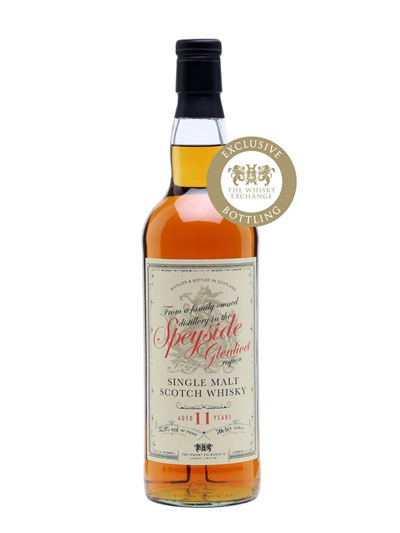 Comment: A classic sherry-cask-matured dram, with the high strength helping to give even bolder flavours than you’d expect.

Next is the first of a couple of TWE favourites: a whisky from Laphroaig. This is a 16 year old that was originally destined for another project, however when the cask was inspected before bottling we found that the angels had taken a much larger share than we’d originally thought – we had fewer than 100 bottles left. While the small outturn meant that it wouldn’t work for the other project, it was intensely flavoured thanks to the extreme evaporation, and perfect for a show bottling. 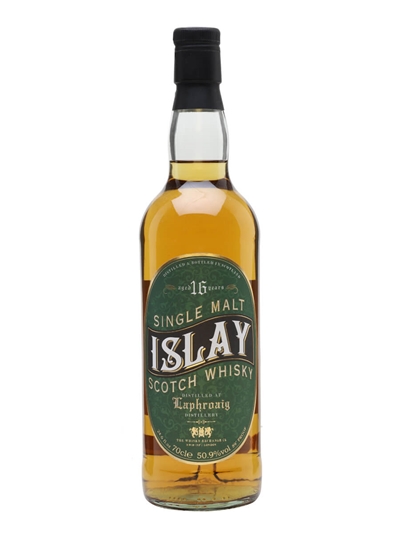 Palate: Much more approachable than the nose, with an initial burst of charcoal smoke overcome by a mixture of ripe and unripe fruit: apples, pears, pineapple and even a touch of sweet banana. Charcoal and dry peaty notes build with stony minerality, giving a big and austere smokiness.

Comment: An intense and slightly strange Laphroaig – even more medicinal than usual, but packed with fruity flavour. This was hailed as one of the top two Laphroaigs at the show, vying for top place with a soon-to-arrive TWE exclusive bottled by Berry Bros. We know how to pick ’em.

Third on the list is another TWE regular and a particular favourite of mine – young Ledaig. While that used to be the name of the distillery on Mull, they changed the name to Tobermory in the late 1970s, and since the 1990s, Ledaig has been used to describe their peated whisky. I’ve been a fan for a while, especially of young sherry-cask-matured releases, which are increasingly becoming popular with indie bottlers. This one is a couple of years older than the sister cask we bottled for the 2013 show, and the extra years have added more depth, while keeping the big and smoky style that indie Ledaigs are becoming known for. 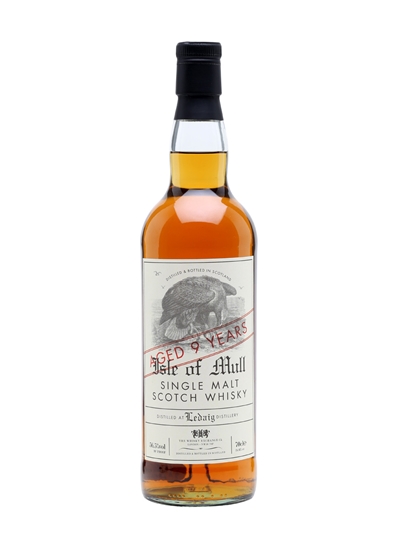 Comment: Less of a bruiser on the nose than some releases, but still no shrinking violet. The palate is richer and more developed, with dark fruit and less fire than its bottling strength might suggest.

The last of the whiskies bottled for the show is something quite different to the rest: an Irish single malt. All we known about it is that it’s a 22-year-old single malt from Ireland and we’ve bottled it at cask strength: 51.8% ABV. During the show we had lots of speculation on the stand from visitors, exhibitors and industry people who’ve tried similar whiskies. It might be double distilled rather than triple; it could be made using crystal malt rather than regular distillers’; it is probably – as you can see from my notes below – lightly peated; it could be from Northern Ireland. In the end we don’t know. What we do know is that it’s very good: 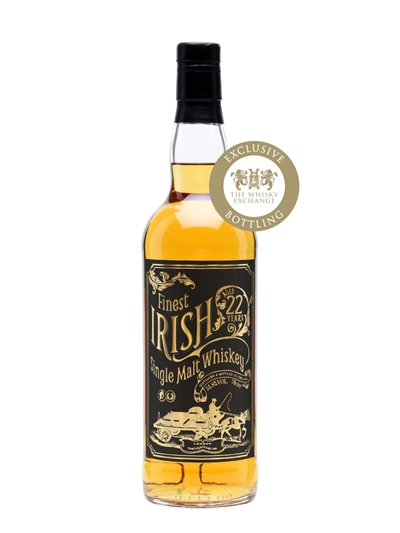 Nose: Big fruity Gummi Bears and wine gums to start – like opening a new bag and inhaling deeply, or ‘like smashing your face into a bag’, as I put it during the show weekend. With that are some sharper citrus notes: lemon and grapefruit zest, and pink-grapefruit flesh. Sitting behind everything is a whisp of charcoal and fruity peat smoke.

Palate: Creamy citrus – lemon posset? – starts things, with hints of the fruity sweets from the nose coming in close behind. The smoke is more noticeable on the palate, with charcoal and peat fires joined by rich and fruity dark chocolate, and black bread. Sweetness is still dominant, with rich, dark and lightly singed fruit cake sitting behind everything.

Comment: This was the most requested dram on the Show Bottlings stand throughout the show – once word got out, it was the first thing that everyone asked for, and the number of repeat customers was impressive. There are a few whiskies of similar age (and probably provenance) out there at the moment, but this one is the biggest fruit monster of them all – if you like your Irish whiskies dialled up to 11, then this is for you.

Many thanks to all of you who came to the stand during the show – especially the guy who walked over just to say hello after last pour on Saturday, having read my last blog post – it was a great weekend and lots of excellent whisky was drunk. On which note, keep an eye on the blog over the coming weeks, as Stu will be discharging his show duties and recounting tales of the incredible masterclasses that took place over the weekend.

RT @WhiskyExchange: Now available: the @TWEWhiskyShow 2015 Show Bottlings. Read all about them on our blog – http://t.co/Nyf80b836l

RT @WhiskyExchange: Now available: the @TWEWhiskyShow 2015 Show Bottlings. Read all about them on our blog – http://t.co/Nyf80b836l

If the Irish was distilled in 1991 or 1988, it is likely that it is a double-distilled Bushmills…

That was my thought as well. It seems to be from a similar batch of casks to the ones that the SMWS and others have released over the past few years, hence the speculation about crystal malt.