Autumn is a special time of year in the world of American whiskey. With the hot summer done, the distilleries knuckle down and push their various special releases for the year out of the door. Despite there being shortages in the USA of various whiskeys at the moment we’ve managed to get our hands on a number of interesting things that either have appeared already or soon will.

Firstly, we have this year’s Four Roses Limited Edition Small Batch Kentucky Straight Bourbon, one of the longest titled drinks I’ve had the pleasure of typing into our stock management system. It’s still a few months away from hitting our shelves but we had Four Roses Master Distiller Jim Rutledge pop into our Vinopolis shop in London last week to say hello. In standard fashion he wouldn’t leave until he’d signed every bottle of every kind of Four Roses we had in stock, so if you’re nearby you might be lucky enough to find one on the shelf still.

Four Roses are unique in their production process in that they produce a lot of different whiskies, using five different yeast strains and two mash bills to create ten distinct distillates. These are then aged at varying levels in their manifold warehouses, with each location having a different environment to make each barrel unique. They then blend together combinations of the whiskies from each of the ten yeast/mash recipes from different areas of the warehouses to create the flavour profiles they’re after, going from all ten in their regular Yellow Label down to only one in their aptly named Single Barrel bottling. The Limited Edition Small Batch is a very limited release which TWE has been rather fortunate to get a good allocation of in recent years, and we’re looking forward to the arrival of the 2011 edition. In the meantime we’ve got a few bottles of the 2010 release left, if you want to do a comparison tasting…

Along with the Four Roses there’s the much anticipated yearly release of the Buffalo Trace Antique Collection. This is their limited range of five whiskies that they release each year, varying from year to year but also selected to be the very best that they have to offer. 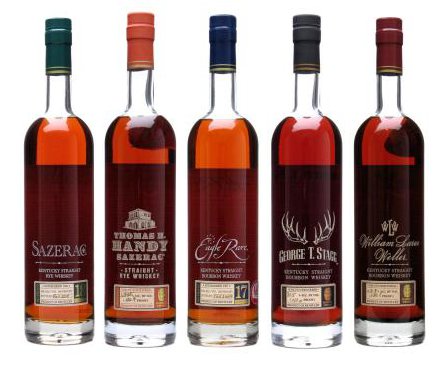 2010’s releases were an impressive, with the George T Stagg being The Spirit Journal‘s whisk(e)y of the year, the William Larue Weller being Jim Murray’s bourbon of the year and the Thomas H Handy Sazerac Rye his rye of the year in the 2011 Whisky Bible. It’s going to be hard to outdo the last release, but from Mark Gillespie’s interview with Kris Comstock in this week’s WhiskyCast it sounds like they’ve had a pretty good try… 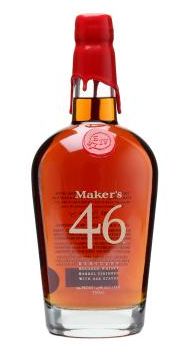 And as a last little sweetener, a little something that we’ve got in stock at the moment – Maker’s 46. This is the first new recipe Maker’s Mark to be released in over 50 years, with the 46 referring to the number of wood recipes they experimented with before settling on the final version. Along with their usual maturation they also add in some toasted new French oak staves for the final weeks of maturation, giving more vanilla, more spice and more toasty oak flavours than you get with the regular Maker’s Mark. This hasn’t been officially released in the UK but thanks to a bit of Whisky Exchange magic we have a few bottles up for sale now.

Anyways, keep an eye on the site and on our New and Interesting Products RSS feed – there’s some good stuff coming over the Atlantic this Autumn.