The Whisky Exchange Blog at Spirit of Speyside: Pt.1

9 Comments on The Whisky Exchange Blog at Spirit of Speyside: Pt.1

Now and again, working in the whisky industry and trotting out the occasional overly verbose blog throws up some spectacular fringe benefits that fully justify the grinding rectal ache of the three hour daily commute required to trek between southeast and northwest London for work. 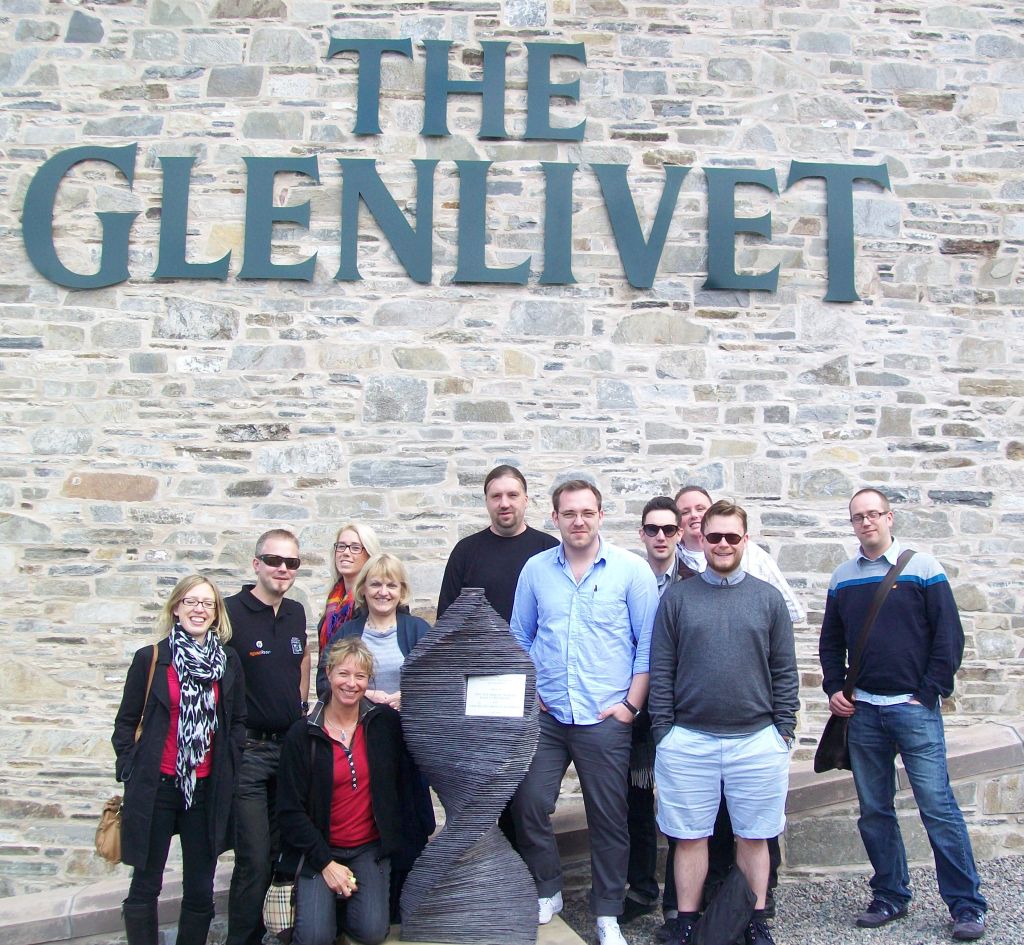 The honour of being invited to join a group of my blogging brethren on a four day visit to the Spirit of Speyside Whisky Festival as a guest of Chivas Brothers – with a rigorous schedule of events and distillery tours during a disturbingly sunny spell in late April – definitely qualifies as a case in point. The blogging contingent was represented by Neil & Joel Caskstrength (my old co-conspirators from the fictional boy-band ManDate); the affable Lucas from EWB, now working with Inver House; and the exuberant Steve from The Whisky Wire, whom I hadn’t met before but felt I knew already after frequent exchanges on Twitter.

I’ve always felt it very courageous of those whisky companies who invite more than a couple of bloggers at a time to these sorts of events.  I’ve compared it before to herding cats, but it makes me wonder what the collective noun for a group of whisky bloggers might be.  No doubt many of the PR folk who have to deal with us on a professional basis, tolerating our embarrassing outbreaks of nerdery and bravely smirking at our feeble witticisms, might suggest ‘steaming pile’ as a suitable umbrella term, but that’s probably a little extreme.  Answers on a postcard.

Chivas Brothers, however, are past masters in dealing with unruly collections of whisky bloggers, having pulled off a textbook containment operation with military precision during the celebrations for the opening of the Glenlivet expansion last year.

This time they had sensibly leavened the group with a small flock of cheerful German on-trade clients, ensuring that any potential inter-blogger tomfoolery or hi-jinks were curtailed in the name of cross-cultural courtesy.  Another reason we all had to be on our best behaviour was that proper whisky writers Dave Broom & Martine Nouet were also part of the group for several of the scheduled events.  Grace personified, they did their best not to show us up for the hopelessly gauche, amateurish lickspittles we are.

To business, then:  Having rendezvoused in the airport with our shepherds hosts, the indefatigable Michelle and Courtney, plus Chivas’s unflappable PR guru Jim Long, we were whisked straight to Glenlivet for a delightful lunch in the excellent cafeteria (including some superb oatmeal ice cream that our new German chums went crazy about) followed by a tour hosted by the splendid Ian Logan, the distillery’s ebullient international brand ambassador.  Ian is such disarmingly enjoyable company that in conversation I frequently catch myself calling him ‘Logie’ – an unforgivable enforced intimacy that I’m sure he detests but is far too polite to tell me to stop doing.  Apologies, Ian. 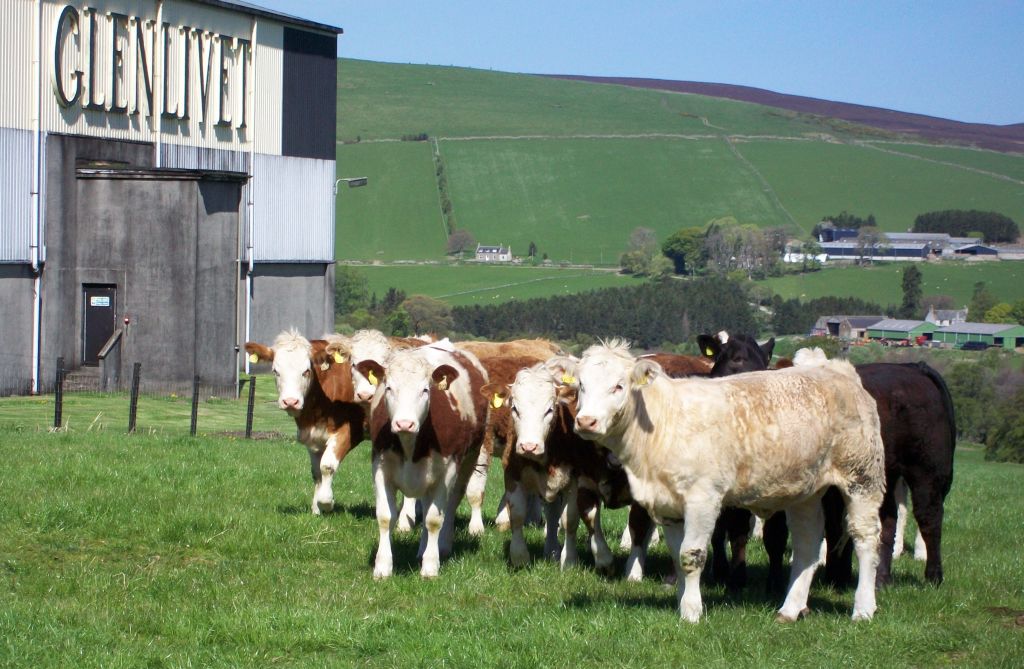 After the tour, which included a sensational 1979 vintage straight from the cask in one of the warehouses (an experience too enjoyable for tasting notes, but rest assured that it was a great whisky), we repaired to Linn House, Chivas’s extremely grand country pile for visiting VIPs.  Evidently there weren’t any VIPs in town that weekend as they let us in to lower the tone.

After a Superman-speed shower and change into more respectable attire, it was off to the Knockando distillery for the festival’s formal opening dinner.  This was preceded by an admirably swift judging session for the Spirit of Speyside Whisky Awards.

Rather than the traditional approach of determining the winner by narrowing down a wide range of entries over several torturous hours of intense chin-stroking and earnest whispering, the organisers had sensibly pre-sorted the wheat from the chaff (or perhaps the wort from the draff?) in advance, enabling us to get straight down to the nitty-gritty. 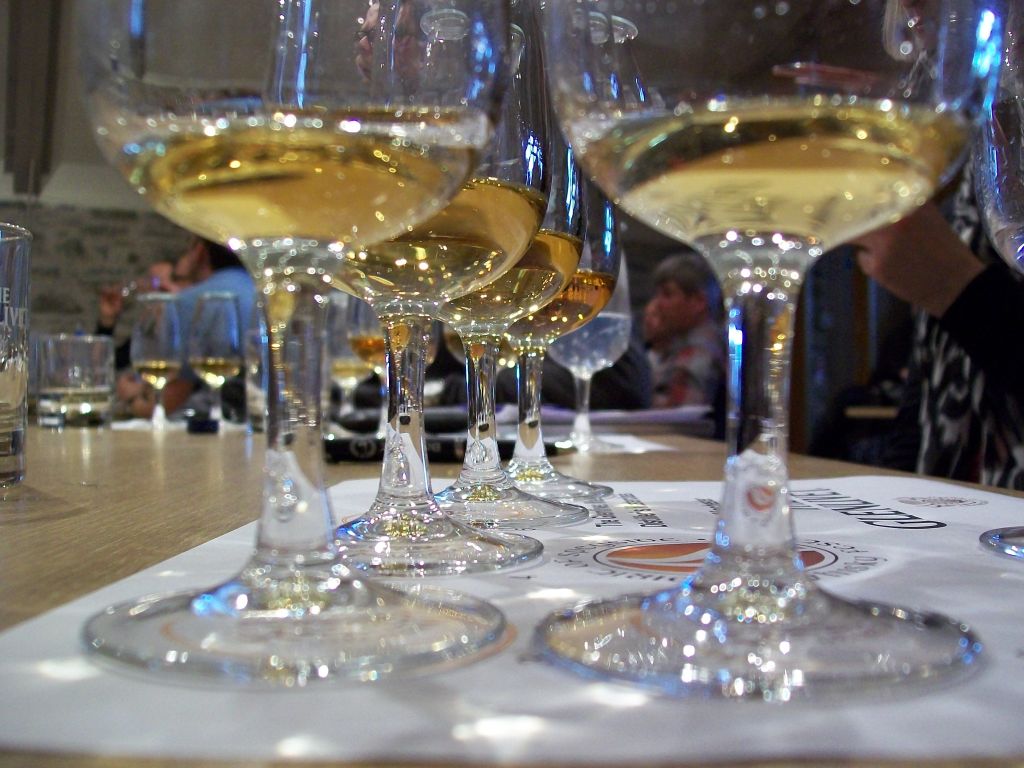 Consequently, on arrival at the distillery all guests for the dinner were invited to wedge themselves wagamama-style along two very long benches to choose between two finalists in each of three categories.  Fifteen minutes and six drams later we were ushered next door for a cocktail.  That’s what I call a good way to start a party, and it’s the kind of civilised approach that I may well be compelled to introduce for the next barbeque round at my  scruffy, pretentious, fictional South London eaterie, Le Jardin F.

Unfortunately for Alan Winchester, Glenlivet’s affable distillery manager, someone had cocked up the place cards for our table and he had to sit beside me for the whole evening.  He hid the blow pretty well, entertaining the table with a string of anecdotes delivered in his soft Scottish burr.

The food was excellent, as always in Scotland (I get all misty-eyed when I recall Morello’s deep-fried pizzas from my student days) and even the speeches were relatively pain-free, but by now we were all pretty shattered and, in a shameful let-down for the blogging community’s hell-raising image, on arrival back at Linn House we all disappeared straight to bed after only one nightcap.

Right, that seems like a good place for a pause – stay tuned for Part Two of my Speyside Adventure – coming soon on TWE Blog.

That group photo is screaming out for a caption. C’mon Tim, we know you have it in you. And isn’t it a “smug” of whisky bloggers?

A ‘smug’ is pretty good, but how about a ‘blag’ or a ‘smarm’ of whisky bloggers?

I think Joe has it right there – clearly a ‘blag’ is the correct collective pronoun, or whatever the english word is for it!

[…] to part two of my epic jaunt around the Spirit of Speyside Whisky Festival.  Click here if you missed Pt. 1 (or if you just fancy reading it […]

[…] of Speyside festival. Brave readers happening on this post for the first time may want to read Part 1 & Part 2 first.  Proper breaks should be taken between posts for refreshment and the avoidance […]

[…] Off Welcome to part two of my epic jaunt around the Spirit of Speyside Whisky Festival.  Click here if you missed Pt. 1 (or if you just fancy reading it […]