Continuing our 20th anniversary celebrations, we’re selling a fabled bottle of whisky for its original 1999 price – a whisky selling for £7,500 in 2019 for just £99. There’s just one catch: we’ve only got one to sell at that price. Head to the bottom of this post to learn more about the ballot we’re running for the chance to buy the bottle, but read on to learn a bit more about the whisky itself – Ardbeg 1976 Manager’s Choice. 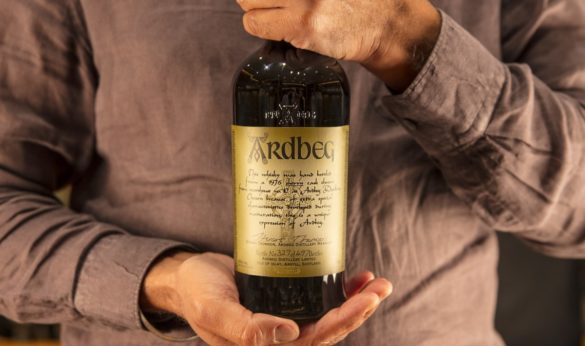 Just as The Whisky Exchange made its first tentative steps online twenty years ago, Ardbeg distillery was also beginning a new era.

Stories of Ardbeg go back to the early 1800s, but its more recent history is more chequered than its illustrious past. Reopened by Glenmorangie in 1997, the distillery was still finding its feet in 1999, with a new team firing up the stills after 16 years of intermittent operation and occasional silence.

Whisky takes time, and with very little younger whisky available, the distillery team dug deep into the warehouses to find gems to share with whisky fans while they waited for their own spirit to mature. In 1999, the Ardbeg 1976 Manager’s Choice was released, putting Ardbeg firmly back on the map.

Selected by distillery manager Stuart Thomson, cask #2391 was found hidden in warehouse #10 and was only available to visitors to the distillery. Distilled on 4 November 1976 and bottled by hand at 22 years old on 23 June 1999, every bottle was hand-numbered and signed by Stuart. 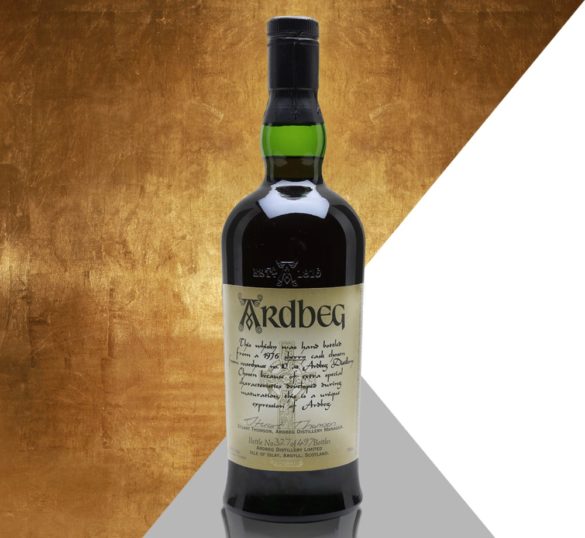 The whisky perfectly balanced the character of cask and spirit, with rich dried fruit, tobacco  and worn leather poised against tarry ropes, singed oranges and tropical fruit. An incredible marriage that wowed those lucky to get one of the 497 bottles yielded by the cask.

It currently sits with an average score of 93/100 from the Malt Maniacs and 94.77 on Whiskybase, the 55th highest ranked of the 128,000 whiskies in its database and one of six Ardbeg 1976s in the top 100 – a truly legendary combination of distillery and vintage.

The Ardbeg 1976 Manager’s Choice opened the door for the distillery’s rise to fame. More 1976 releases followed, with the Manager’s Choice’s sister casks picking up almost as much praise as the original – earlier years became known for bourbon-matured whisky from the distillery, but the 1976 vintage was all about the sherry.

Whisky Exchange co-founder Sukhinder Singh was fortunate enough to try the run of 1976’s head-to-head in a tasting: “They were all stunning, but in the end it came to just two – the Manager’s Choice and the Feis Ile 2002 special edition. Depending on the day, either could have come out on top, it was so close. On that day, the Manager’s Choice took it.”

Today, the distillery’s releases focus on the spirit produced since reopening, winning awards and fans around the world. Whiskies like the Ardbeg 1976 Manager’s Choice are now rare and much sought-after – a time capsule of how the whisky world has changed over the past two decades. 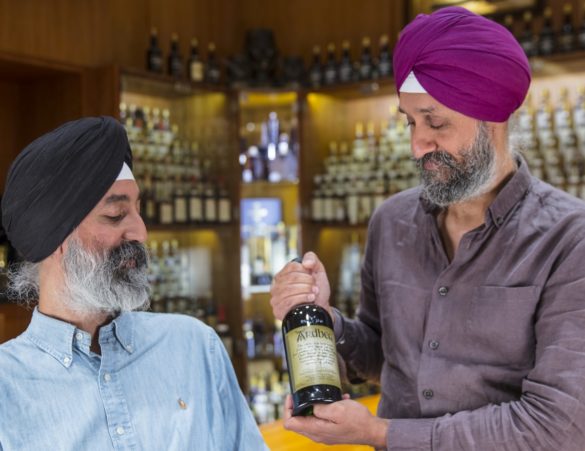 Launched at just £99 per bottle, it has steadily risen in value over the years. With only 497 bottles to start with, the number left has slowly fallen as they have been opened and enjoyed. Now, the few remaining bottles change hands for many times the original price, and we are very pleased to have found one to sell in our 20th Anniversary ballot.

How does it work?

It’s simple: head over to the Ardbeg 1976 ballot page, click “Enter Ballot” and then checkout as usual – you won’t be charged unless you are the winner of the ballot.

The ballot closes on 22 September 2019, so don’t delay – get yourself entered.

Are there any places that don’t qualify for Ardbeg 1976 contest? I clicked on the shipping list for countries and I’m not seeing Canada on there. Are Canadians eligible?

The ballot is open to everyone, but if we can’t ship to you, then you’ll need to sort out collection/otherwise getting the bottle. We can’t ship to Canada, so if you won you’d have to do some organising.