Rum is often seen as a party drink. Drunk in cocktails, over ice, from a coconut, with Coke, on fire, with a slice of lime, from a plastic cup or while wearing a silly hat. And on the one hand, it is that: it’s fun and unlike a lot of fine spirits the producers are mostly happy with the image. But, for years we’ve also had rums hiding in the wings that are worth of competing with the finest spirits in the world. Last night, they took a firm step into the limelight – for the first time, a rum won the International Spirits Challenge’s Supreme Champion award. The rum? Foursquare 2005. 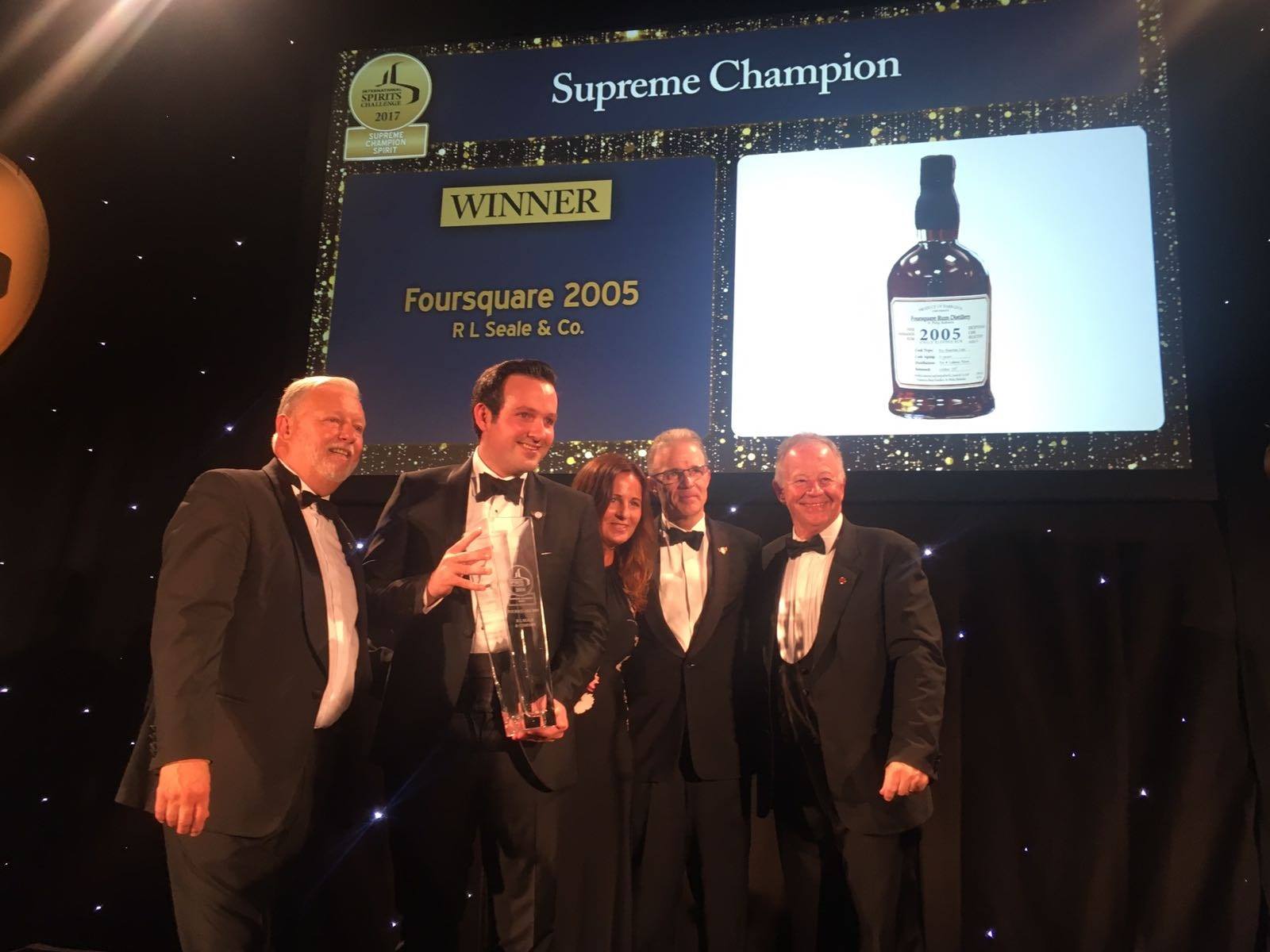 The ISC is one of the biggest spirits competitions in the world, with a panel of respected judges and hundreds of excellent entries across a huge number of drinks categories. While most competitions just name winners by category, the ISC also name an overall winner: the spirit that the judges liked best out of everything entered.

Previous years have seen whiskies, liqueurs and Cognacs take the top spot, but 2018 is the first where rum has been hailed as the winner. And it didn’t stop there, with Foursquare picking up a total of 10 medals at the awards ceremony last night, including a gold for Supreme Champion Foursquare 2005.

It’s no secret that we’re big fans of Foursquare. Distiller Richard Seale and his team are making excellent rum, and we’re very pleased to be able to help them get it out into the world. They also look at rum differently to most producers, focusing on how its made rather then its colour when describing it – there’s a lot more to rum than white, gold and dark, and Foursquare are making sure people know it. Educators and creators of great rum: worthy winners of the ISC’s award.

The 2005 release is the second annual vintage release from the distillery, following the universally renowned 2004 vintage. It was launched earlier this year as the sixth entry in the Exceptional Cask Selection series, along with Foursquare Dominus, the seventh.

Learn more about Foursquare 2005 and Dominus >

Like its predecessor, Foursquare 2005 is a blend of both pot- and column-distilled rums from the distillery, all aged in ex-bourbon casks. They’ve brought together weighty and characterful pot-still with lighter but still flavourful column-distilled spirit, giving us the best of both worlds: 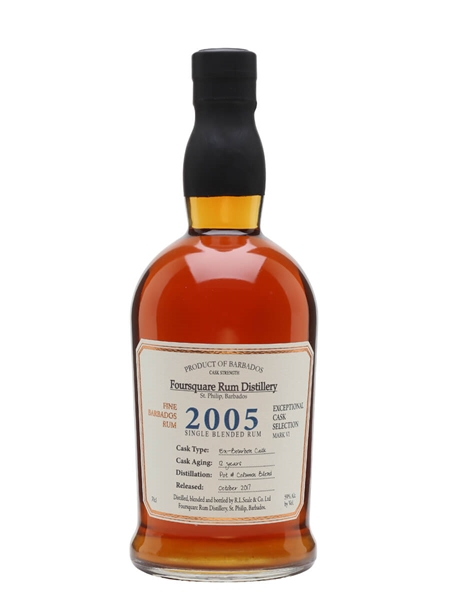 Nose: Crunchy caramel at first, with a touch of toffee sauce. Then fruity flavours emerge: green and roasted bananas, with hints of sharp red berries hiding behind. Rich lardy cake notes build – dark sugar, raisins and layers of buttery, enriched dough. Right at the back sit notes of barrel char and polished oak.

Comment: Rich and sweet, but never cloying. Complex and well-balanced with no spikiness, and surprisingly easy-drinking despite its high-strength.

Buy now at The Whisky Exchange >

Congratulations to Richard and the team on a well-deserved award. We’re looking forward to what they come out with next…

Richard Seale will be at The Whisky Exchange Whisky Show this year as one of the exhibitors in our Rum Zone – there’ll be a carefully selected group of the world’s best producers, all ready to pour great rums and tell you all about them. Tickets are available now.