We like working with Signatory Vintage. They’re well-known for having frankly ridiculous warehouses, packed with some of the best whisky in Scotland, and we’re always happy when they let us have a look at what they have maturing. 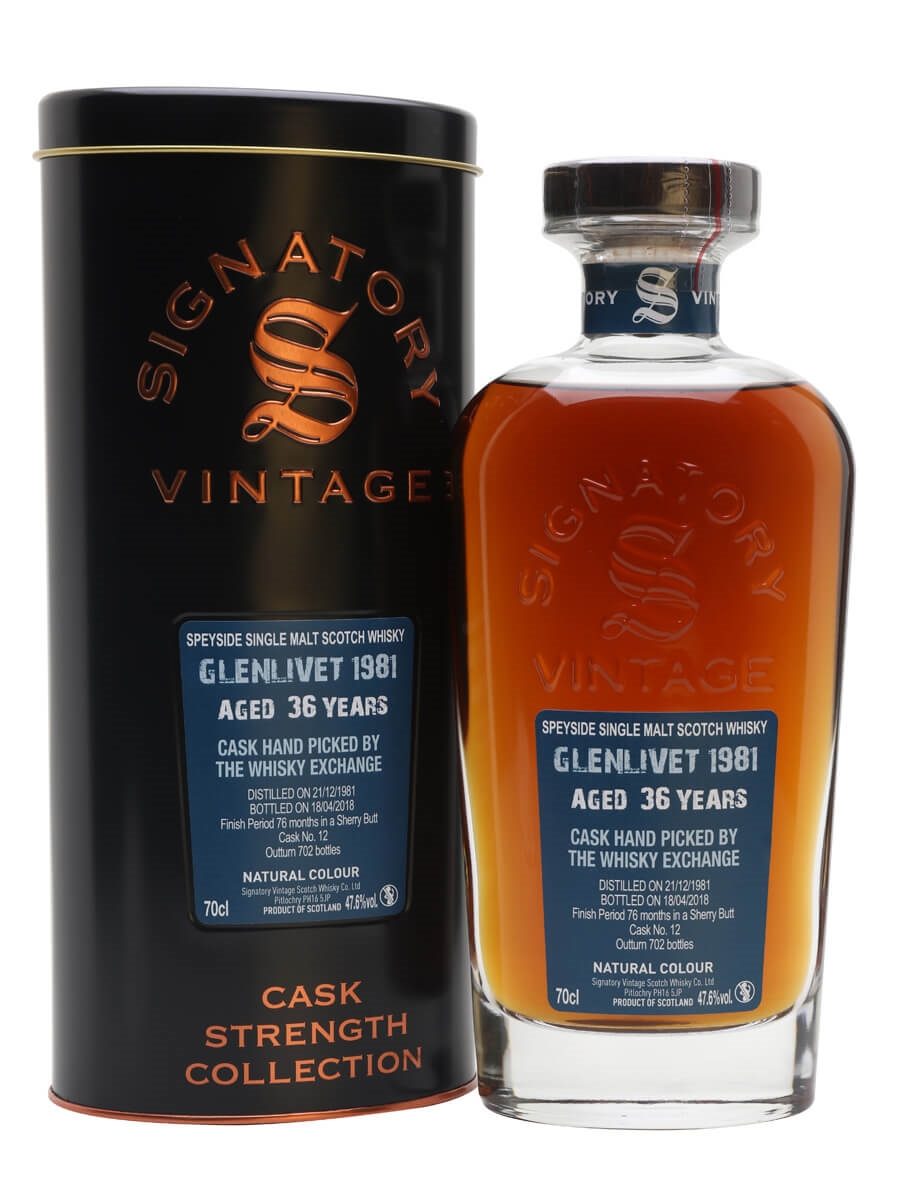 Distilled on 21 December 1981 and matured for 36 years, this whisky has a twist – it spent its last 76 months (six-and-a-bit years) in a sherry butt. So, a 30-year-old Glenlivet finished in a sherry cask, although calling more than six years a ‘finish’ is stretching things a bit. As you’d expect, it’s picked up some sherry character, but it is ultimately defined by its first 30 years, time where it slowly developed the elegance that well-aged Glenlivet is known for.

Nose: Mint chocolate with sultanas and raisins. Spiced brioche and cinnamon buns follow, with apple Danish pastries pushing through the middle. Old and elegant oak sits at the back: well-worn wax-polished tables. Hints of tropical fruit join the apples as it sits: pineapple and papaya.

Comment: Fruit scattered across an old oak table – just what you’re looking for from something like this. The sherry cask has worked its magic, adding rich fruit and spice without swamping 30 years of maturation. 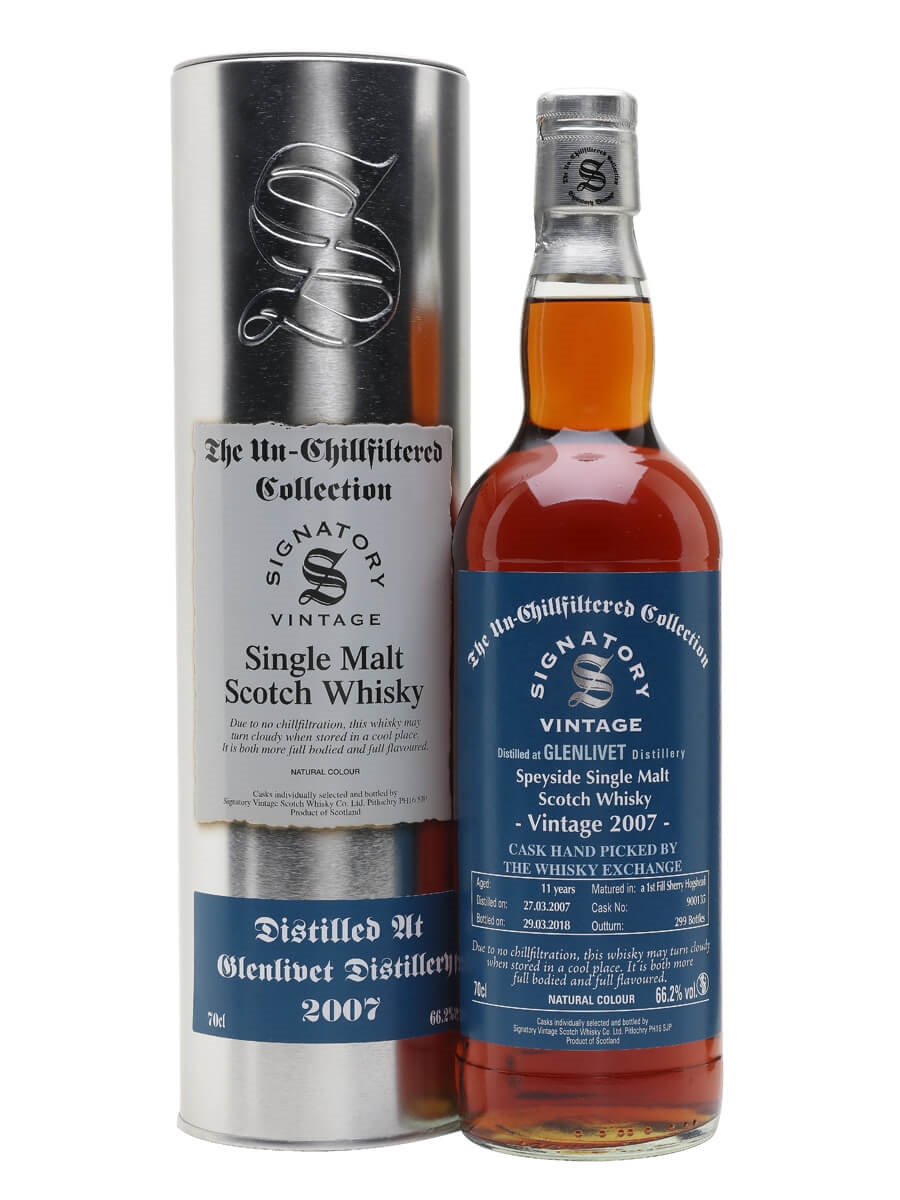 At the other end of the spectrum, this 2007 Glenlivet has had a simple life – 11 years (and two days) spent resting in a first-fill sherry hogshead. The cask was smaller, the sherry influence stronger and the bottling strength is a punchy 66.2% ABV – a combination that’s a must for sherry heads. We released a sister cask last year and liked it so much we had to have another. This one is slightly more restrained, but that’s not saying much…

Nose: Thick, dark and smoky raisin jam leads the way, followed by prunes and sticky dates. They are tamed by a sprinkle of cinnamon sugar. Leathery notes develop underneath, balanced by glacé cherries and rich toffee.

Palate: Intense – hang on to something. Raisins and cherries start but are quickly covered in peppery spice and hot cinnamon. Liquorice and leather emerge from underneath, followed by baked apples and hints of menthol. Treacle toffee and brown sugar provide rich, dark and sweet support.

Comment: A bit of a monster that isn’t particularly tamed by water. Intensely flavoured and full of fruit, it’s one for the sherry heads.

You can find the complete range of Whisky Exchange Signatory Vintage exclusives on our website.