All whisky drinkers have a story to share, whether it’s a visit to their favourite distillery or perhaps the day they opened a life-changing dram. We’d love to hear your whisky stories and we’ll be publishing our favourites – tell us all about them here. To set the scene, Stuart recalls his first trip to Islay… 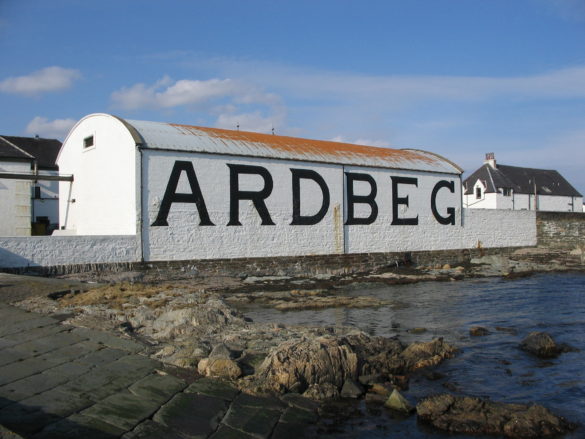 Ardbeg is one of a trio of whisky producers on Islay’s south coast, along with Laphroaig and Lagavulin, collectively known as the Kildalton Distilleries

‘Stu, Ardbeg is launching a new whisky. Fancy going up to Islay for a couple of days?’ I remember the day very clearly, in the spring of 2006, when my editor asked me the most rhetorical of questions.

I don’t think I’d ever been so excited to go on a trip. I was going to Islay – Islay! – that magical island where they make whisky like no other, to mark the release of Ardbeg Still Young.

Given that I’d really got into peaty whisky just a year or two before, you’ll understand my excitement. I was a keen whisky drinker, but like many people, I didn’t take to peaty whisky straightaway. The first one I tried was Laphroaig 10 Year Old; its no-holds-barred medicinal hit took me by surprise.

But I persevered, and I was struck by how those layers of peat and smoke could add so much to a whisky. Peaty whisky quickly became my favourite style, and the marked contrast between Islay distilleries was a revelation, too: Ardbeg 10yo and its smoked-bacon character; the clean and citrusy Caol Ila 12yo fattened up with a beautiful oiliness; and Lagavulin 16yo, a glorious combination of fruit and smouldering bonfires. 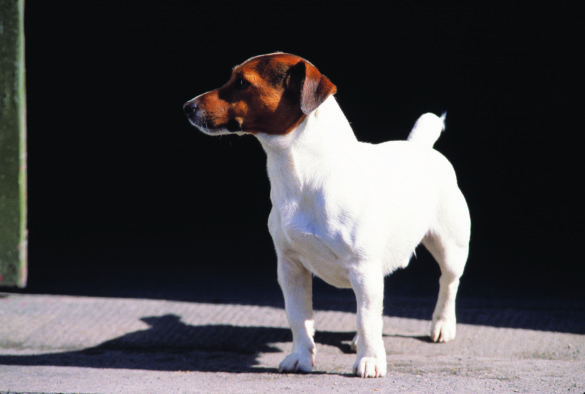 And so to the trip. You can’t fly direct to Islay from London; you take a flight to Glasgow then hop on a very small plane for the second leg, often greeted by plenty of turbulence, but this just added to the sense of adventure. Once on dry land, we headed south to Port Ellen, passing Laphroaig, then Lagavulin, then we were there: Ardbeg.

The first brilliant thing about the trip: Ardbeg bread. Arriving at the distillery, we made for the Old Kiln Café (Ardbeg is one of only two Islay distilleries that serves food; Kilchoman is the other) and all of us got stuck into this amazing smoky, peaty bread that was served with our soup. It tasted of Ardbeg! It was made with the grist (the leftover ground-up barley) and it’s a taste I will never forget.

Another thing that struck me was how few people actually work at the distillery, given its size and how much whisky is made there. Other than the distillery manager, I could count the number of employees I saw on one hand, something I would soon learn is the norm in whisky distilleries! The other highlight of the trip was trying new-make spirit – the distillery’s DNA. In the case of Ardbeg, the beautiful smoke shone through.

why i LOVE ISLAY

I got to see a fair chunk of the island, too. During the trip, I discovered: 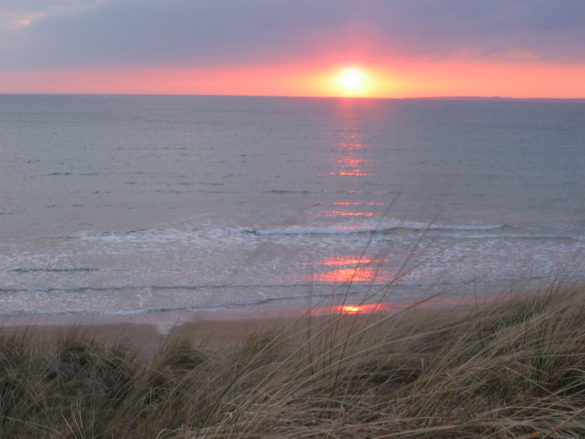 The sun setting over Laggan Bay on Islay

My trip wasn’t just about visiting a whisky distillery. For me, it was about visiting an island where whisky plays such a leading role, an island teeming with history, and an island that was just so different to any other part of Scotland I’d been to before. And now, every time I drink an Ardbeg, I think about that trip, and it brings back many happy memories.

Got a whisky story of your own? We’d love to hear about it.

Hey Stuart, Can I ask if this is what you do for a living? Blog and travel? I am just curious and very jealous of people that are able to live this kind of life.

Hi, thanks for the comment! We are lucky enough to travel a few times a year to distilleries. Our day-to-day work is here at TWE HQ, but we always look forward to visiting new places!

[…] month, I wrote a blog post about my most memorable whisky story – my first trip to Islay. It prompted several of you to share your own whisky stories, and […]