John Glaser, founder and whiskymaker at Compass Box, makes his case for why blending is essential in the world of Scotch whisky. 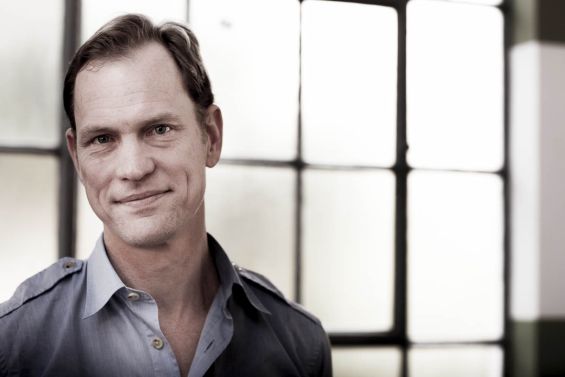 Everyone blends. This is not well known nor well understood, but in Scotland everyone blends – even single malt producers. Through blending, Scotland’s greatest whiskies are made, whether the whisky is classified as a single malt Scotch whisky, single grain Scotch whisky, or one of the three types of Scotch whisky blends (I’m not including single-cask bottlings, which represent a miniscule amount).

When a whisky drinker truly understands what blending is to Scotch whisky, this knowledge unlocks whole new worlds of whisky enjoyment. Here’s the reason why everyone blends: it provides the whiskymaker with a platform for creativity. It always has, going back to the Victorian roots of the industry.

Blending is how the flavour profile of your favourite whisky is brought to life. It is how that whisky is produced consistently year after year. Blending is also what makes Scotch whisky dynamic in an ever-changing spirits market, because blending is fundamental to how new products are fashioned.

Aenas MacDonald, in his book Whisky from the 1930s, comments on the consistency which blending brought to the modern whiskymaker:

Blending whiskies from different distilleries became a creative solution for combining heavier malt whiskies, which at the time did not suit the tastes of most people, with lighter grain whiskies. This combination of malt whisky and grain whisky we now call blended Scotch whisky, and today this represents approximately 90% of Scotch whisky production. 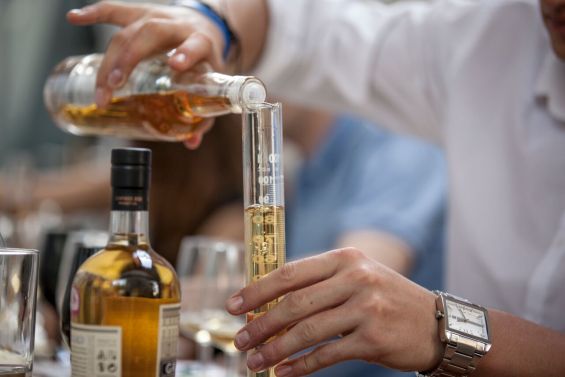 Scotch whisky is considered complicated by many people. There are five legally defined categories, but I think it is more telling to expand on these definitions in a non-traditional way:

Almost all Scotch whiskies, including single malts, are combinations of casks. For every single malt or single grain whisky produced, there is someone responsible for blending the casks for each bottling to ensure consistency. Scotch whisky distilleries use a variety of casks, each flavouring the whisky in their own way. To manage consistency, a recipe is maintained by a person in charge of blending the ingredients in a particular product: the amounts of component whiskies from different cask types, as well as those of different ages. If it is a blended whisky, part of the recipe includes the amounts of whiskies from different distilleries. If it is a single malt or single grain whisky, all the components come from just one distillery.

The creative potential of blending in Scotch is almost limitless. There is more breadth of style in Scotch whisky than any other spirit in the world. Across the 100+ Scotch whisky distilleries today, you have grain whiskies which range in flavour from clean and light to richly vanilla; and malt whiskies that run a vast spectrum from light, grassy and floral to hugely peaty. Overlay this with the difference age has on a whisky – we appreciate younger whiskies for their vibrancy and distillery character, and older whiskies for their complexity and depth. It’s this tremendous breadth of style that makes Scotch whisky so compelling.

What the five categories do not give you is an indication of the flavour to expect in the bottle. There can be a huge variation in flavour between two single malt releases from the same distillery and while the distillery character may form the backbone of the whisky, further maturation lends another complex component to the overall flavour.  Also consider the difference between Compass Box Asyla and Compass Box The Circus: both fall under the category of Blended Scotch Whisky, but one is delicate, appropriate for an aperitif, while the other is deep and complex, better suited as a late-evening drink.  Through blending, we are able to create a vast universe of styles in any category.

To create a whisky, we begin with an idea for a style and possibly a drinking occasion. We look to our inventory of whiskies and pick out casks we believe might contribute to the style of whisky we have in mind. If you work for a single malt distillery, you look into your warehouse for whiskies of various ages, aged in different types of cask; if you work for a blending house that sources whiskies from multiple distilleries, you look across your inventory of casks. In either case, you draw samples, and over many weeks or months you blend small quantities of recipe prototypes, one iteration after another, to try to achieve the style you have in mind. You blend. You create. 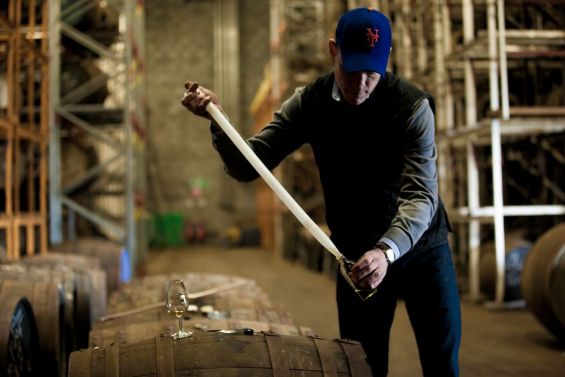 Blending components allows you to layer flavours, to balance heavy flavours with light to create complexity. It’s just as in the world of wine. A red wine from Bordeaux is typically a combination of several grape varieties: Cabernet Sauvignon, for its depth of flavour and tannic structure; Merlot for its fruit character; and small amounts of Petit Verdot or Cabernet Franc for their fragrance.

The next time someone says ‘that’s just a blend’, teach them that blending is a platform for creativity. The image of blending has been tarnished by the boring character of so many cheap blended Scotch whisky brands and own-label supermarket products. This is unfortunate, but remember there are some really boring single malt whiskies, too!

This is what blending is all about.

[…] delve further into the world of blended whisky, have a look at Compass Box whiskymaker John Glaser’s post about how he sees blending and our focus on blended whisky on The Whisky Exchange […]

[…] and his love of Japanese whisky, Foursquare’s Richard Seale and his take on the rum world, Compass Box’s John Glaser’s on the importance of blended whisky, Sipsmith’s Jared Brown on sloe gin, and Don Fulano’s Sergio Mendoza on current trends […]

Great information shared on Blended Whisky! It’s hard to come by well-informed people for this topic, however, you seem like you know what you’re talking about! Thanks