2 Comments on What is gin? A beginner’s guide 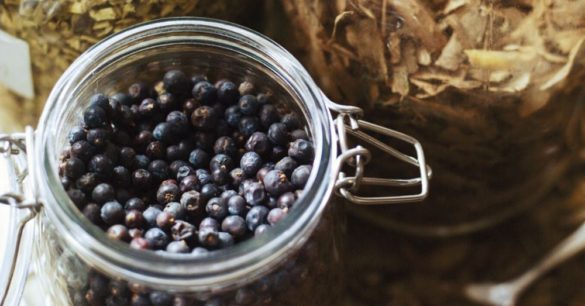 The past two decades have seen a return to popularity of what was once the best-loved alcoholic drink in England – gin. But what is gin and what do you do with it? There’s years of history behind it, incredible distillers making it, and lots more to do with it than splash it in a glass with some tonic. Read on to learn more…

At its most general, European law defines gin as:

Or more simply: ‘a spirit that’s flavoured with juniper’. Juniper’s not the only botanical in the mix, with almost any flavoursome plant or berry having made its way into a gin at some time. There are a few common ingredients, including citrus peels, cardamom, anise, liquorice, and orris and angelica roots.

Where does gin come from?

While these days, gin is considered a very English drink, it started out on the other side of the North Sea, in the Netherlands. Dutch Jenever became popular in England during the late 1700s, after Dutch king William of Orange took the English throne in 1688. The English started making their own version and as taxes were low, gin was cheap and a huge craze started. It got out of hand and Parliament intervened in the 1850s with higher taxes and more regulation. 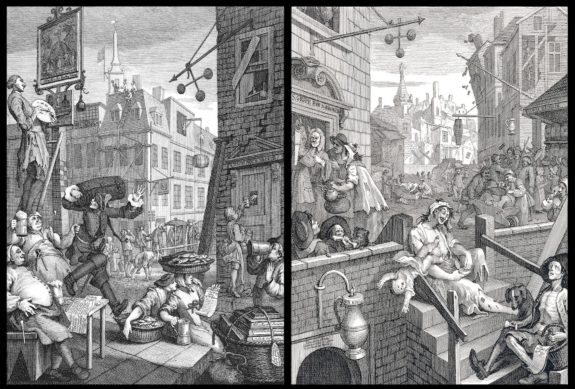 Gin continued to be a popular drink across the British Empire. Tonic water was initially created to make consuming bitter anti-malarial quinine powder more appealing and it quickly spread across the Empire as an accompaniment to gin. The popularity hit its peak in the cocktail-obsessed early years of the 20th century, with famous drinks like the Martini, Gimlet, Negroni and Gin Fizz appearing at the time. Things went quiet again until the turn of the millennium, when cocktails started to become popular again and premium gins like Bombay Sapphire started to appear.

These days, new gins appear every day from all around the world. We currently have more than 400 available on our gin page…

How is GIN made? 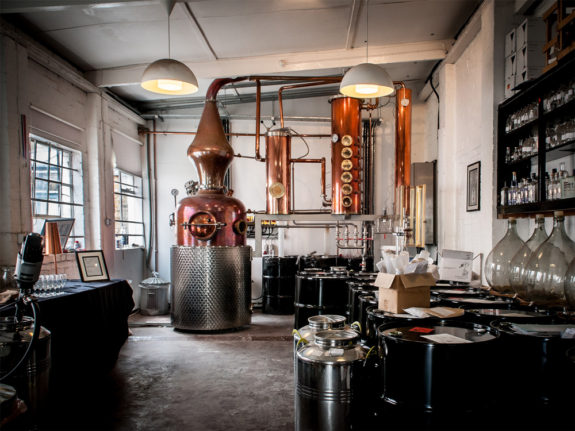 There are two main ways that gin is made:

Cold compounding – for this process, neutral spirit (like high-strength vodka) has flavourings added to it. These can be flavour extracts, actual botanicals or a mix of the two.

Distilling – these are made by adding the botanicals to a still filled with neutral spirit and then distilling the spirit.

What types of gin are there?

There are a number of legal types of gin, as well as different styles.

1. If a bottle just has Gin on the label, then it can be made by cold compounding or distilling, must be at least 37.5% ABV and has to taste mostly of juniper.

2. If it says Distilled Gin then it has to be made by distilling botanicals, although you can add flavourings after distillation – that’s where some bottled pink gins get their colour and Hendrick’s Gin gets its trademark cucumber and rose-petal character.

3. London Gin or London Dry Gin is a legal term for a style made popular in London rather than a declaration of the origin of the spirit – while there are distillers making gin in London these days, including Sipsmith and Beefeater, most London Dry is made elsewhere. To use the name on the label, the bottle must contain a distilled gin with nothing added after distillation apart from water.

4. Old Tom Gin doesn’t have a legal definition, but is a sweeter style that became very popular in the early days of gin making in England. It’s reappeared more recently as smaller producers have delved into the history of gin and cocktails, and recreated long-lost recipes.

5. Sloe Gin and other flavoured gins are a key part of British liqueur-making tradition. They are made by adding sugar and other flavourings to gin, creating sweet and usually fruity liqueurs. While sloe gin is the best known in the UK, producers like Edinburgh Gin have created whole ranges of different flavours.

How TO drink gin 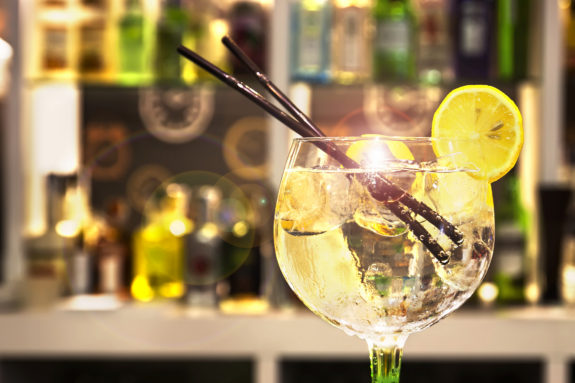 The classic way to serve gin is with tonic water and a slice/wedge of citrus, but here are some great simple serves to take you beyond tonic – we’ll save cocktail recipes for another day…

Gin Buck – the spicy precursor to the Moscow Mule: gin, ginger ale and a squeeze of lime.

Red Snapper – the gin version of the Bloody Mary: gin, tomato juice, tabasco and whatever else you’d like to add.

Gin and It – a classic. The “it” refers to ITalian-style sweet vermouth: gin and sweet red vermouth.

Find more about gin on The Whisky Exchange gin page.

[…] to demystify things with beginners’ guides to eau-de-vie, agricole and molasses rum, and gin, as well as dives into the word of Champagne, port, and […]