Many people dream of starting their own whisky distillery, but the Wills family went ahead and did it, founding Kilchoman on Islay back in 2005. George Wills was our host for a tasting of the entire Kilchoman range. He told us the five key stages that sum up the distillery’s 12-year-history… 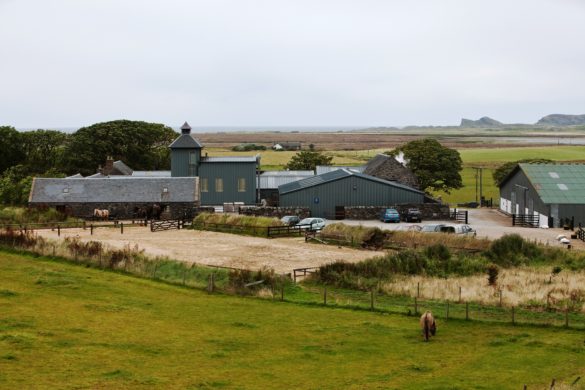 George explained the reason Kilchoman exists is because the family wanted to ‘take whisky back to its traditional roots’, and that the distillery started like so many others on Islay: small farms, growing a little bit of barley. He said: ‘When we came to Islay, people thought we were mad – there’s a reason why no one had built a new distillery there for 120 years – but it’s working. And we were surprised by the warmth we’ve received from the industry, and especially from other Islay distilleries.’

Kilchoman’s house style is different to most other Islay whiskies. It’s peated to approximately 15 parts per million (‘depending on who lights the fire’, said George), but the predominant character is clean, fresh, and citrus-led. He added: ‘People think of peat as bonfires, chewing on ash and so on, but we’re looking for lighter, sweeter flavours with more citrus – this is what drives Kilchoman.’ 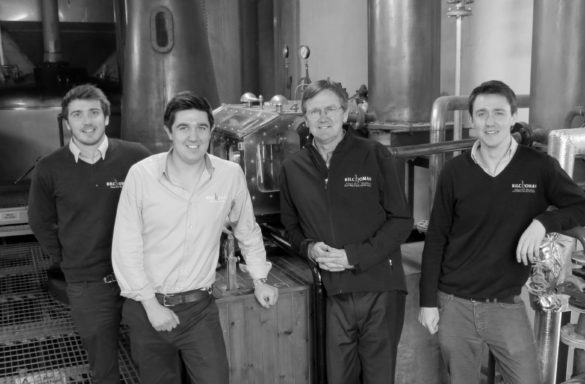 One incident, however, had potentially catastrophic consequences. George’s dad Anthony had gone to Edinburgh to watch a rugby match, leaving his sons in charge. In his absence, rather than adding bags of coal to the fire one by one, the sons just threw a couple on before heading home. The next thing they knew, the fire brigade was on the phone: ‘The kiln roof was on fire and the kiln was destroyed,’ said George, ‘but there was a beautiful smell!’

Another hurdle Kilchoman had to overcome was the fact that it had no stocks of mature whisky to draw on, and everything it released had to be distilled from scratch. George explained: ‘At the start, it was a slog to get people to drink three-year-old Kilchoman. We were trying to put out NAS or very young whiskies when not many people were doing it, but now we’re looking around and people are releasing younger whiskies. Consumers are now far more open-minded as to what they’re tasting.’

Kilchoman makes the same amount of spirit in one year as its Islay counterpart Caol Ila does in one week: approximately 200,000 litres of alcohol, which works out at 20 bourbon barrels’ worth a week (‘22 in a good week’). And George’s favourite expression? 100% Islay: ‘It’s the closest one to my heart. It’s everything that’s great about Kilchoman – the freshness, the saltiness, it’s like being by the seaside.’ 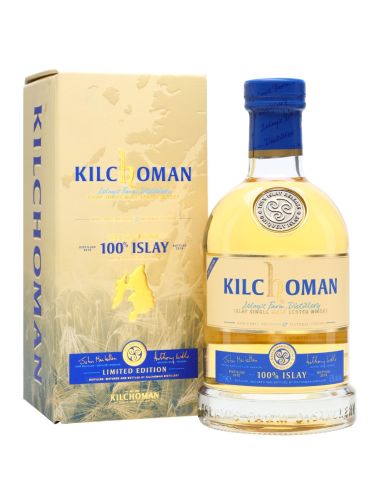 Loch Gorm – winter spices, notes of cinnamon, brioche, dark chocolate and cocoa, with peat and dried fruit in the background

100% Islay PX Finish (the result of a mix-up in the distillery) – treacle toffee, dates, orange peel and cloves, with warm peat lurking

A big thank you to George for his very honest appraisal of what it takes to start your own whisky distillery. Kilchoman is now very much part of the Islay whisky scene, and its bottlings are much in demand. You can see our full Kilchoman range here.