Whether it’s the raging debate about no-age-statement releases, or questions about how old a whisky I’m pouring at a festival around the world is, age is currently a hot topic. Something I’m often asked is how older whiskies compare to younger ones.

George Grant, sales director at Glenfarclas, recently hosted a tasting of six bottlings from The Family Casks series, one each from the 1950s through to the 2000s. It inspired me to find out more about if older whisky tastes better – or is it just different?

Production methods have changed since the 1950s, and there are three main factors that have influenced the evolving flavour of whisky. 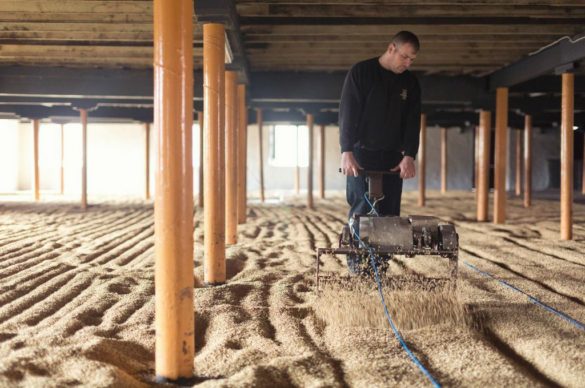 Fifty years ago, many distilleries had their own maltings. This gave them full control over the whisky-making process and allowed them to develop their own character by determining the length of the germination period, peating level and yield. However it is incredibly labour intensive and not particularly efficient, hence a lot of money was saved when most distilleries ceased to do it themselves and ued commercial maltings instead. It also allowed distilleries to have standardisation within the process, for example using air to dry to barley, rather than whatever was readily available on that day. Some distilleries which still use their own maltings include Springbank, Highland Park, Kilchoman and Laphroaig. The first two whiskies we tried on the night were from pre-1972, when Glenfarclas closed its maltings. They were noticeably different to the rest of the line-up in having hints of smoke, partly due to the fact that small amounts of peat were used to dry the barley at the time.

Prior to the 1980s, most distilleries used directly-fired stills, where the heat source (typically coal, peat or wood) is placed underneath the still and lit. Most moved to internal heating, which saves both energy and money, but this also changes the character of the whisky, so many whiskies you try from the 1970s will differ from the same expression from the same distillery made in the 1980s. One recent example to move from direct firing by gas to internal steam heating was Macallan, which changed in 2010, so keep an eye on releases in the coming years and you can decide for yourself. Glenfarclas tested internal heating in one still for three weeks in 1981 but the character of the spirit completely changed. And it wasn’t just the opinion of the distillery itself. A sample was sent for chemical analysis, and it was sent back with three options for the original distillery – none of which was Glenfarclas! As a result it is one of a handful distilleries that still uses direct-fired stills (albeit with gas as a more-efficient heat source), a list that includes Glenfiddich and Springbank.

The cask used has a big effect on the final whisky. The size, age and number of times it has been used are all factors. A first-fill cask will impart lots of flavour within the first decade, so is better suited to younger whiskies, while spirit aged in a fourth-fill cask will cause less reaction between the wood and the spirit. The quality of the cask is also important – with sherry casks costing up to £750, you don’t want to have a cask that leaks. Production methods and knowledge of the ageing process have improved greatly over the past 20 years, with Glenmorangie the pioneer with its use of different casks and also sending its head of distilling, Dr Bill Lumsden, to America to select trees for its casks.

Other (more technical) changes include new strains of yeast, changing fermentation times to produce different styles of spirit, and replacing manual jobs with robots. The big one for sherried whiskies is the banning of paxarette by The Scotch Whisky Act 1988, which considered it as an additive. Widely used to season sherry casks up until the 1980s, this blend of Pedro Ximénez grapes and essences was added to the cask before it was filled with spirit, added a richness and sweetness to whiskies aged in otherwise ‘tired’ casks. 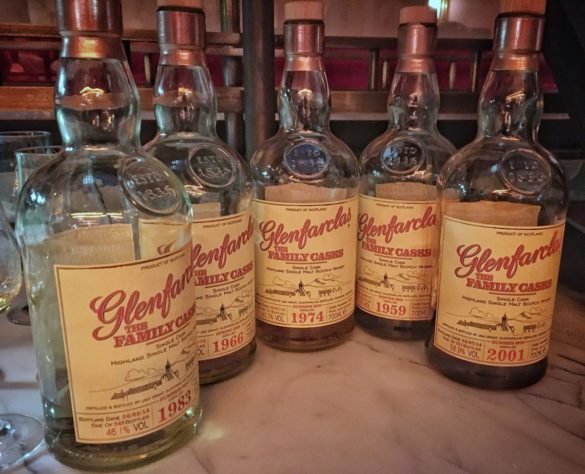 Five of the whiskies we tried, to see if older is better

For me, the oldest and youngest were too full-on for my palate. The 1983 was interesting, but very un-Glenfarclas (due to the recession at the time, the distillery ‘gambled’ by using cheaper casks) with a more malty style. My favourites were the 1974 and 1992, both different styles but with the classic Glenfarclas fruity character.

So is older whisky better? Not neccessarily – it’s just different.

as a remark, assessing if better is older using this tasting is a stretch, as in this example, not only the distillation period is different, but the age of the whisky.
For addressing the initial question, it is best to compare 12 YO Glenfarclas from the 1960s vs 12 YO from 2010+… Regarding the cask, one should not forget that Glenfarclas did change also of bodegas and if you compare the version from the old vs the new one, the change in flavour profile is quite noticeable…
But nice essay 🙂