With a year of 200th birthday celebrations behind them, you’d think that the folks at Laphroaig might want to have a rest. That’s not their style, and they have kicked off 2016 with a new ongoing release – Laphroaig Lore. 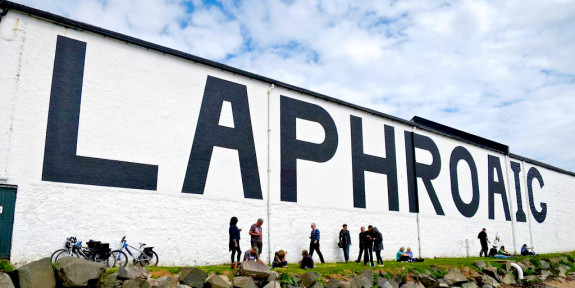 The name comes from how Laphroaig has run over its 201-year life. According to the dictionary, ‘lore’ means:

‘a body of traditions and knowledge on a subject or held by a particular group, typically passed from person to person by word of mouth’

That’s the way that many distilleries, Laphroaig among them, pass on the skills required to make their whisky rather than anyone else’s. Bessie Williamson, who inherited the distillery from the last of the founding Johnston family, is considered the final generation of family ownership, but since she retired in 1972, the knowledge of how Laphroaig is made has been passed down through a series of managers. John Campbell is seventh in that line and was part of the team who created Lore.

To build Lore, John and the blending team pulled apart from the core flavours of Laphroaig, dividing them up into four categories. As John put it:

‘Laphroaig needs to be peaty, which is a bit of a no-brainer. For me, it needs to be fruity as well. It’s probably third or fourth flavour down the list, but you also get floral notes. And while I don’t generally like dry whiskies, all the best Laphroaigs are dry.’ 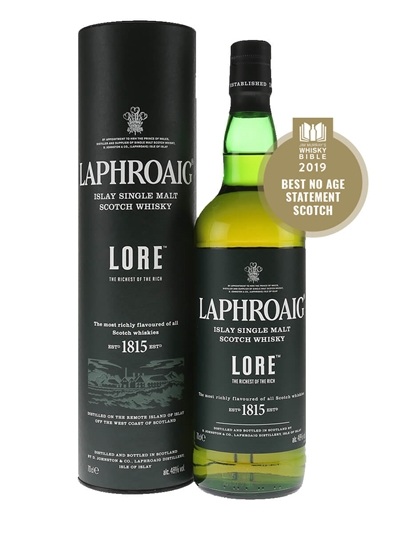 Palate: Richly textured and, again, oily on the palate. It starts gently, with soft spice, honeysuckle and lightly sweetened lemonade, before the richness rolls in: charcoal, ash, tar, sweet-smelling leather, pungent pipe tobacco, raisins, stewed plums, toasted marshmallows, and sharp apples and their skins. After the initial burst of flavour, things settle down and reveal a dry and ashy core with a mineral, coastal and medicinal character – classic Laphroaig.

Finish: A burst of sweet apple is joined by ash and forest puddles. The darker flavours fade, leaving anise, apple, green grass and a hint of riverbank earth.

Comment: A Laphroaig that definitely fulfils the brief – it’s rich. Not rich as in ‘heavily sherried’, but intense and powerful, with excellent complexity.

Its dry smokiness reminds me of last year’s Islay Festival bottling, which only used peaty barley malted on Laphroaig’s own traditional malting floor; the fruitiness is reminiscent of older bottlings; and the ashy core is typical of more modern releases – it’s a combination of Laphroaig styles from over the years and combines them well. A worthy addition to the range.

Laphroaig Lore is now available on The Whisky Exchange website. You can learn more about the history of Laphroaig in this post from last year’s Islay Festival.

RT @WhiskyExchange: The lowdown on Lore, the latest whisky from @Laphroaig https://t.co/PUkxiFUbPh