For our final tasting of 2015, we welcomed Inver House Distillers to showcase some of their whiskies, focusing on an aspect of whisky that most companies are not talking about much these days: long ageing. 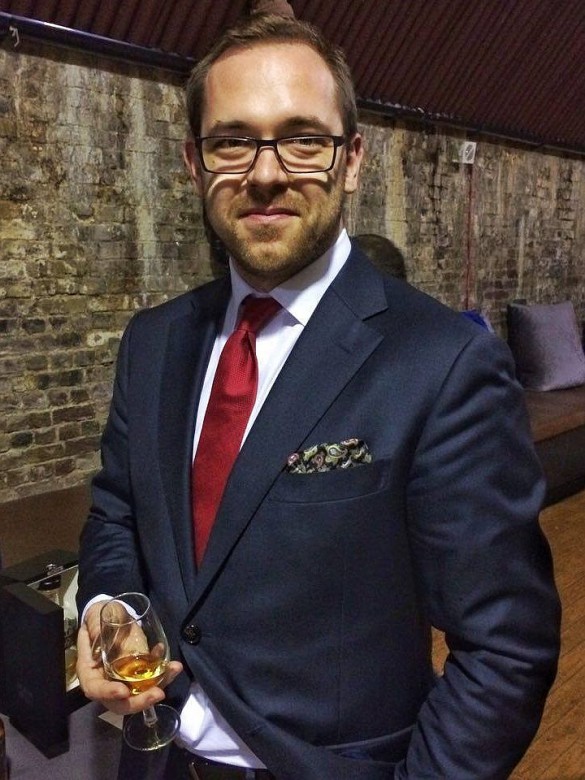 Lukasz, looking dapper for his final tasting of the year

With whisky’s popularity at an all-time high and the spirit taking years to mature, it’s understandable that we’re seeing younger whiskies appearing on the market. Nice as younger drams can be, there’s something special about whisky that’s spent years in a cask.

We were joined by Lukasz Dynowiak, Inver House brand ambassador, to walk us through well-aged drams from three different distilleries: Knockdhu, Old Pulteney and Balblair.

We started at Knockdhu, on the east edge of Speyside – a Highland distillery by mere yards. Its whisky goes by the name of AnCnoc, to avoid confusion with nearby Knockando – Knockdhu means ‘black hill’ in Gaelic, but the hill that gives the distillery its name is the biggest in the area, so the locals just call it ‘the hill’, an cnoc. The distillery’s range starts with 12- and 16-year-old whiskies, we jumped in straight in at the top, and tried the 18- and 22-year-old drams.

The 18 Year Old is very much a traditional AnCnoc, with honey, spice and citrus, as well as hints of tropical fruit, whereas, the 22 Year Old adds in a few extra years and some more sherry-cask-matured whisky to create something weightier: 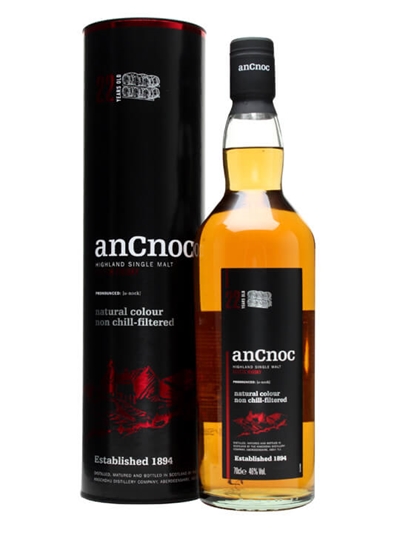 Comment: An excellent balance of sherry- and bourbon-cask maturation, with the distillery’s character enhanced rather than hidden by the casks.

We then headed up to Wick in the far north of Scotland, to try some Old Pulteney. The whisky is referred to as ‘The Maritime Malt’ in Inver House’s portfolio for two reasons:

While there’s no actual salt in the whisky, Old Pulteney definitely has a tang of the sea to it – breaking waves, seashores and a touch of brine.

The distillery’s core range consists of three whiskies, and while the 12-year-old is one that I usually have in my whisky cabinet, we focused on the other two. Ever since the 21 Year Old picked up Jim Murray’s top award in the Whisky Bible 2012, it’s become a worthy best seller, but while it is a great dram, it’s the 17 Year Old that I keep returning to: 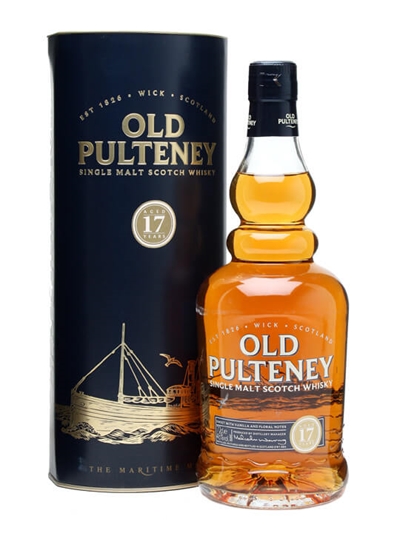 Palate: Floral and sweet, with some cinnamon heat and lashings of fruit – apples, pears, fleshy mango and a bit of banana. Spice builds, backed up by white chocolate and salted almonds.

Comment: A careful combination of the 12 Year Old’s seaside brashness and the elegance of the 21.

To finish, we returned south, to Balblair. The distillery bottles its whiskies with vintages rather than age statements, and they regularly produce new versions as they sell out – each new vintage will be similar to the one it replaces, but they are all slightly different.

We tried Balblair 1990 and 1983, very contrasting drams – the 1990 is finished in sherry casks, while the 1983 was matured exclusively in ex-bourbon casks. Both are great whiskies, but the 1983 was the one for me – very good spirit, well aged in a cask that doesn’t overwhelm the distillery’s character: 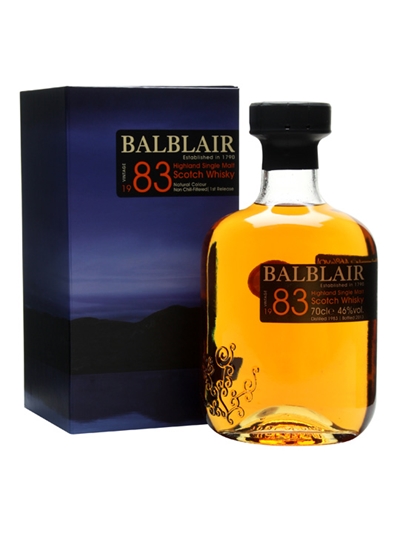 Nose: Toasted bananas, peach syrup and pine needles with a background of creaminess – vanilla cream and creamed coconut. Ground almonds and tropical touches – papaya and dried mango – are joined by waxy polish and a zing of lemon zest.

Palate: ‘Caramel sauce poured over peaches and pears’, my notes say. Behind that are notes of milk and dark chocolate, woody spice, orange and grapefruit zest, and a touch of pith. Sweet spice builds: nutmeg, cinnamon and fragrant cardamom.

Finish: Syrupy to start, turning leafy and minty before hitting a rich and earthy end.

Comment: Stacks of fruit, all balanced by nuts, spice and a bit of creaminess. My favourite style of dram and easily my pick of the night.

We then had one more whisky, chosen to mark three events that called for a special final dram: the last drink of the night, the end of Lukasz’s last tasting of the year, and the final tasting to be held at Vinopolis – both our shop and the neighbouring wine experience have now closed. Don’t worry, as we have opened a new shop near Covent Garden and it won’t be long before we’re back in the London Bridge area.

Our last dram was Balblair 1969, a suitable final whisky – old and elegant. While whisky isn’t all about long ageing, when it’s done right, it can produce something incredible.

If you want to know more about Inver House’s distilleries, I visited them a few years back – find more here: Balblair, Pulteney, Speyburn and Knockdhu.

#Whisky Well-aged whisky with Balblair, Old Pulteney and AnCnoc: For our final tasting of 2015, we welcomed In… https://t.co/qC4uTTb3TE

RT @DinoSpeaks: #Whisky Well-aged whisky with Balblair, Old Pulteney and AnCnoc: For our final tasting of 2015, we welcomed In… https://t…

“Focusing on an aspect of whisky that most companies are not talking about much these days: long ageing.” – can anyone blame them when the average whisky commentator is so compromised on the subject that they either don’t know, or won’t say, if age matters to whisky or not? Average whisky IQs are in free-fall and the people who supposedly know whisky best aren’t helping.

[…] starting with our traditional Diageo Special Releases evening with Colin Dunn and finishing with a tasting of long-aged whiskies from the Inver House Distillers portfolio with Lukasz Dynowiak. We had visiting American distillers from Rock Town and Wild Turkey, […]