Ten years after opening in London Bridge, our Vinopolis store closed for the last time on Christmas Eve. We will be announcing its replacement very soon in the same part of town, and in the meantime, our new Covent Garden store is open for business. Alex Huskinson managed our Vinopolis shop for nearly six years, and he shares his memories of running the premier destination for whisky lovers in the capital. 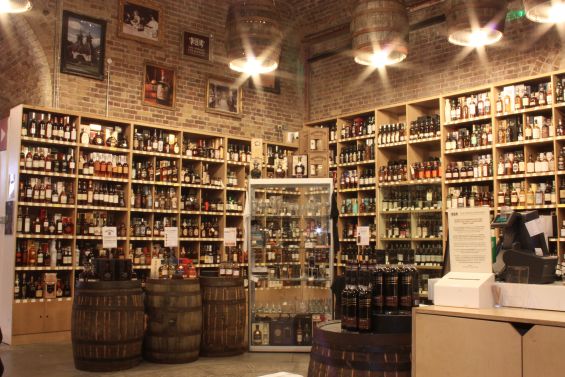 As a cocktail bartender for many years before working in the shop, I had a big interest in spirits, but my only real experience of whisky was bourbon. I then started working part-time in the Vinopolis wine tour (back when it was good) just as they had the Diageo whisky room built and I was introduced to Talisker 10 Year Old. I fell in love.

I was then lucky enough to have The Nose – Whyte & Mackay’s Richard Paterson – come just a few weeks later and do a talk for us and I tasted the legendary 62 Year Old Dalmore (with accompanying bells, whistles and party poppers). It started an obsession.

I was first employed in the store part-time to teach the whisky geeks there about other spirits. The wealth of knowledge was more than extraordinary when it came to malts, and I was privileged to learn from them. Saying that, they knew nothing of Tequila, so it was a fair swap. 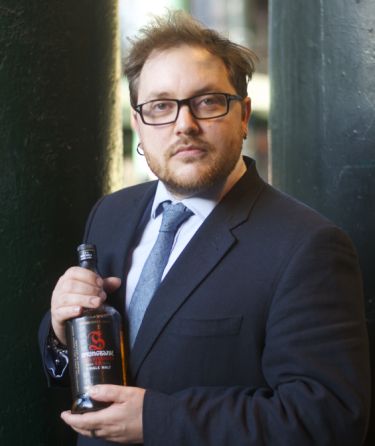 The first tasting I went to was Mickey Heads and the launch of Ardbeg Almost There, which is still my favourite young Ardbeg. A real baptism of fire, with six-year-old Ardbeg all the way to one from my birth year.

One of the first events I organised was a gin tasting. It was a learning curve as I decided to think of the best tasting I could and just do that, irrespective of the amount of work involved. We did eight gins – all neat, and with a cocktail, and paired off against each other so you could see how they compared. Ninety people attended, which works out at 720 cocktails – in an hour-and-a-half. It was presented by Desmond Payne and Jared Brown and it took us four days to clear up, but it was fantastic.

In 2011, Chris and I got involved with The Whisky Show, running the first one in Vinopolis, with help from Emma Pineiro and the wonderful Martine Nouet – one of the most inspiring people in whisky. This was another tight learning curve, but most thought it was a success so we did the next three there, only moving out in 2015 when the Show became too big for the venue.

The aim with TWE Vinopolis has always been to create a store with character and personality while maintaining great customer service borne out by a love and passion for the drinks themselves. It was a lot of fun, and the people really made it special – both staff and customers alike.

@WhiskyExchange @TWELondonShops noooo! End of an era. I went in before Xmas to say farewell but there was a queue out the door – I just left

Our Vinopolis shop is now closed. Shop manager Alex has been sharing his memories over on the @WhiskyExchange blog – https://t.co/hahcnRtYlh

@WhiskyExchange @TWELondonShops oh these memories of great whiskies bought there.. My first true whisky shop, I’m going to miss it!

@TWEBlog And nothing about playing cricket amongst the bottles? @WhiskyExchange

[email protected] @dr_whisky @TWELondonShops Whisky Shop Cricket. What a game. And not much broken. Those were the days.

@WhiskyExchange @TWELondonShops This shop will be sadly missed, although perhaps not so much by my wallet ?

Garrr! So angry the Borough store closed! But glad you’re up and running in CG. Keep up the good work!

Don’t worry – we’ll have something around London Bridge again soon enough. Keep an eye out for updates…

[…] for a new shop – keep an eye on the TWE London Shops Facebook page for news, and have a read of manager Alex’s post from last week, sharing his memories of our original […]