We like a birthday at TWE. With our 15th anniversary year drawing to a close, we’ll happily use anyone else as an excuse to continue the party, and the folks at Compass Box have stepped up. They kicked off their celebrations in April with the launch of Hedonism Quindecimus, and have followed it up with a pair of new releases launching today – Flaming Heart Fifth Edition and This is not a luxury Whisky.

First up, Flaming Heart. The first edition appeared in 2006 as the result of Compass Box founder John Glaser’s experiments with new French oak – the same experiments that led to Spice Tree and Oak Cross‘s finishing in casks with new French oak heads and, before that, the original Spice Tree‘s whisky-regulation-bending use of extra new oak staves dropped into the body of the cask to add extra, well, spice.

In their usual fashion, Compass Box are being entirely open about the make-up of the whisky: it combines 14- and 30-year-old Caol Ila, 20-year-old Clynelish, and 7-year-old blended Highland malt, itself made up of whisky from Clynelish, Teaninich and Dailuiane finished for at least two years in very active Oak-Cross-style hybrid casks. With more than 65% of the spirit from Caol Ila, you’d expect a lot of smoke, but there’s more to this new Flaming Heart than the recipe suggests… 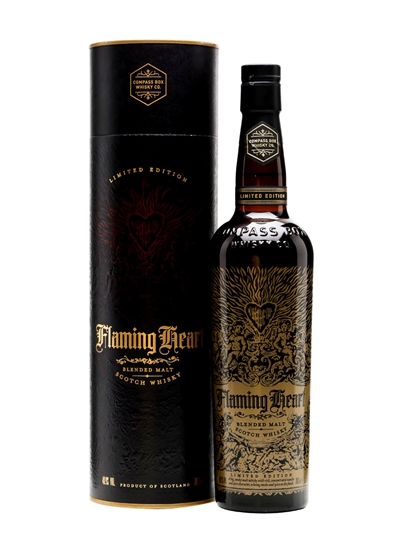 Finish: A fire in a field of ferns – herbal and smoky – dies down, leaving fresh mint, muddy peat and a hint of savoury, high-cocoa chocolate.

Comment: The combination of old and teenage Caol Ila to provide the smoky backbone for this dram gives it an elegance you might not expect. While you can taste the components – spice from the hybrid casks, maritime smoke from the younger Caol Ila, fruit from the older, and waxiness from the Clynelish – they combine into something that’s more than the sum of its parts. More great work from the Compass Box team.

The second new release draws on John Glaser’s love of art – in this case René Magritte’s famed 1929 work Le Trahison des images – The Treachery of Images – better known as Ceci n’est pas une pipe – This is not a pipe. 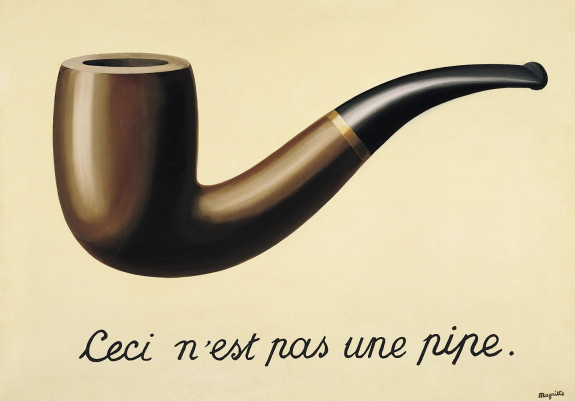 It’s not a pipe? Is the concept of a pipe the same as a pipe? Shall we just have another drink?

The original has been discussed for years but Compass Box’s take is an examination of the current state of our industry – the new release is called This is not a luxury Whisky.

The intention is to invoke discussion around the concept of luxury, and how it applies to whisky. But the key thing about the release is the whisky in the bottle itself, and not how people will perceive it. It’s a classic Compass Box recipe, turning ideas of blending on their head and creating something new: 79% 19-year-old Glen Ord from a sherry butt, top-dressed with 40-year-old grain whisky from Strathclyde and Girvan, and a dash of 30-year-old Caol Ila, probably the same as used in the new Flaming Heart. 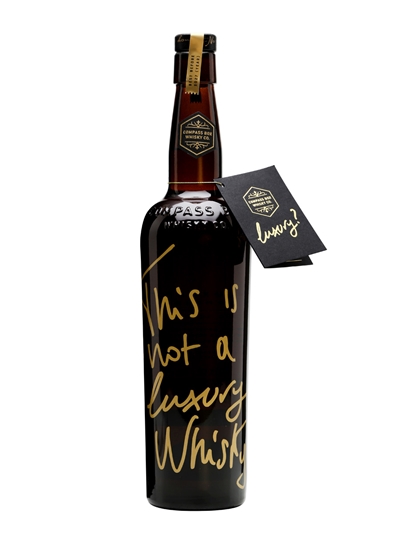 Nose: Toffee, freshly cracked coconuts (with shells) and sweet flowers lead the way, with the floral notes growing as it sits in the glass, becoming more candied and sweet – like a candy bracelet. Poking out around the sides are citrus bursts – lemon juice, peel and pith – and some sharper spicy notes: clove and cardamom.

Palate: The floral notes from the nose appear at first, before fading into the background and letting fruit and smoke take over. Apples and pears sit with burning green twigs and earthy peat, but the smoke is quickly replaced with spicy and malty notes – light fruit cake with clove and nutmeg, lemony cardamom and singed cinnamon sticks. The floral nature of the whisky doesn’t disappear, and as the stronger flavours fade, flowers return, with toffee and vanilla sweetness.

Finish: Floral and herbal, with flowers and their leaves fading to a spicy and earthy end, run through with smoke.

Comment: A whisky that swings between various flavour camps, pulling away before it plants its flag in any particular one. It has well-balanced floral notes, smoke, spice, fruit, and classic grain sweetness, with a flavour that moves back and forth between them, ending on a finish that brings everything together. Also, as a sucker for great package design, this is my favourite looking Compass Box whisky yet.

An excellent end to an anniversary year – two very different whiskies, doing very different things and both, in my opinion, succeeding. While it’s five years until the next milestone, I suspect we won’t have to wait that long before Compass Box’s next new whisky…

#Whisky New from Compass Box – Flaming Heart 5th and This is not a luxury Whisky: We like a birthday at TWE. W… http://t.co/o26aEO0kiL

New from Compass Box – Flaming Heart 5th and This is not a luxury Whisky: http://t.co/etr3HvcHxi via @whiskyexchange

RT @TWEBlog: New post: New from Compass Box – Flaming Heart 5th and This is not a luxury Whisky, http://t.co/RoDBUqDFF0

RT @WhiskyExchange: #New: just arrived from @CompassBox: Flaming Heart 2015 and This is not a luxury Whisky. Read more on our blog – http:/…

New from Compass Box – Flaming Heart 5th and This is not a luxury Whisky http://t.co/IEleNuFYCO http://t.co/qpTKDoS3ot

@WhiskyExchange Thanks chaps. Great blog. And we say that entirely objectively!