While we finished celebrating our 20th birthday at the end of last year, it’s not the only anniversary that deserves some attention. Over the past couple of decades, we’ve met many whisky people from around the world, and this year marks the 21st anniversary of one of them not only discovering TWE, but also the start of a long-standing friendship between him and our co-founder. To celebrate, we have bottled a whisky: Clynelish 1999 – celebrating 21 Years of Friendship between The Whisky Exchange’s Sukhinder Singh and The Mash Tun’s Toru Suzuki.

When The Whisky Exchange started back in 1999, many of our first customers were from outside the UK. Sukhinder had built up a wide network of international contacts through his whisky collecting, and when he started selling whisky, people knew to come to him to find the weird, wonderful and rare. Among them was a Japanese bartender and whisky collector called Toru Suzuki. 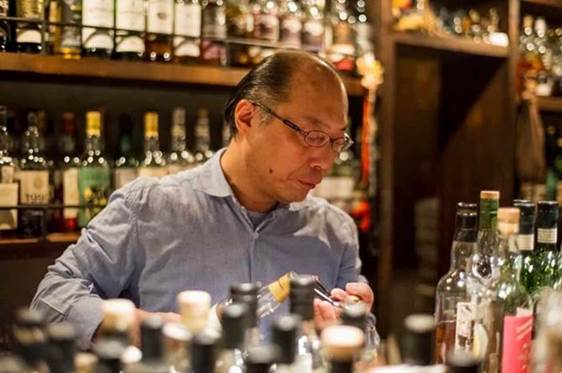 Toru Suzuki, hard at work in his bar, The Mash Tun

At the time he was managing The Speyside Way – one of Tokyo’s excellent whisky bars – but soon had opened his own establishment – the famed Mash Tun. Sukhinder headed over to Tokyo regularly during the early years of The Whisky Exchange, and while he visited lots of customers, he always ended up in Suzuki-san’s bar.

When it comes to interesting whisky, Tokyo is one of the hottest destinations in the world. There are lots of fantastic whisky-focused bars which have some of the world’s rarest whiskies not only on their shelves, but also open to taste. 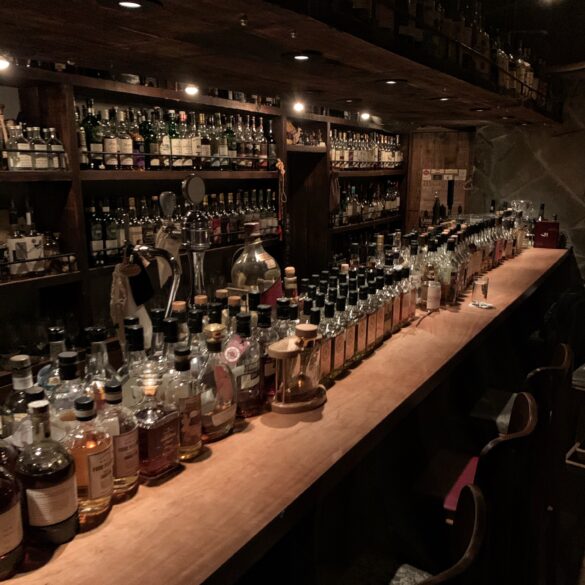 In those early days, Sukhinder was exposed to whiskies entirely unobtainable in Europe. Suzuki-san led him through a range of drams that he’d not had the chance to try, helping him learn more whisky, and continue to build his knowledge of old and rare bottlings. Sukhinder returned the favour with European releases, and two decades later, the pair are still friends, swapping whisky stories and tips over email rather than in the post.

When The Whisky Exchange hit 20 years old, Toru dropped Sukhinder an email, reminding him that it was also 20 years since they’d met. Plans were hatched for a celebratory bottling, but before we could a bottle on the shelf, the pandemic hit and everything stalled for a few months. By the time things had started moving again, not only had the cask passed its birthday, but so had the anniversary of Sukhinder and Toru’s first meeting.

The label was updated, the whisky was bottled, and we are very proud to present this special Clynelish 1999, celebrating 21 years of friendship. 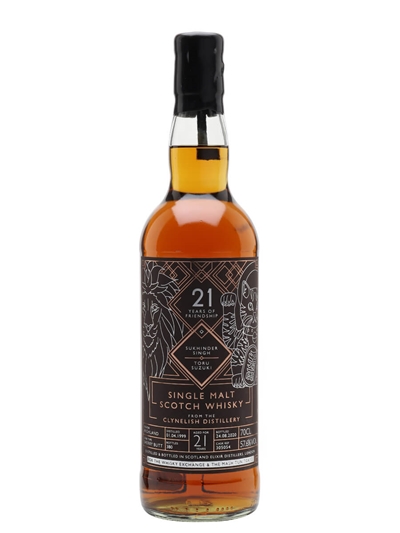 Palate: Rich, sweet, dark fruit leads: raisins, dates, plums, cherries, sultanas – like a fruit cake made of nothing but fruit. Spice notes build around the fruit – cinnamon and nutmeg – with hints of chocolate-covered raisins developing alongside aniseed, dark-brown sugar and brown butter. Old, polished-oak notes hide at the back.

Comment: Old-fashioned, big-sherry single malt – the style of whisky that Sukhinder Singh and Toru Suzuki love. This is the perfect celebration of 21 years of friendship: well aged and well worth the time spent creating it.

The whisky has now landed – it’s available to buy from The Whisky Exchange and also at The Mash Tun in Tokyo.