‘This is a moment in history. This will never be repeated.’ A dramatic introduction from our host Dave Broom, but fully warranted. The final Masterclass of the 2015 Whisky Exchange Whisky Show featured more than 150 years’ experience in the whisky industry, nine unforgettable whiskies, and three legends of whisky – a trio of the biggest names in the business. Each one presented three whiskies: one they were involved in making; a whisky they consider legendary; and a whisky brought specially for the masterclass. 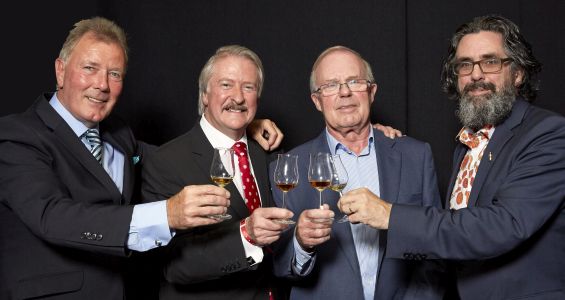 THE LEGENDS’ FIRST EXPERIENCE OF WHISKY

Richard Paterson: ‘My father took me to some whisky warehouses in Stockwell Lane [in Glasgow] and from then, I got something that stirred inside me. We all share this one love: Scotch whisky.’

Richard’s first whisky for the masterclass was Shackleton’s Discovery, a recreation of the whisky discovered under explorer Ernest Shackleton’s Antarctica hut in 2007. Richard took three of the bottles back to Scotland – stored in a case that was handcuffed to his wrist throughout the journey – and the whisky was analysed. Richard created his take on this historic whisky by blending more than 25 single malts from Speyside. 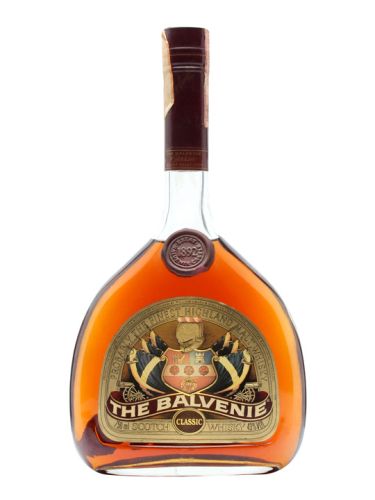 David’s first dram for the tasting was a special no-age-statement bottling, The Balvenie Classic, a mixture of eight- to 12-year-old malts, matured in American oak then finished in European oak. ‘The term “finish” wasn’t really around in the 1980s,’ said David. ‘We didn’t come up with the word – that was Glenmorangie.’ Dave Broom quickly interrupted, commenting on this ‘typical understatement from the man who invented finishing’. The whisky itself was a thing of beauty, loaded with ginger, cinnamon, stewed fruit and candied orange peel.

Jim McEwan: ‘I was born and raised in Bowmore and like every lad on Islay, it’s your ambition to work in a distillery; that was the holy land. I was 15 years old, working at Bowmore, and I became very good at stealing whisky. I used to use Heinz salad cream bottles attached to a piece of string – they must have designed them to fit through any cask bunghole. We didn’t steal the cheap stuff, either – we stole Black Bowmore!’

Jim’s first dram was a 1984 Bruichladdich: ‘This is elegance; this is sophistication; this is rock and roll! A key note of this whisky is the citrus, the lemon. Why? Because it matures near the ocean. I totally fell in love with this whisky. The distillery closed six times, but this little gem survived.’

David’s second dram was a 25-year-old Balvenie which had that typical elegance and fruit and spice you expect from this distillery. Easy drinking, with a soft mouthfeel, it was classy stuff. Distilled in 1974 and bottled in 2000, the whisky was aged in American oak. 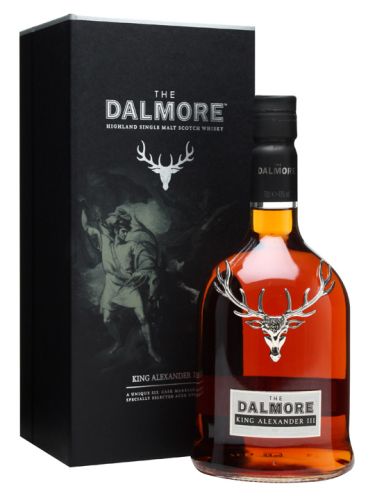 Richard’s next whisky was at the other extreme: Dalmore King Alexander III, which spends time in no fewer than six types of cask: French wine, Madeira, sherry, Marsala, port and bourbon. ‘You must find the cask that will suit and enhance the spirit,’ he said. ‘The Dalmore stills are big, fat and bulbous; this is the DNA of Dalmore.’

Jim described his second whisky as ‘a one-man protest’ against whisky marketing. ‘I decided to make a whisky and not tell anyone about it. Just drink it.’ The whisky in question is Black Art and we were given a tasting of its latest prototype, Black Art 5, which was matured in casks containing some/none/all of some of the world’s greatest wines, including Château d’Yquem, Sassicaia and Château Lafite but Jim was keeping quiet. ‘This is a fruit bomb. It’s a mystery of history. I hope you enjoy it but I can’t tell you anything about it.’

A very personal selection for David’s special bottling – a vatting of Balvenie from the three birth years of his children: 1980, 1982 and 1986. The 1980 was a refill bourbon barrel; the 1982 a refill hogshead; and the 1986 a refill sherry butt. Again, this showed beautiful balance, and bundles of fruit – apples, pears and mangos – along with Demerara sugar, honey and cinnamon. Dave Broom’s verdict? ‘A sumptuously beautiful whisky.’ 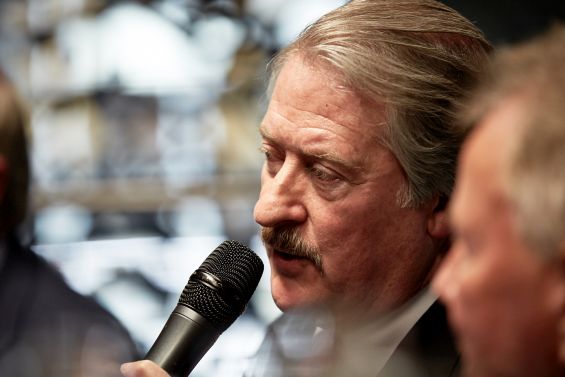 The eighth whisky of the masterclass was a staggering lesson in blending from Richard. It contained:

‘This is an assemblage of many types of wood, and an assemblage of very rare whiskies,’ said Richard, who couldn’t resist a pop at Jim’s Black Art bottling: ‘You can take your Château Lafite and Yquem and shove them up your backside; this is what Scotch whisky is all about!’ 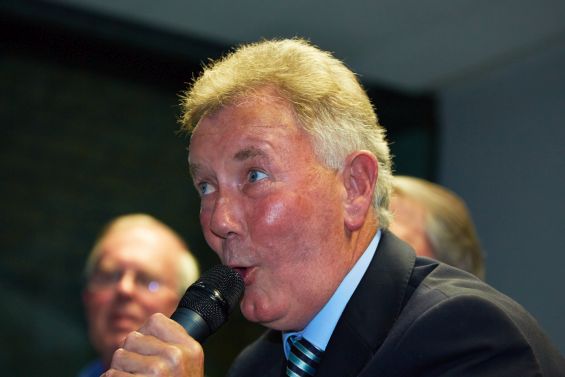 Unruffled, Jim took to the stage for the final dram of the day: a never-seen-before whisky from the first-ever cask of Octomore, the most heavily peated whisky of all time. ‘People said “you can’t go higher than Laphroaig or Ardbeg”. Well, I just did,’ said Jim. ‘People also said to me that Bruichladdich isn’t a real Islay whisky because it’s unpeated. Octomore answered the critics.’ The whisky was distilled in 2002, matured in first-fill oloroso sherry casks, and described by Jim as ‘like dancing with Tina Turner on speed. The smoke combined with the sherry is unbelievable.’

When our masterclasses were announced, this is the one that I got most excited about, and it didn’t disappoint. As expected, Richard and Jim jostled and fought like two battle-hardened knights, while David quietly let them get on with it. The whiskies were fantastic; the atmosphere electric; and there were a lot of happy people gathered in one room.

I tweeted the above photo once the Masterclass finished, likening it to Beatlemania. That was a touch over the top, but I have never attended a tasting where everyone in the room rushed forward with a camera, desperate for a selfie with their whisky heroes. Oh, and there were plenty of one-liners that were unrepeatable in this blog, including the one involving Richard, a condom and an aroma test, but we’ll save that one for another day…

A very difficult decision, but for me The Balvenie Classic was the highlight. It didn’t shout the loudest; it wasn’t a sherry or peat monster; it was just an excellent whisky.

Jim, having been introduced by Dave as ‘the oldest hipster in town’, replied: ‘I’m a hipster because I have two articificial hips, not because I’m cool.’

#Whisky The Whisky Exchange Whisky Show 2015 – Three Legends of Whisky: ‘This is a moment in history. This wil… http://t.co/9w7vK63OnB

Hello How are you guy! Richard Paterson explains how we can enjoy every sip of whiskey and makes you want to start a day drinking whiskey 🙂

[…] year’s Legends masterclass had the feel of a rock concert, with Richard Paterson and Jim McEwan trading blows, and the former […]

[…] is one of the most memorable whiskies I’ve ever tried; when I tasted a 1980s’ bottling at a Whisky Show Masterclass, I described it as ‘a thing of beauty, loaded with ginger, cinnamon, stewed fruit and candied […]