This year’s Islay Festival is one of anniversaries and milestones. Along with Kilchoman’s 10th birthday and Jim McEwan’s retirement there are a pair of big-number celebrations: the 200th anniversaries of the founding of both Ardbeg and Laphroaig. We’ll have more about Ardbeg tomorrow, but for now we’re going to focus on Laphroaig.

It’s no secret that I’m a big Laphroaig fan. In fact, if you’re reading this on the day that it hits the blog – Tuesday 26 May – I’m probably at the distillery and almost certainly drinking Laphroaig. While I’m partial to a dram or two of their whisky, it’s only since starting at TWE and learning the finer points of whisky drinking from my former colleague Tim that I truly learned to appreciate Laphroaig’s whisky. Tim’s well known for his obsession – and his love letter here on the blog shows the depths to which he has fallen – but he’s not an isolated case, and the distillery has a long history.

Founded in 1815 by Alexander and Donald Johnston, the distillery stayed under family ownership until the 1950s. Donald took sole ownership in the 1830s, but tragedy struck in 1847 when he died after falling into a vat of boiling ale. Neighbours Lagavulin stepped in to help, which planted a seed of rivalry between the two distilleries. While Donald’s son Dugald started managing Laphroaig in 1857 when he hit 21, Lagavulin remained the sales agent for the whisky he produced. In 1907, the Johnstons decided to take back the agency and Lagavulin owner Peter Mackie took the matter to the courts. Laphroaig won, and Mackie retaliated by blocking their water supply. They ended up in court again, and Laphroaig were victorious for a second time.

Mackie was not to be beaten and built a new distillery in the grounds of Lagavulin: Malt Mill. It had copies of the Laphroaig stills and was intended to produce a spirit to rival his neigbours. It wasn’t a great success, and by 1962 all of the distilling equipment had been removed – the buildings are now the Lagavulin visitors centre. While it may not have beaten Laphroaig, it has become a mythical distillery – helped to wider fame recently by Ken Loach’s film The Angel’s Share – with various old bottlings claimed to be whisky produced there. 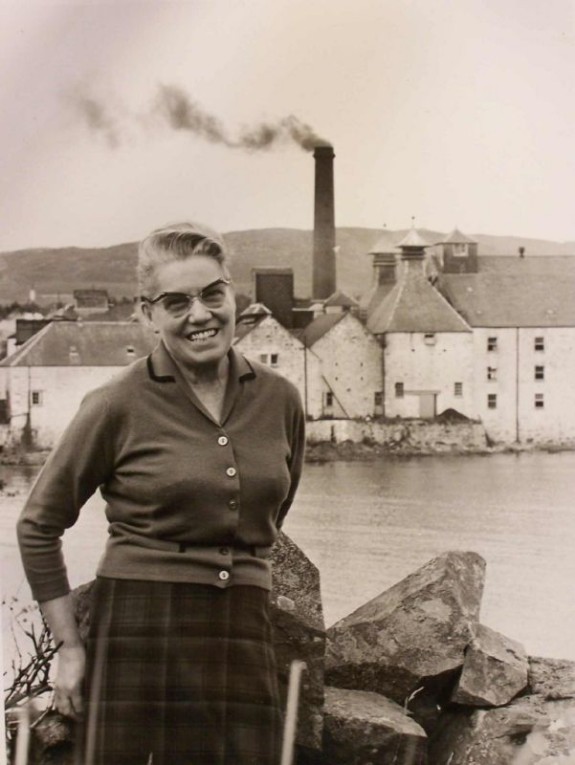 Bessie Williamson at Laphroaig in the 1960s

In 1954, Ian Hunter, a cousin of founder Donald Johnston’s daughter Isabella, died, leaving the distillery to his PA and secretary, Bessie Williamson. She arrived at the distillery in the early 1930s and had been day-to-day distillery manager since the beginning of the Second World War.

When Williamson took over as owner, Scotch whisky was starting to explode. She’d seen the way the tide was turning, and was one of the key figures in promoting Scotch overseas, becoming the Scotch Whisky Association’s US spokesperson in 1961. While she sold her stake in the distillery to Long John in the 1960s and 1970s, she continued as managing director until she retired in 1972, an influential 40-year career in the whisky industry behind her.

Sales and acquisitions continued from the 1970s up until the present day. Last year, as part of the Suntory acquisition of Beam Global – who bought Laphroaig from Pernod Ricard, who in turn bought it from Allied, who had bought it from Long John – Laphroaig became part of the newly created Beam Suntory, and a stablemate of rival Bowmore, based just a few miles down the road.

Throughout its modern history, the core bottle of the Laphroaig range has been the 10 Year Old. It’s a Marmite dram, medicinal and smoky in a way that’s a shock to those not used to it. While its character has changed over the years, as production has varied and tastes have changed, it’s still the flagship, showing off what the distillery has tried to do in each era. Here’s where they are currently: 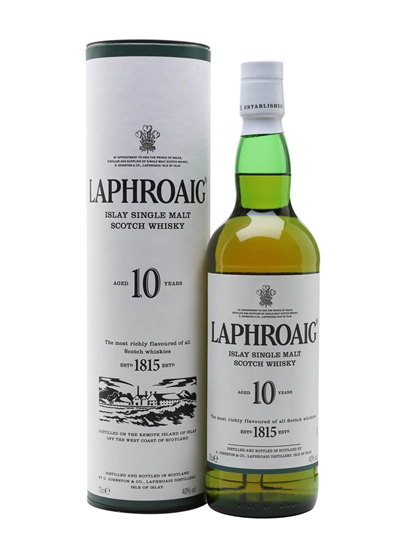 Palate: Oily on the palate, with charcoal and coal stoves to start. It’s not as sweet as on the nose, with layers of smoke, brine and hints of smoked fish. The initial dryness gives way to some gently fruity notes, with waxy apples joined by candied lemon and bitter Seville orange.

Finish: Barrel char, cinnamon spice and hints of fruit. A bonfire sits on the tongue, slowly fading to sweet anise.

Comment: Not as fruity as some of the older bottles, focusing on the core Laphroaig medicinal character with wood smoke as backup. Intense, distinctive and definitely Laphroaig.

We look forward to seeing what the distillery’s 200th anniversary brings, with a 15 year old already sold out and the promise of more to come. Hopefully while you read this, I am sat on the pier at Laphroaig with a glass of something special in my hand. Don’t worry, I’ll probably fall in the sea in a moment and karma will be fulfilled.

RT @WhiskyExchange: We take a look at the history of @Laphroaig as it celebrates its 200th anniversary http://t.co/OZNyq60mbe #blog

RT @WhiskyExchange: We take a look at the history of @Laphroaig as it celebrates its 200th anniversary http://t.co/OZNyq60mbe #blog

[…] now available on The Whisky Exchange website. You can learn more about the history of Laphroaig in this post from last year’s Islay […]