The Whisky Exchange Shop at Vinopolis hosts lots of great events. However, there’s one pair of presenters who stand out from the crowd when it comes to putting on an evening to remember, creating tastings that are very different to the rest: Simon Roser and Franchi Ferla, aka Simply Whisky. 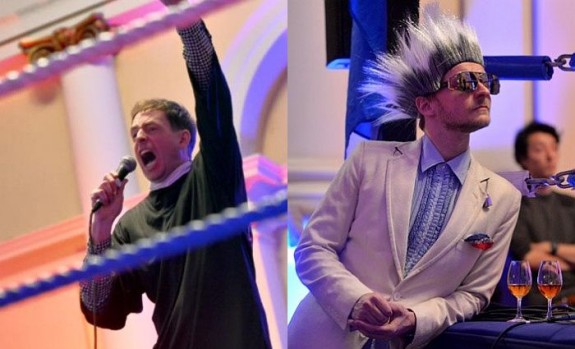 The Reverend Roser and Don Ferla

From Burns Night extravaganzas to their most recent outing as a pair of mad scientists presenting the Elements of Islay range, Simon and Franchi add an element of theatre and fun to any whisky tasting. We’re very pleased to have the third round of their most talked-about regular event popping up at The Whisky Exchange Vinopolis in a couple of weeks – Whisky Fight Night 3: The Brawl at the Bridge.

Join us for an evening of ring-bound whisky tasting, as Sam Simmons from Balvenie (the former champ) takes on Dr Bill ‘The Bruiser’ Lumsden from Glenmorangie, for a no-holds barred whisky fight. In the first instalment, Sam beat Roser himself and in the second he lost in a close fight with Whyte & Mackay‘s Richard ‘The Nose’ Paterson. In this third dust-up, Sam has returned to be challenged by Dr Bill – who will be victorious? 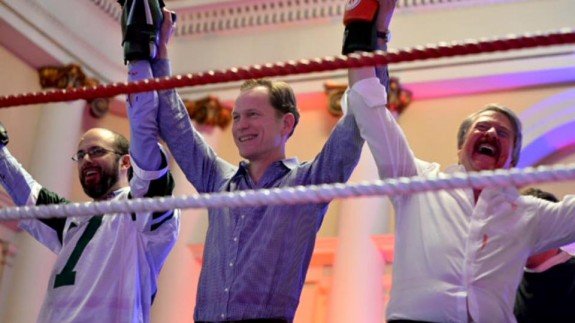 In the second fight, a bloody Richard Paterson was declared victorious by judge John Glaser of Compass Box

Expect an evening verging on the ridiculous, with a boxing ring, whisky cocktails from Douglas Laing, six whiskies to taste, two legends of the industry, and Simon and Franchi leading us along the way.

The Fight Night takes place on Wednesday 29 April at The Whisky Exchange Shop at Vinopolis, and doors open at 6.45pm. You can get your tickets from WhiskyFightNight.com. There are still a few spaces left, but they will sell out before the show, so don’t wait too long. 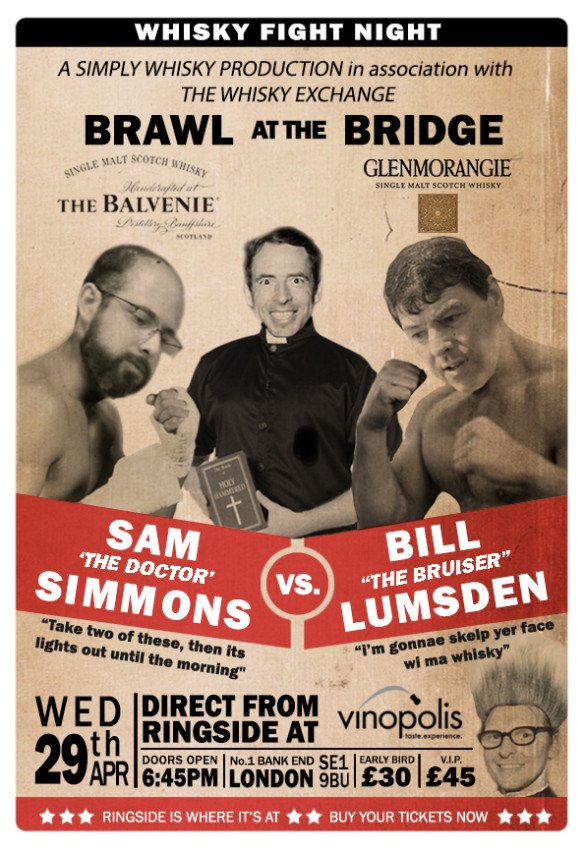 The doctors of whisky in battle. Should be a good one! http://t.co/C9qz1rBr7w via @whiskyexchange http://t.co/oHlQAdZaXg

Looking forward to this night immensely. 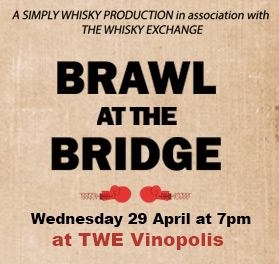