Chris Cusiter – ‘Whisky is something Scotland can be proud of’ 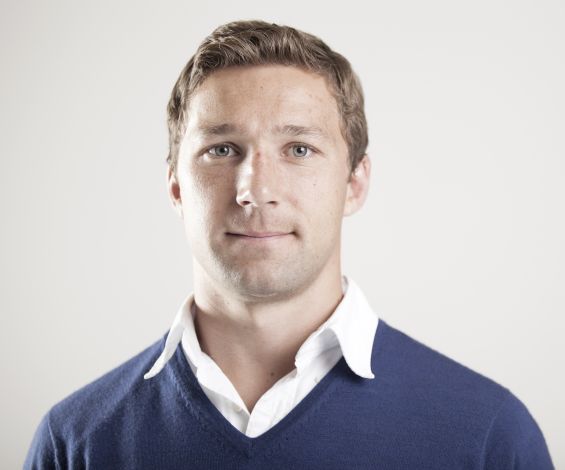 Scottish rugby international Chris Cusiter talks to TWE about his new-found love of whisky, this year’s World Cup, and his post-career plans.

What do you like about whisky?
I love it; I love everything about it. I only got into it a year or so ago, but since then it’s become a bit of an obsession. I’m trying to visit as many distilleries as possible. I love the history of it, the romance of it, and the technical side. Whisky is something that Scotland can be immensely proud of.

How did you get into whisky?
What started it was a visit to the States. I have a friend in LA who has an incredible collection of single malts at his house. Because I’m a professional athlete, I’ve never been a big drinker. I don’t drink during the week, as it’s not conducive to training and performance, but when I do get the chance to sit down and have a couple of drams, I find it really relaxing. The game of rugby has been professional for nearly 20 years, and I think that rugby players back in the day had a lot more fun than we do! They played hard on the pitch and off it, but things have changed now.

Have you visited many distilleries?
I visited Speyside a few months ago and visited Cardhu, Glenfiddich, Aberlour, Glen Grant and a few more. I visited Speyside Cooperage, and seeing the shift those guys put in blew me away. Wherever I went, I met incredible people. I also visited Dalwhinnie, too – a beautiful setting and a beautiful distillery.

How do you drink your whisky?
I either drink it neat or with a wee dash of water to open up the flavours.

Favourite dram?
At the moment I have a bottle of Mortlach Rare Old, which is absolutely delicious; it has a real depth of flavour. I also have an Aberfeldy 12 which is a bit lighter and sweeter. Oh, and I’ve got a Lagavulin 16 and a Glendronach 15 Revival. I have a huge list of whiskies to buy, too. 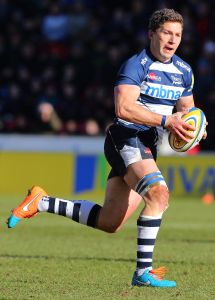 Moving on to rugby, how is life at Sale Sharks?
It’s been good. The opportunity came up for me to play in the Premiership, and we’re doing pretty well on the pitch at the moment. We’re well placed to get in the top six and qualify for Europe.

You spent a couple of years playing for Perpignan – how was that?
I’d never lived outside Scotland before, so it was hugely different to what I was used to. The weather was unbelievable – training in the sunshine in January is great for morale! But rugby is huge in France, particularly in the south west. You get to play in some terrific stadiums, and when Biarritz and Stade Français came to town, the crowd were pretty hostile. But they have a different drinking culture down there – back in the amateur days, the Perpignan pre-match meal used to be steak and a glass of red!

What about your Scotland future?
Well, the World Cup is coming up, which is a huge incentive. I didn’t make the matchday squad for the Six Nations, which was very disappointing, but it would be great to be involved in the World Cup.

And who’s going to win it?
Apart from Scotland? I think New Zealand are favourites, but there are about four or five teams who have a chance if they get some momentum going: Australia, South Africa, England, France, Ireland. Scotland can certainly get out of their group, and after that, it’s knockout rugby. There are a lot of reasons to be optimistic about Scotland.

Any idea what you’ll do after rugby?
I’d love to work in the whisky industry! I’ve been very lucky to play rugby for the past 12 or 13 years, and I’d like to be involved in something I’m really passionate about. So far, whisky has ticked all those boxes.

Chris Cusiter – ‘Whisky is something Scotland can be proud of’ http://t.co/ENk0qax3Sz http://t.co/wUqZM4FTd1

@WhiskyExchange @chriscusiter via a tweet Chris advised me to try Lagavulin and I did so many thanks Chris it is great with an ice cube too.

Great rugby player and whisky fan. Glad to see you made it to our wee distillery @chriscusiter http://t.co/tqBA33Vleg

[…] a few people, adding entries to our In Their Own Words series as well as interviewing rugby player Chris Cusiter, who we found is not only fond of whisky but also a TWE fan. He also wrote our most contentious […]