In Their Own Words – Alan Winchester, Master Distiller, The Glenlivet

9 Comments on In Their Own Words – Alan Winchester, Master Distiller, The Glenlivet 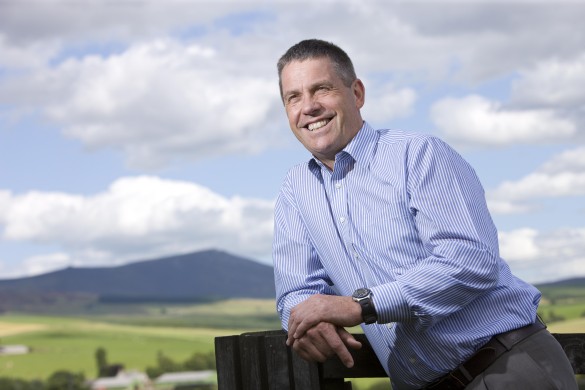 Alan Winchester relaxes during the photoshoot for his debut solo album [are you sure? – Ed]

Alan Winchester is one of most respected names in Scotch whisky. He has worked in a multitude of roles in the business, and was appointed master distiller of The Glenlivet in 2009. With the arrival of Glenlivet’s new NAS whisky, Founder’s Reserve, we spoke to him…

‘I began in the industry showing visitors round Glenfarclas distillery – Glenfarclas is right by my grandfather’s farm, actually. I joined Glenlivet in 1979, starting off as a cooperage labourer. Then I was elevated to cleaning the wooden vats, then firing the still – for the first 10 years, I never worked a steam-coil still. Then I became trainee brewer, then assistant brewer, and in 2009, became master distiller at The Glenlivet. It’s more of a passion than a career’

‘I start at 8am each day. My world is Glasgow in the south and Orkney in the north. On Tuesdays, I check the new-make spirit, and I regularly meet our malt suppliers, too. If some new barley arrives, we’ll do some trials. But the best part of the job is being involved in making the spirit’

‘I love working in the whisky industry, but coming from Speyside, you’re immersed in it‘

‘I think folk rediscover things. I’ve had the joy of bottling a 12-year-old Strathclyde – grain whisky is often dismissed, but I think it has lovely character‘

‘I’m very humbled that they have put the Winchester name on it [The Winchester Collection], and I’m very flattered to be involved. The 1964 was the first of the 50-year-olds coming through. We’ve been looking at the older casks for a year; it’s a watching brief. We’re very pleased with how the 1966 is coming along, too – that will probably be the next one’

‘In my free time, I love walking. I’m a great hill walker’

‘Which non-Pernod Ricard whiskies do I like? Well, we don’t have any peated whiskies, but I do like Highland Park and Talisker‘

Posted in In Their Own Words, Scotch Whisky, WHISKY & WHISKEY
Tagged Glenlivet

RT @WhiskyExchange: Over on the blog, Stuart talks to Alan Winchester about the new Founder’s Reserve from @TheGlenlivet http://t.co/h9RS2Q…

In Their Own Words – Alan Winchester, Master Distiller, The Glenlivet http://t.co/j3te1iKspF http://t.co/wm159k8YIZ

In Their Own Words – Alan Winchester, Master Distiller, The Glenlivet: http://t.co/MhCbtdQcs4 via @whiskyexchange

RT @WhiskyExchange: Over on the blog, Stuart talks to Alan Winchester about the new Founder’s Reserve from @TheGlenlivet http://t.co/h9RS2Q…

@YFSTILL @WhiskyExchange @TheGlenlivet Wow. No real explanation as to why I shouldn’t be insulted that the UK market loses the 12 for NAS.

[…] master distiller Alan Winchester said that the distillery only started to phase out its use of peat after World War II, when […]