Along with our Whisky of the Year we decided that we should also go for a Fine Spirit of the Year as a companion award. Again, there were fights in the office, but surprisingly one bottling appeared in pretty much everyone’s lists and was a shoe-in for the prize.

We went for the similar criteria as for our whisky award, but with a little bit more breadth to allow in drinks across the wide world of fine spirits:

After many bottles falling by the wayside we built a shortlist of some of the best spirits in the world, including rum, vodka, gin and liqueurs – here are the runners up:

We are pleased to present The Whisky Exchange Fine Spirit of the Year – The Botanist Gin: 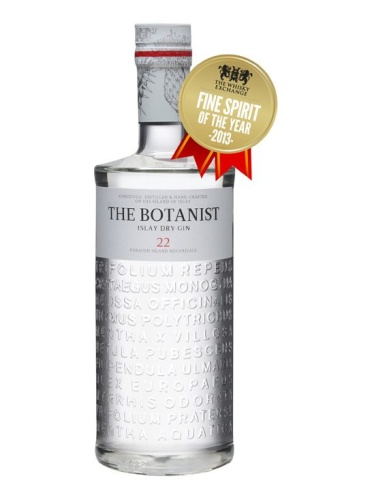 It’s fantastic stuff, with gin’s old friends of juniper, orris and the gang joined by a whole stack of Islay native botanicals, including Mugwort, Bog Myrtle and the evocatively named Lady’s Bedstraw. That’s not all that surprising when you hear its providence – it has sprung from the mind of Bruichladdich distiller Jim McEwan, aka The Man With A New Idea Every Ten Minutes. 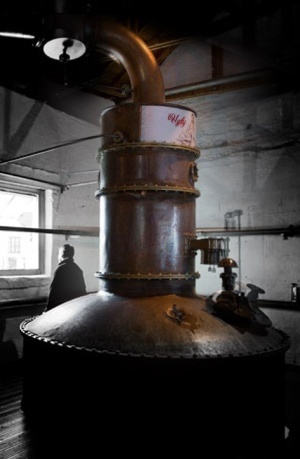 It’s distilled at Bruichladdich in a specially obtained still – the Lomond still originally installed at Inverleven. The Lowland distillery closed down in 1991 and has since been demolished, with all the equipment sent away to new homes. Bruichladdich managed to pick up a lot of it, including the still they now use to make Botanist.

Lomond stills are a fairly modern invention, with Inverleven’s (the first one, according to Bruichladdich) being installed in 1956. They sit beween a pot and column still, with adjustable plates in the still allowing variation in the spirit without having to rebuild the still. This gave distillers more options when producing spirit, but they never became particularly popular in whisky making. However, they are great for making gin, and Jim and the Bruichladdich gang have refurbished the still, named it Ugly Betty and put it to good use.

I love an excuse to post Jim McEwan’s tasting notes and this strikes me as a perfect opportunity – he is a man who likes words:

Body: The spirit is satin smooth gliding over the palate like no gin you have ever tried before. A totally seductive experience.

Nose: The aromas explode like an olfactory aurora borealis filling the senses with meteorites of smell sensations as they explode from the glass. Sweet delicate menthol, apple mint, spring woodlands, juniper, coriander with aniseed undertones, lemon and orange peel, a bouquet of summer flowers on the machir, honey from thistle, coconut from gorse, wild mint and summer meadows. It’s a magical melody of Islay’s natural bounty from the atlantic washed beaches to the summit of heather covered hills. Inhale and you’re there on the queen of the hebrides!

Palate: The taste is rich and mellow; cool on entry then as it reaches the back palate you can feel the warmth and absolute purity of slow unhurried distillation. This is a bewitching, delectable and luxurious gin; its citrus freshness excites and stimulates the taste buds allowing you to experience a starburst of flavours as they explode across the palate.

Finish: All this from a beaten up old pot still, operated by beaten up distillers on the coast of heaven.

You can also find more information over on our Spirit of the Year page, along with details of the runners-up.

Anyways, we’ve got it on the website for the special price of £33.95, a great price for one of the best gins in the world but an offer that’s not going to last for ever. There’s still time to grab a bottle for New Year – G&Ts as 2014 rolls in, anyone?

#Whisky Fine Spirit of the Year 2013: Along with our whisky of the year we decided that we should also go for … http://t.co/W1sHf06Elj

@domu888 Fine Spirit of the Year 2013: Along with our whisky of the year we decided that we should also go for… http://t.co/fVKiZ6bfij

RT @Rasariabo: @domu888 Fine Spirit of the Year 2013: Along with our whisky of the year we decided that we should also go for… http://t.c…

[…] Islay, the home of the team behind The Botanist: Bruichladdich. The Botanist is a former winner of The Whisky Exchange Spirit of the Year, and throughout June it’s £2.50 off, down to £29.95 a […]