Home   WHISKY & WHISKEY   Scotch Whisky   How do you make the world’s peatiest whisky?

I recently spent some time with Bruichladdich’s production director Allan Logan, learning about how they make the fabled Octomore – including Octomore 8.3, the world’s peatiest whisky. Allan, part of the two-man team that took over the distillery when Jim McEwan retired, is exceptionally passionate about provenance and peating, as well as and making great whisky. Here’s what I learned from him about making a peat monster… don’t try this at home? 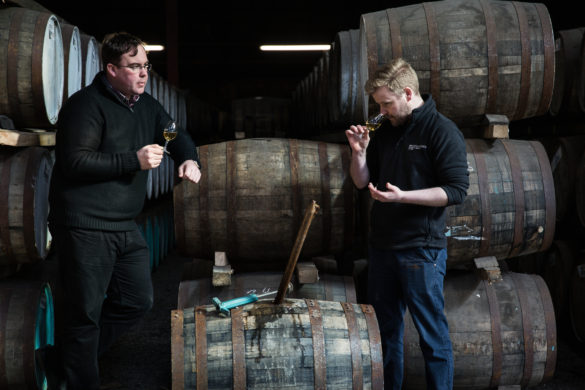 How are peat levels measured?

As humans, we’re pretty sensitive to peat and can detect its smoky, meaty, delicious presence at very low levels. But what we’re sensing isn’t actually peat – it’s the chemical compounds called phenols which are released when peat is burned. There are lots of different phenols, furthermore, each one creating slightly different flavours: everything from smoky, meaty guaiacol, to musty and medicinal o-cresol (if this were the beauty industry they’d all have funky names like superphenol or baconol+, but sadly we’re stuck with what we’ve got).

Phenol levels are measured in PPM – Phenolic Parts per Million. Somewhat confusingly, though, that number is measured from the malted barley (the stuff dried by the burning peat) and not the final spirit. So you’re not drinking 309ppm when you drink Octomore 8.3,  but the barley the whisky was originally made with was peated to that level (don’t get me wrong though, it still tastes super peaty).

Why don’t they measure the PPM in the whisky? Allan explains: ‘it’s an industry standard to talk about phenol on the malt, not the spirit, because the latter changes and there are so many variables.’ Adding that even the barley measurements can be misleading, due to the fact that there are about six different methods of doing it, Allan also says that Bruichladdich has debated publishing the PPM of the whisky instead of, or perhaps alongside, the barley figure – something to look out for in future?

Which type of peat?

It’s no longer a case of burning whatever peat happens to be near the distillery because it’s a cheap and convenient source of fuel. Nowadays distillers can pick and choose their peat depending on the desired effect, because different types of peat – whether that be cuts from higher or lower in the peat layer, or from varying parts of the country – have different effects on the barley. If you’d like to read more about this, I recommend this great article on peat terroir by Dave Broom in online whisky magazine scotchwhisky.com

Ironically, Bruichladdich, which has a strong focus on provenance, has struggled to use local peat: ‘We’ve done some experiments with local peat on Islay,’ says Allan. ‘Wwe couldn’t get the PPM above 44. We did it in exactly the same way as we use the peat from Aberdeen and we just couldn’t get the same result.’

How do you peat barley? 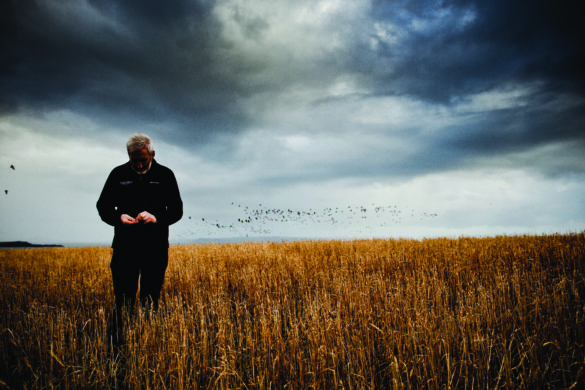 Once you’ve got your hands on some really peaty peat, you then have to get its phenols into your barley – which in the case of Octomore 8.3 comes from Islay’s Octomore farm, where it’s grown by James Brown, known to Bruichladdich as ‘the godfather of soil’.

Most distilleries and maltings – places that produce barley for whisky-making – use a traditional method: they burn the peat for around 25 hours then dry the barley with fan-driven hot air.

Bruichladdich, however, has worked closely with its maltings Bairds to evolve the process and make much peatier barley than can normally be produced. As Allan explains: ‘The secret of Octomore is that we’re basically cold-smoking it for five days. The trick is to get smoke not heat, if you heat the barley and dry the barley it eventually will not absorb any more phenolic content.’ They have developed two key techniques to achieve their aims: recycling the smoke so it passes more than once through the grain, and misting the grain with water so that more smoke can stick to it – but not enough so that it starts growing.

Despite this diligence and innovation, there is actually no way to know what the PPM value of the barley will be until the process is finished. ‘The PPM will change based on the time of year, the moisture of the peat, even how agile the guy stoking the fire is!’ says Allan.

How do you distil peaty whisky? 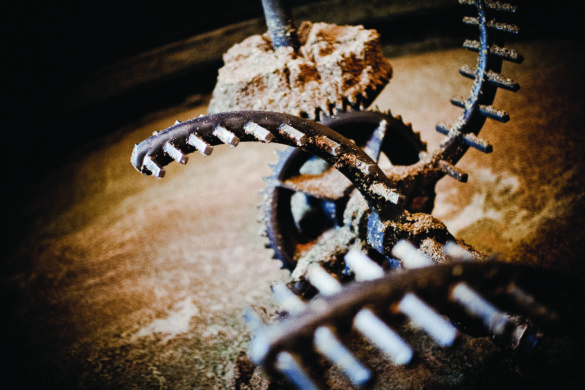 Having painstakingly put all the peat into the barley, the distiller now spends the rest of the process shaking it out. ‘You lose phenols during mashing, fermenting and distillation’ explains Allan. ‘Depending on how you distil you can lose anything between 60-80% of the original PPM, so when you’ve made your spirit you could find you’re anything like 80% less than you started with.’ Taking the back-of-a-napkin approach, this means that Octomore 8.3 could, in reality be as low as 61.8ppm – low being a relative term…

Bruichladdich isn’t, however, focused on making the peatiest-tasting whisky in the world. Allan and the team actually discard quite a large number of the chunkier phenols when they distil. By sacrificing these phenols, Allan explains, they create a more balanced whisky that has more to offer than heavily robust smoke. ‘It’s more elegant, and we get the flavours of the distillery, the fermentation, the malted barley as well.’

How does peaty whisky age? 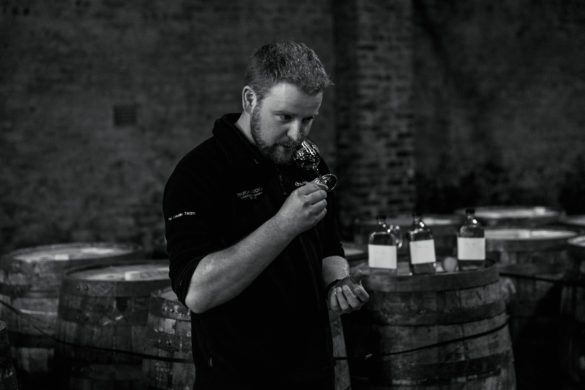 The Bruichladdich team chooses not to add water to Octomore before it’s barrelled, as Allan explains: ‘We want the whisky not to take on too much influence from the barrel in the early years; we want it to have the DNA of the spirit.’ In addition, Octomore is also always bottled at cask strength, because the oils are held together at higher strength and preserve the whisky’s flavours and nuances. As any Octomore drinker will tell you, as soon as you add water the phenols open up and it becomes much smokier – but the flavours also quickly disappear.

How peaty can whisky go?

In a few short years Octomore’s whiskies have risen from the initial 80ppm to 309ppm. But is there an upper limit? There’s certainly no concrete number, but there are many barriers to further progress, including physical limits to how much barley can absorb.

For Bruichladdich, in any case, it is clear that its focus is on producing fine and enjoyable whiskies, rather than merely chasing numbers.

I like a little less peat myself. I do like a little now and again but I am more of a charred oak barrel guy. Great read! Thanks for posting!