Last month, I was privileged to join Sukhinder on a trip to Japan as guests of Number One Drinks Co., who import some of Japan’s finest whiskies into the UK, including Ichiro Akuto’s Chichibu and his famous Ichiro’s Malt Card Series.  Fans of Japan’s superb single malts will probably already be aware that Number One are also the agents for the country’s most revered distillery in connoisseur circles, Karuizawa, whose heavily-sherried old casks from the 1970s and 1980s have been rapturously-received in Europe, picking up huge scores across the board and a slew of medals at the Malt Maniacs Awards in the last few years. 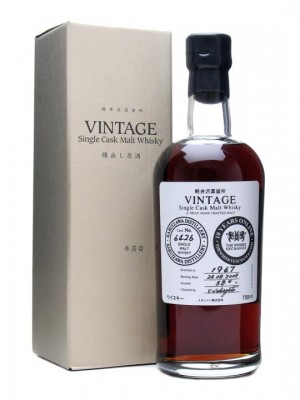 This critical acclaim has led to Karuizawa entering the highest echelon of new-release collectible whiskies, and recent single cask releases have sold out in days and shot up in value on the secondary market.  Spotting an opportunity to capitalise on the good work they’d already done in selecting the best casks for distribution over here, towards the end of last year Number One acquired all of the remaining stock of Karuizawa’s single malt from the distillery’s former owners, the multi-national company Mercian.

TWE were on the trip as one of three international distribution partners (the other two partners being from France and Taiwan), who all visited together to select casks for our individual markets and work out a strategy for future releases of the final bottlings of this legendary spirit.  As an extra bonus, we were joined by Dave Broom, who provided much expertise on all things Japanese.

A bit of context on our hosts.  Number One Drinks is a collaboration between Marcin Miller (founder and former editor of Whisky Magazine, these days working hard on Number One Drinks and PR-ing for the likes of Highland Park and Berry Bros & Rudd through his agency Quercus Communications); and his Japan-based business partner David Croll of Whisk-E Ltd, a multi-faceted whisky business which he runs with his wife Noriko Kakuda (universally referred to as ‘The Boss’), importing the likes of Springbank, Kilchoman & Glendronach, and with a finger in all kind of Far East whisky pies including the Japanese versions of Whisky Magazine and the Scotch Malt Whisky Society, and organising Whisky Live Japan.

Touching down early on a Tuesday afternoon, Sukhinder, Marcin, Dave and myself were met by David and Noriko and ferried to the spectacular Park Hotel Tokyo, which is housed on the 25th-33rd floors of an impressively spotless building in Shiodome. 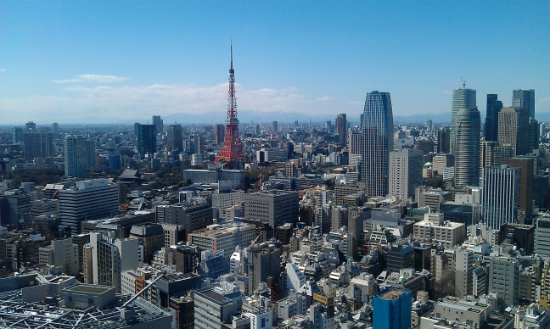 Tokyo from the 32nd floor of the Park Hotel

After a nap and a brush-up, we headed out to dinner at the Hal Yamashita restaurant in the posh Tokyo Midtown shopping complex in Roppongi, where we were treated to a seemingly neverending cavalcade of beautifully-presented, deceptively small but cumulatively extremely filling contemporary Japanese delicacies including sea urchin, scallop, and some phenomenally marbled Kobe beef, all accompanied by some excellent wines from the impressively diverse list.

The combination of extremely full, happy bellies, plus nice booze and oppressive jetlag had just about done for us, so  after a final nightcap in the bar back at the Park Hotel, it was off to bed.  We had a big day coming up the next morning… 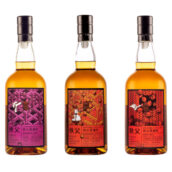