The Whisky Exchange Blog at Spirit of Speyside: Pt. 2

4 Comments on The Whisky Exchange Blog at Spirit of Speyside: Pt. 2

Welcome to part two of my epic jaunt around the Spirit of Speyside Whisky Festival.  Click here if you missed Pt. 1 (or if you just fancy reading it again).

The following morning, after a fine fry-up in Linn House’s impressive dining room, our destination was Longmorn distillery, where we were accompanied on a tour of the equipment by the delightful Ann Miller from Chivas and the (somewhat unconventionally) English distillery manager Neal Corbett, a charming Midlander (stop laughing at the back) who dealt amiably with our interminable silly questions. 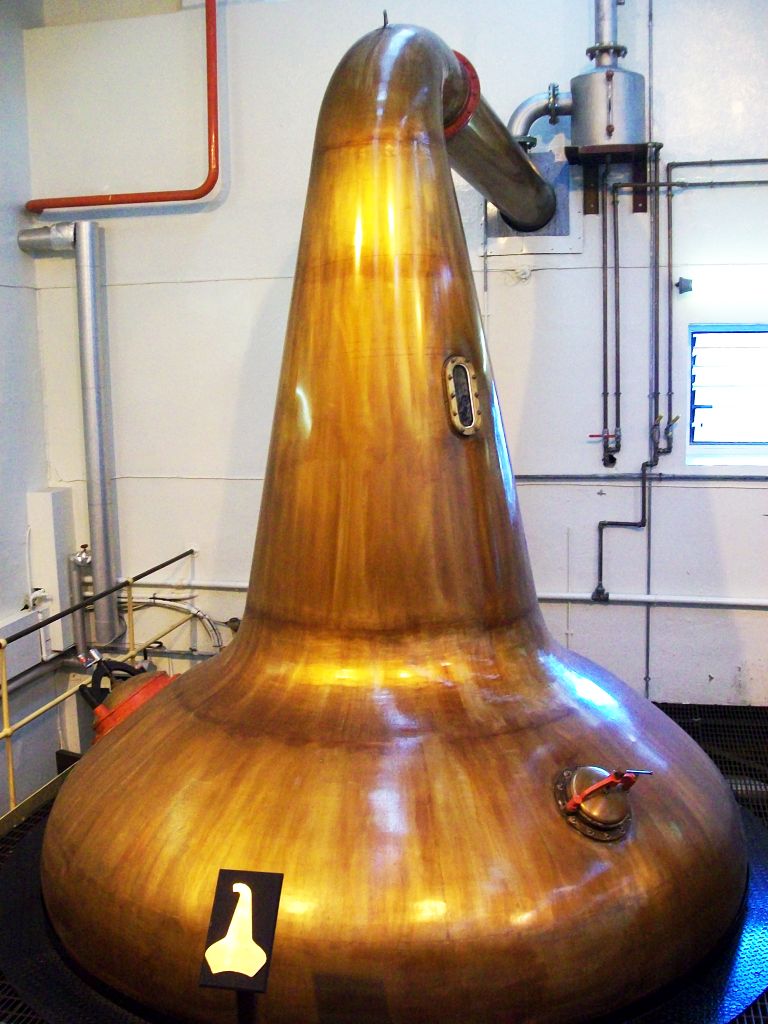 A Longmorn still, some weeks ago

We eased ourselves into what was to be a long hard day of dramming with a quick tot of the much-improved Longmorn 16yo – a bottling whose reputation, thankfully, has just about recovered after 2007’s disastrous first batch alienated many longtime fans of the superior and significantly cheaper (at the time) 15yo bottling from the Seagram days.  We followed this with a sample of an excellent 1989 single cask displaying some classic Longmorn grapefruit and toasty vanilla sweetness.

With the date being 29th April and the majority of the party evincing a desire to witness some sort of overblown regal medieval sideshow that was occurring down in Westminster Abbey, we took off for lunch at the Highlander Inn.  Inexplicably, most of the group chose to sit gawping at a small television in the saloon bar rather than at the mindboggling range of single malts on display in the lounge.

The sane members of the party were revealed to be only myself and a couple of our friendly German fellow travellers.  The weather being once again bizarrely clement, we repaired swiftly to the picnic tables outside, where the three of us drank beer and smoked fags like rebellious teenagers, before devouring a big steak over lunch.  Then it was time for a whisky.

After an embarrassingly protracted bout of wordless, pitilessly intense soul-searching I eventually plumped for a heavily-sherried Douglas Laing Platinum Bunnahabhain from the year of my birth.  Fortunately, it had aged rather more favourably than myself, being fresher, richer, better-looking and considerably more pleasant on the nose than I’ve achieved at any stage in the intervening decades.  This was a relief (to me at least).

Feeling pleasingly refreshed, and with the royal nuptials being all over bar the ceremonial parping and tabloid souvenir supplements, we stepped out into the sunshine and returned to Glenlivet for a Masterclass from Alan Winchester.

Alan had recovered from the misfortune of sustained exposure to my company the previous evening, and presented a fascinating potted history of the distillery alongside some excellent drams – in particular a cask strength Glenlivet 16yo (not Nadurra: this was from a small batch distillery-only bottling), which had a wonderful hot-buttered-toast nose and plenty of ripe damson, spongecake, apple and a honeyed nuttiness on the palate. 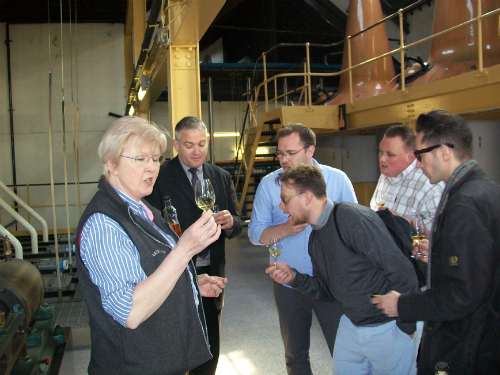 Note to distillery managers: Never remove an unmarked bottle of whisky from your pocket while your colleague is talking

Enough treats for the spoilt bloggers for one day, you might have thought.  Yet before we knew it we were being poured back into our people carriers for a swift return to Linn House. Another Clark-Kent-in-the-phonebox routine and we were back en route for the day’s final treat – a marvellous whisky & food-matching dinner at Aberlour distillery.  This event is an annual occurrence and is hosted by Martine Nouet, who designs each course of the meal to match to a different expression of Aberlour.

Of the many olfactory delights we experienced during the evening – one could extemporise at length about the delightful Smoked Magret of duck with marinated mushrooms – the two that stood out for me were at the beginning and the end of the evening.  These were the curiously named ‘C & S’ cocktail with which we were welcomed in: a wrongheaded concoction of Aberlour 10yo with Chartreuse & orange juice that managed to confound my (admittedly low) expectations by being dangerously quaffable; and Martine’s inspired pairing of Strathisla 12yo with an indecently light, fluffy apricot blancmange which capped off the evening in fine style. 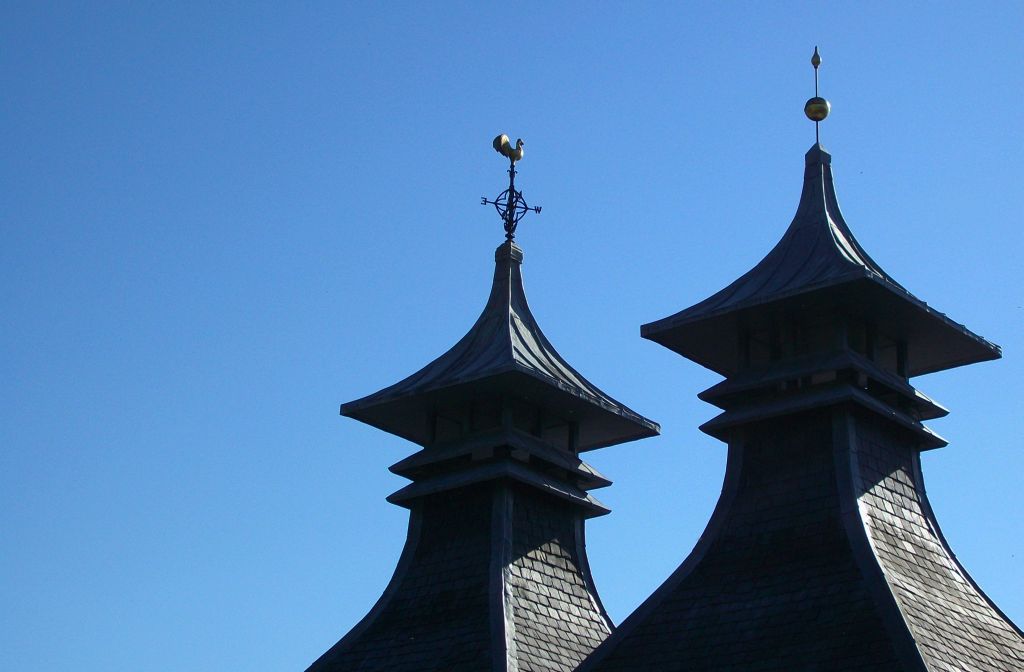 Strathisla is a much-overlooked dram that has been dear to my heart since my Oddbins days when I sampled it regularly (both Oddbins and Chivas were owned by Seagrams in those days so we got given a lot of Strathisla & Longmorn in the shops for customers to taste).  The 12yo pretty much defines ‘easy-drinking Speysider’ and as a result is often the victim of inverse snobbery by some malt aficionados whose current tastes, as we all know, drift currently in a more westerly, peaty direction.

These circumstances, in conjunction with parent Pernod Ricard’s understandable reluctance to invest in promoting a distillery whose relatively small output is almost entirely dedicated to the flagship Chivas Regal blend (of which it is the signature malt), combine to doom Strathisla to a peripheral role in the single malt renaissance.

This is a pity, as the 50cl Cask Strength Edition bottlings (of which more later) are invariably very good and, along with Gordon & Macphail’s fantastic long-aged sherried bottlings (usually available at ridiculously reasonable prices), they show what the distillery is really capable of to much better effect.

But I digress.  With a superb meal thoroughly enjoyed (our thanks once again to Martine & her team), it was back to Linn House for a couple more drams, a few ghost stories in the lounge with Michelle and Courtney and a well-deserved rest ahead of what promised to be a taxing day the morrow.

Coming Soon: Part Three of my Speyside adventure, which may contain scenes of mild peril.

Love your tales of dramness, Tim. And agree with you on Strathisla: criminally overlooked.

[…] festival. Brave readers happening on this post for the first time may want to read Part 1 & Part 2 first.  Proper breaks should be taken between posts for refreshment and the avoidance of […]

Nice to read that the current Longmorn 16 YO has markedly improved over the years. The first batch was indeed unimpressive.