Time for some more tasting notes now, but first a quick check on the predictions…

Well, the Ardbeg debate has definitely kicked off on the forums, with the news that the official website have raised their price of Ardbeg 10yo to £36.99 and the other two major online whisky sites selling out (or at least declaring that they’re out of stock). That’s one tick for the predictions (although as I said at the time, it was a total gimme, so it doesn’t really count).

Next up, I’m delighted to report that my last prediction (TWE to continue being the Daddy) is also coming true already, with us being crowned as World Online Whisky Retailer of the Year at Whisky Magazine’s Icons of Whisky awards for the second year running!!  This is particularly gracious of Whisky Magazine, who organise the awards, in the light of some harsh words from these quarters in the not-too-distant past.

Which brings me to a prediction I’m very happy to be wrong about – it is with a broad grin on my unphotogenic face that I am very pleased to announce that the latest issue of Whisky mag is, in my opinion, the best in ages. Now, obviously my favourite bit is page 12, where the winner of the Online Whisky Retailer of the Year is announced, but no, it’s not just because of that.  As well as articles on Kilbeggan and the Irish Whiskey trail (featured here by myself a few months ago), there’s a peaty malt tasting comparing the different facets of phenols and a terrific article by the most learned blogger out there, Chris Bunting (Nonjatta), on Japan’s White Oak distillery (the existence of which I was blissfully ignorant of until this week), which was worth the cover price alone.  Well-written, interesting, informative – that’s the kind of thing I want when I read Whisky magazine – more please! 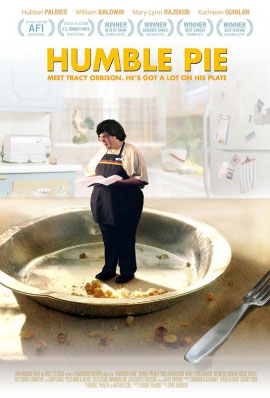 Congratulations to Rob, Dave and the rest of the WM team – definitely going in the right direction.  There’s still too many typos, but one thing at a time and content is more important.

Okay, enough self-abasement – on with the tastings.  It’s a tale of an exuberant young ‘un from Islay and some very much more distinguished old Speysiders (don’t have a heart attack, I didn’t taste them all at the same time).  First up, we’ve got Ardbeg Rollercoaster.  I thought I’d wait a couple of weeks on this for the general hysteria to die down before posting these notes.  Obviously you know by now what Rollercoaster is, so I won’t go into it again.  Many thanks to Claire at MH UK for my sample. 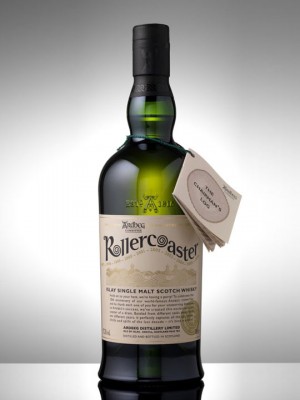 Ardbeg Rollercoaster - One for the fans. Bravo.

Palate:  Very maritime on the palate – copious salt alongside the expected soot, coal and white pepper. Bonfire notes as well, but also quite flinty and minerally.  Wet peat.

With water: more perfumed on the nose, sweeter and creamier on the palate – very pleasant.

Let me tell you a story.  Very early in 1989, aged 14, my friends and I attempted to get into our first ‘rave’ at the Art School in Belfast.  There was a crush against the big glass doors into the building (this turned out to be one of the last raves held in Belfast for several years as shortly afterwards the council banned repetitive beats – Idiots).  Having reached the front, I managed to fool the bouncer with my big coat and downy upper lip, but my friend (let’s call him K) was behind me and got stopped by the ticket girl, who asked him if he was over 18.  Waiting ten yards ahead near the cloakroom, I sensed that all was lost, and having already paid my entry fee I was facing the moral dilemma of whether to carry on by myself or rejoin my mates and forfeit the cash.

I needn’t have worried.  With admirable presence of mind, K pointed out to the ticket girl and the bouncer that he was, in fact, wearing a pair of purple jeans.  In Belfast in the 1980s this was a lot braver than it sounds. Clearly no-one who wasn’t a self-confident adult could conceivably carry off a pair of purple jeans, much less use them as evidence in a humourous way.  Anyway, the ticket girl wet herself.  The bouncer was so impressed with K’s audacity that he asked who we were with, and then went to the glass doors and extracted our other two friends from the crush to accompany us into the club.  It was awesome. 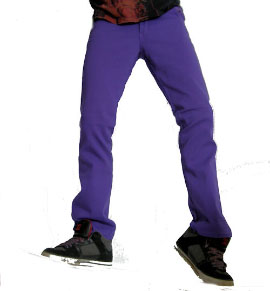 I tell this anecdote as a demonstration that sometimes the style, flair and balls-out chutzpah of youth can more than make up for a lack of maturity.  Ardbeg Rollercoaster has all of these in spades, and is a perfectly charming addition to the stable.  It doesn’t have the depth or texture of the Corryvreckan, nor the raw power of the Supernova, and it won’t win any prizes for elegance or subtlety, but that clearly wasn’t the aim.

In many ways, Rollercoaster could actually be the perfect committee bottling, in that there’s so much of it that the carpetbaggers are thwarted as any committee member who wants one can get one for a reasonable price and it’s not so special that folk will obsess over it and pay silly money for it in years to come.  For all of which LVMH must be heartily congratulated.

And now for something completely different:  it’s the latest TWE 10th Anniversary bottlings!  We’ve got a pair of absolute belters here, hot off the bottling line, and it falls to yours truly to do the tasting notes. 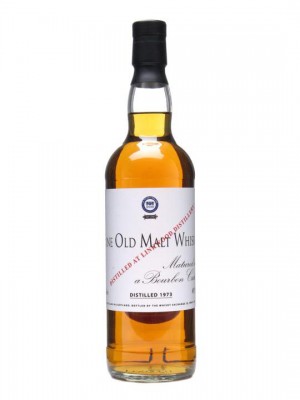 Nose:  Oh my.  An amazingly fresh, lively nose considering that this is a 36 year-old whisky.  Waves of fresh, tropical fruit on a bed of the most delicious toasty oak.  This is from a bourbon cask and it really shows, with textbook vanilla and coconut, plus natural caramel, sweet bananas, pancakes with syrup, some polished wood and fruit toffee.  It takes considerable self-control not to just start swigging straight away.  One of the most enticing noses I’ve encountered in a long while.  Amazing clarity and integration, and the fruit is sensational.

Palate:  Mouthwatering.  The oak is a powerful presence, but the clarity is still there and it never overcomes the fruit and natural sweetness.  Very pleasantly warming at full strength

Finish:  Lengthy, with fading sweetness and slightly drying mouthfeel in the way long-aged malts usually are, without ever tipping over into the nasty cardboardy notes of over-maturation.

Comments:  Just delicious.  Clearly from a bourbon cask to die for.  Personally, this is one of the most more-ish whisky I’ve tried, and prior to today I wasn’t much of a Linkwood fan.  This one has emphatically changed that. In fact, I seem to have topped up my sample twice now, best get on to the next one. 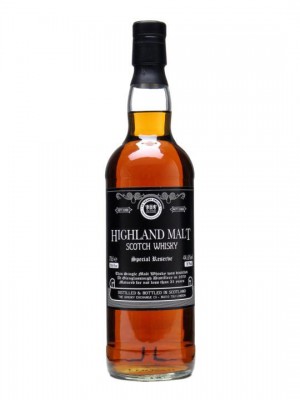 Nose:  This is turning into a very good day.  Richer and more forward than the Linkwood, with a beautiful dark chocolate and christmas cake character: heady notes of mixed peel, old leather, polished wood, almost like a rancio – yes, there’s definitely strong hints of OCP (Old Church Pews) going on here.  Like an aged chocolate orange liqueur, if there ever was such a thing (and if there wasn’t, there definitely should be on this evidence).  Opens up beautifully after 10-15 minutes.  I could happily sit here and nose this all night, but the pool hall is calling.

Palate:  Big and assertive oak again, with the added sweetness (by comparison to the Linkwood) of what I’m guessing was a top, top, top quality refill sherry hogshead but again this has been bottled just in time before the wood takes over.  Treacly and very chocolatey, with more than a hint of mocha and rich marmalade.  So characterful.  Not just old, but very old-fashioned Speyside whisky (and I say that with pride).

Finish:  Immense.  The orange returns and the coffee and treacle linger for a very long time.  Epic.

Comments:  Well, this is just superb.  Again, I know I would say that – but believe me, fans of old-fashioned sherried Speysides will lap this up.  An incredibly classy whisky, with just the right balance of oak and sweetness and as much depth as you can handle.

So there you have it – let me know what you think, and tune in next week for more of the same.
Cheers,

Well, this type of tasting notes are not very good for our wallets 🙁
Otherwise, I really enjoyed your post. Longing for the next one!

[…] a Clynelish 37 year-old bottled at 46%.  It’s got high standards to live up to – I really enjoyed our recent Linkwood and Glenglassaugh and the rest of the bottlings have all been bloody good (if […]