“Can I throw my apple-core in the sea?” 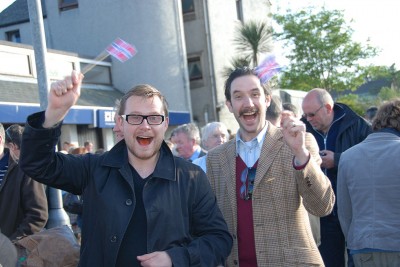 Joel and Neil got overly excited considering that they're English

Presented by Simon Brooking, Brand Ambassador for Laphroaig for North America and Vicky Stephens, the Visitor Centre Manager, this tasting was a great way to compare the out-going product with the newer replacements.

Especially nice is the Cask Strength 10 Year Old (Batch 001). Apparently, according to new laws, when bottling a cask strength vatting, distilleries must now publish a batch number and a year of bottling. This “first edition”, they said, would sell out extra fast as a result. They also said that there’d be 6000 cases, though, so probably no need to panic just yet. 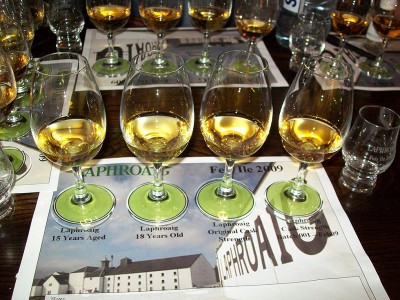 In terms of difference between the current version and the new edition, the main differences are that the new version is sweeter on the nose and sootier on the palate, with notes of Fishermen’s Friends, clove and potato peelings.  Great long, warm finish.

After receiving our Laphroaig ‘rent’ (certificates and a mini of Quarter cask), we headed for a quick cheese cob for lunch in Port Ellen, before heading back up to Laphroaig for one of the best events thus far: “Source, Peat, Malt; The Hands-on Laphroaig Experience” with John Campbell, Laphroaig’s distillery manager.

This started with us donning wellies and jumping into the Laphroaig-mobile and being driven up to near the water source, the Kilbride reservoir, where we had a quick dram of the 10yo and tasted the peaty water while John regaled us with a tale of the early 20th-century dispute with near neighbours Lagavulin over the water source.

Back in the car, after a quick pose for John’s Tweet update, we drove down towards the airport to the bog where Laphroaig get all their peat for their own maltings.  Before we could tuck into the new cask strength (accompanied by the delicious Laphroaig cheese) we had to earn our dram by cutting some new peat from the bog.  This proved rather comical, with Joel turning out to be a natural, while Neil had rather less success (something to do with his Chappish aversion to a hard days work, no doubt). 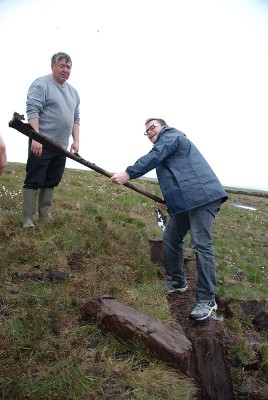 After much hilarity, we bounced back into the people-carrier and headed back to the distillery where we took in the floor malting.  We thought the laughs were over for this tour, but more fun was to be had with all of our thoroughly inept performances on the malting floor (special mention for Tim’s inept performance at the steeping bin). 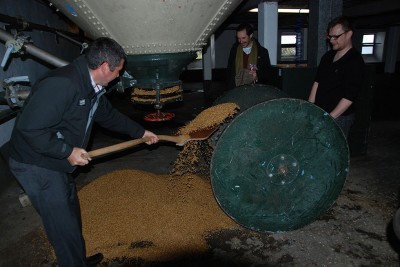 Poor old John had to clear up after me

As the evening beckoned we headed into Bowmore for the Homecoming parade.  This entailed having to turn down a very kind invite from the Lindores Whisky Society to join them for a special lobster and whisky evening in Lagavulin Hall.  However, we were unable to accept because we had very little to offer in the way of suitably special whiskies, and we also wanted to take part in what turned out to be a very special event.

Blowing for Scotland: The Islay Pipers

At 6.30pm it seemed like the whole island had lined the streets of Bowmore in anticipation.  However, this being Islay time, the event kicked off a little late, giving us plenty of time to assume prime viewing positions at the bottom of the street.

The earlier overcast skies had cleared, leaving a warm evening with a bewitching late afternoon sun fading to twilight as the distillery managers led the parade to the square, followed by assorted emergency services, Brownies, kid’s football teams and a horde of enthusiastic flag-waving ankle-biters.  After the compulsory speech from Lord Robertson (probably the last politician with any credibility on Islay, being a local lad), it was time for the party to commence with the distillery managers introducing local acts and Scottish bands for the evening’s entertainment. 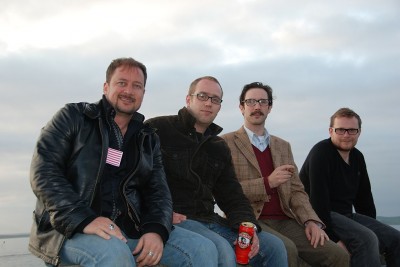 Meanwhile, our alter egos, Mandate, had drifted down to the harbour wall to catch another glorious sunset, with the late evening rays bursting through clouds onto the shimmering waters of Loch Indaal.  It was yet another special moment in what has become an almost transcendental trip. 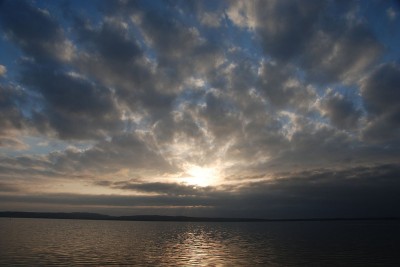 Take That and Party - Bowmore Sunset

followed your alcohol induced scribblings all week seems you had a great time.could not make it this year,but making plans for next year,trust you are all well and fully recovered.best regards Boyd.

[…] The Whisky Exchange Blog (co-written with caskstrength.net) – In their Day 7 Feis Ile festival report, the TWE/Caskstrength team reports on Batch 001 and says it’s sweeter on the nose and sootier on the palate than the original CS. […]