No Comments on Up-cycling Your Christmas Drinks Part 2 – Port

Port’s reputation in the UK has become a little dusty. It is, in the mind’s eye, just heavy wine – sweet and delicious, certainly, but also, perhaps, reminiscent of being slightly too hot, and a bit sleepy after a big meal. It’s also a cousin of sherry which is, primarily, to the uninitiated, what nans drink – a perception which, by association, tends not to do port many favours.

The above is all complete nonsense though (apart from the “heavy wine” bit – I stand by that). Port is impressively flavoursome and deceptively versatile. On the continent they drink it chilled from voluminous wine glasses; they lift it with ice and tonic and a sprig of mint; they cook with it, they sip it, they mix it. Port’s up to much more than the simple digestif duty to which we’ve condemned it – we’ve just forgotten how to use it. 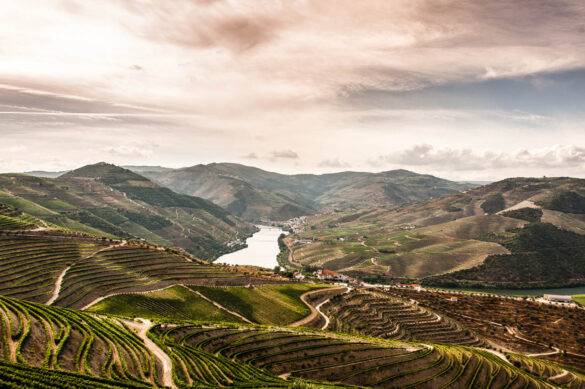 The Douro Valley is very hot and dry. Chilled port is a must.

With no more ado, then, here are a few ideas on how to save the second half of that bottle in your cupboard from simply waiting for next Christmas.

Turkey might just be for Christmas, but roasts are for life, and roasts, dear reader, demand gravy. Onion? Great. Red wine? Sure. Port? Prepare to impress people.

Roast your roast, remove food from pan, and deglaze said pan with your Christmas port. All that awesome flavour will combine with the awesome flavour already contained within your port, to produce one of the greatest gravies known to human kind – a chimeric, delicious wonder-sauce.

The Old Fashioned is a classic – not to mention relatively simple – cocktail which has undergone a massive surge in popularity in recent years. Most commonly served as a whisky cocktail, its spirit-forward construction – and thus, flavour – has made it a favourite with discerning drinkers; those who would rather a cocktail accentuate their spirit of choice, rather than obscure it. 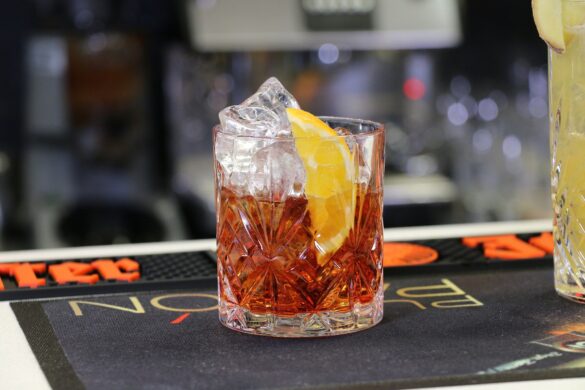 The Old Fashioned is a modern classic.

The ingredients for an Old Fashioned are – in addition to your cornerstone spirit – sugar, bitters, and orange rind. Now, as it turns out, all three of those things meld rather beautifully with port. Indeed, add them all together and what you end up with is something remarkably close to a chilled, incredibly sophisticated mulled something.

A word of warning: you might want to go easy on the sugar – port is naturally fairly sweet – and too much bitters will obliterate the finer points of any port’s flavour profile, but a little of this and a touch of that should reward you with a truly delicious drink.

Pot Luck – Get Cheesed Off

Some things are classics for a reason. Sometimes that reason is obvious. Sometimes it isn’t and it takes a change in perspective to really drive the point home.

Port and cheese has been a staple combo for, we can only assume, ever. But that might also be a part of, if it has one, port’s problem. Combine that association with heat and comfort, with an image of soft brie at the end of an afternoon or evening of overindulgence, and everything starts to feel a bit stodgy. The solution? Do as the Portuguese do. 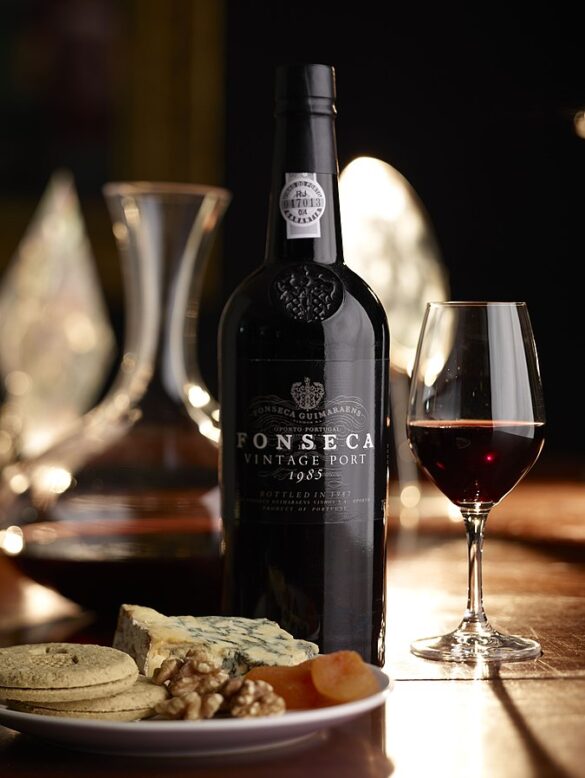 Ruby port and stilton. Delicious, but don’t you feel slightly too warm just looking at it?

Take that bottle, sling it in the fridge for an hour, nip to the shop for a wedge of strong, hard cheese, and get stuck in. This cooler, altogether fresher take on port and cheese is as well suited to an evening in your kitchen as it is the hot, dry climes of the Douro valley where port is made, and will provide a brand new take on the flavours that make this pairing such a timeless one. Saúde!

Cooking – Generosity Is A Virtue

Now, look – you’re going to think this is a cop-out, but the answer to cooking with port is to use it everywhere you might use red wine, and to start getting inventive. It’s the new year, there are tonnes of recipes and techniques you’ve been meaning to try out but haven’t yet got around to, and you’ve got half a bottle of port in the cupboard. Time to get stuck in!
Caramelise those shallots, slow cook that lamb – hell, bake that chocolate cake – and do it all with a generous glug of your delicious new pal: port.

We’ve now discussed the myriad virtues of drinking port cold at some length – they being that it is cool, refreshing, delicious, and you can pair it with stuff that you might not if served at room temperature. Port in Sangria might be taking things to a whole new level, but bear with us.

Most Sangria recipes call for the addition of sugar, brandy, or both. Port, being, as it is, already fortified, negates the need to have a whole other type of alcohol to hand just to enjoy your favourite Iberian beverage. If anything, the addition of some water or tonic or similar will only lift its fruity deliciousness to further, previously untold heights – heights themselves scattered richly with bits of delicious fruit.

All of which is a rather convoluted way of suggesting that Sangria – itself just as native to Portugal as Spain – might just be the perfect drink through which to share your leftover Christmas port with your friends, and lift the spirits of all involved. Or just turn the heating right up, don a swimsuit and throw an at-home beach party for one – no judgement. 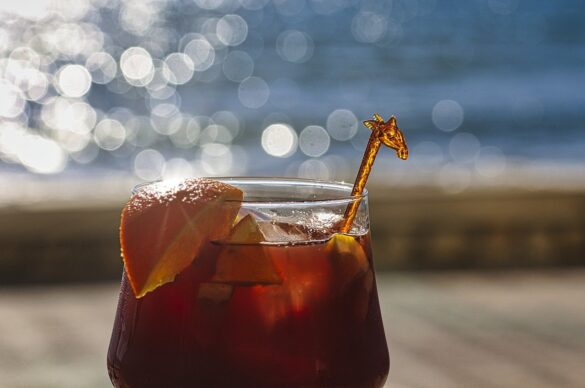 This is just a photo of sangria held up in front of my desktop background.

You know what they say: drizzle is the spice of life. And rarely is that statement truer than in discussions regarding port syrup.

A quick Google (other search engines are available) will provide a plethora of recipes for this resplendent reduction – the crux of which as follows: add sugar to port; warm and stir until sugar dissolved; cool, then refrigerate – so we’re going to, albeit briefly, concern ourselves with what one might use the resultant substance for. Here goes. Fair warning: it’s mostly about drizzling it on stuff.

And just like that, the bottle of port you thought you’d be holding onto for the next twelve months is one of the most versatile items in your kitchen. You’re welcome!

Part one of this series appeared previously – Up-Cycling Your Christmas Drinks Part 1 – Vermouth.