American whiskey is on the up. While Irish whiskey may be the fastest growing in the world, the USA is gaining ground as the connoisseurs choice. Whiskeys like the Van Winkle range are snapped up in seconds and appear at auction for thousands of pounds, but there are still loads of great-value special releases, many of which are now making their way to the UK. We’re very please to have grabbed one for ourselves – a single-barrel release of Eagle Rare 10 Year Old.

Eagle Rare is one of the many whiskeys produced by the folks at Buffalo Trace, a 10-year-old bourbon that’s picked up loads of awards since its first appearance back in the 1970s. It’s changed a bit over the past 40 years, with the name moving between a number of different whiskey producers, but the current incarnation has been in the hands of Buffalo Trace since the end of the 1980s.

The regular Eagle Rare 10 Year Old was, until a few years ago, a single barrel bourbon, with every bottle from just one barrel. These days it’s a small-batch release, giving us the chance to fill the single-barrel gap with our exclusive whiskey.

The thing which stood our for us in this single cask was the fruitiness. Eagle Rare is an intense whiskey, with layers of oaky spice and rich sweetness, but this also had the kind of fruity character that we love in whisk(e)ys from all over the world. Once we tried it, we had to have it: 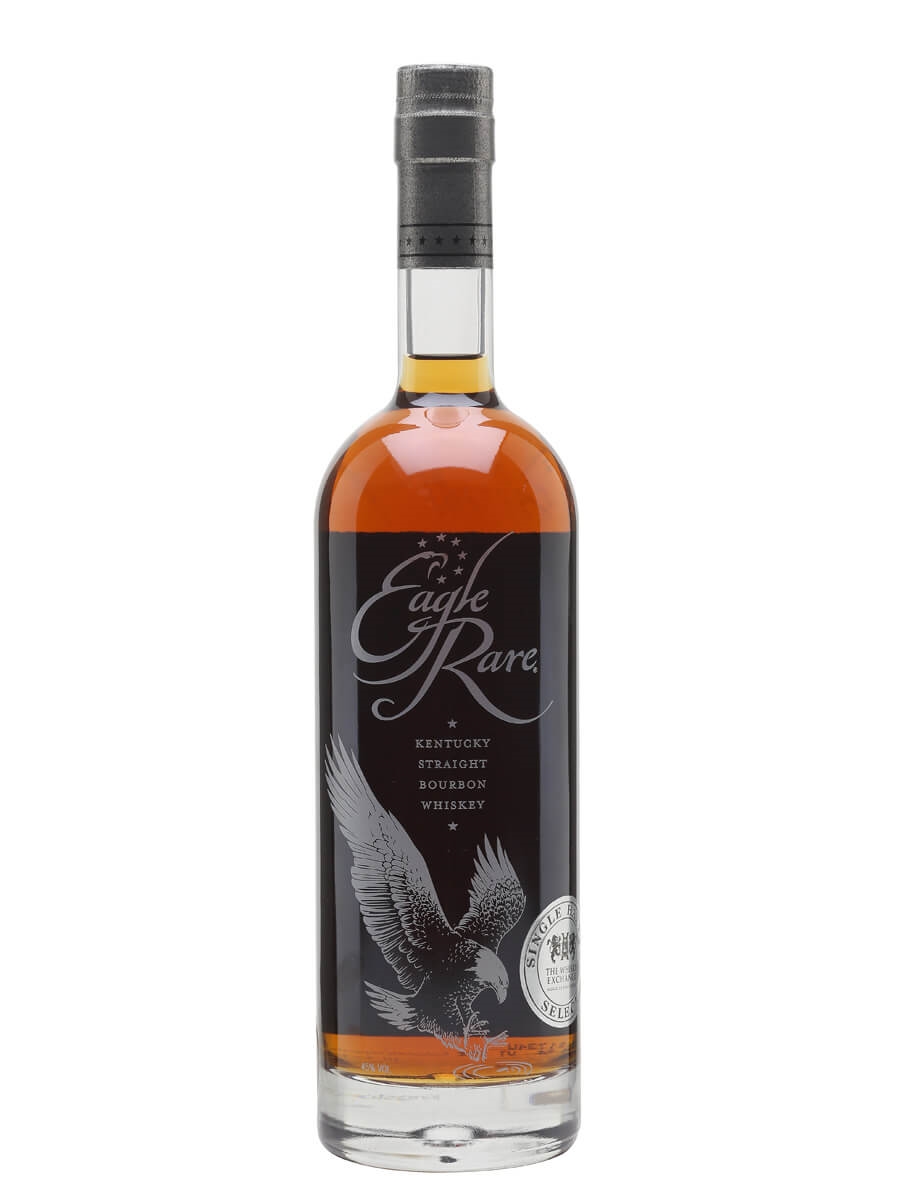 Nose: Toffee, raisins and marzipan. Caramelised brown sugar follows, along with fruity bread pudding. Under the layers of sweetness are touches of spice and fresh fruit: toffee apples and overripe pears.

Palate: Creamy in texture with bittersweet burnt sugar up front. Apple sauce and raisin sweetness follows, with cinnamon sugar and malt loaf richness. Some apple-skin sharpness floats around the edges along with balancing barrel-char bitterness. A hint of Ribena blackcurrant builds through the middle.