George Clooney, Matthew McConaughey, Mila Kunis and even Danny DeVito. Are stars attracted to spirit brands because they believe in the product, or just the money?

Early in the film Lost in Translation, Bill Murray’s character, an over-the-hill American actor in Japan to endorse Suntory whisky, is shooting an advert. He sits silently while the director yells instructions (in Japanese), with a translator on hand for guidance. With limited understanding, Murray delivers his lines only to be cut off repeatedly by the fiery director. The scene is genius because of Murray’s discomfort, his suspicion of the translator, and his general mood sat in a tuxedo endorsing whisky for a quick buck.

Whenever I see a celebrity endorse an alcohol brand, I always wonder if they went through a similar experience to Murray’s character. Earlier this month, when Matthew McConaughey was announced as the new ‘creative director’ for Wild Turkey bourbon, he made a convincing case that he is more than just a celebrity spokesman: releasing a six-minute (admittedly stirring) video of him walking through the distillery while narrating in his trademark southern accent. He promises to have his ‘hands in the clay’ and ‘wants to be a part of the whole story’ – an elaborate exaggeration or genuine passion?

I think McConaughey is convincing, but I’ve laid out some more examples of celebrities who have dipped their toes into the world of spirits. The question is: are they just wooed by the cash, or are they credible?

Clooney and Rande Gerber (husband of supermodel Cindy Crawford) have turned one of their favourite drinks into a genuine pet project. Clooney is the key figure in the advertisements for Casamigos Tequila, claiming that the brand came about through ‘Tequila-filled nights’ with shots of him biking through the fields, pouring shots for employees, and so on. I think the two-time Oscar winner isn’t just after an easy pay cheque, and it’s probably for the best he didn’t quote one of his memorable From Dusk Til Dawn lines: ‘OK, hard drinkers, let’s drink hard.’

Cash or credible?
Credible. Clooney probably enjoys dishing out his own Tequila as much at Oscar parties as he does when in front of the camera.

Michael Imperioli, star of iconic drama The Sopranos, attached himself to 1800 Tequila back in 2009. I’m going to come out and confidently say the man who played Christopher Moltisanti had very little emotional investment in the success of the brand… and perhaps that is what makes it a good relationship. His complete indifference in the advert below matched 1800’s ‘Kick Back’ campaign perfectly.

In 2014, Jim Beam changed its brand ambassador from country-rock singer Kid Rock to Hollywood star Mila Kunis. One of her first videos was an entertaining montage of landmarks in American history with flashes of Jim Beam logos and memorabilia. The ads are a success and I think that Kunis is a confident host and brand ambassador, but I have a difficult time believing that the Friends with Benefits star is a genuine bourbon fan. 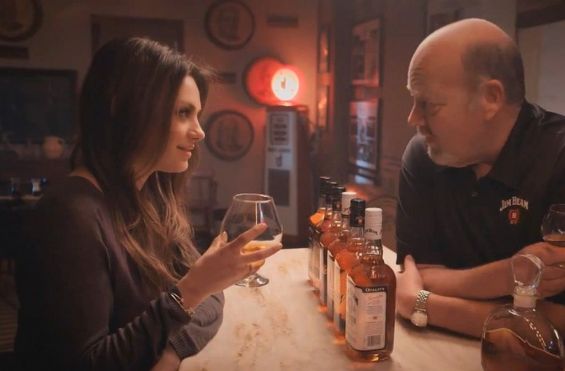 Yes, you read that right. Danny DeVito Limoncello. You have to give him credit, DeVito wasn’t drawn to a globally recognised brand or even a popular spirits category. No, the Twins co-star confidently attached his name to the Italian aperitif limoncello – complete with an old-school scratch-and-sniff label. While I can’t attest to the quality of the drink, anyone can agree that the unlikely endorsement has brought an enjoyable stream of marketing campaigns, including a fantastic print advert and even its own song. If you don’t believe me, just watch his promotional video below…

Cash or credible?
Who knows…

In 2007, Dan Aykroyd decided to invest, create and promote Crystal Head vodka. The product has won praise from writers and pundits and is considered a serious vodka, despite its founder making his name with the rather light-hearted Ghostbusters and The Blues Brothers. However, as the below video shows, there is nothing lighthearted about Aykroyd’s commitment to Crystal Head – the funny man is clearly in this for more than just the money.

Cash or credible?
Credible, no question. 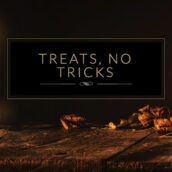